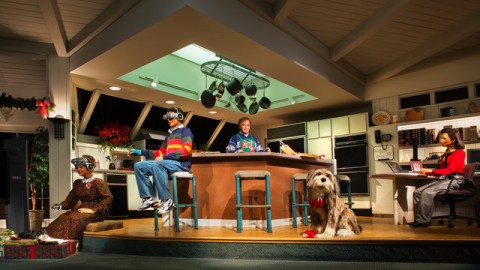 Whether you’re visiting Magic Kingdom for the first time or you’ve spent more time there than at your real home, you still might not have done everything. The design of the park encourages repeat visits, and some of the most entertaining options are less heralded. I'm not talking about obvious things like riding Space Mountain or watching the various fireworks and parades. Let's talk about the hidden gems at the park. Below is a list of nine things you must do at least once while you’re at Magic Kingdom. 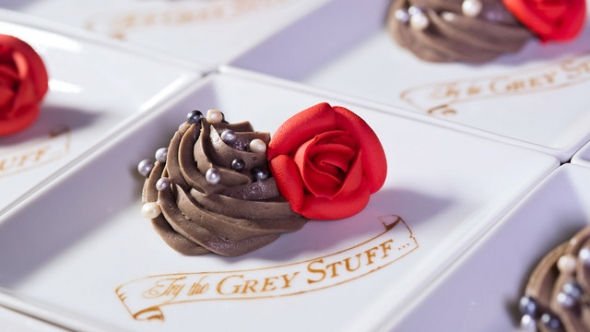 Getting to eat at Be Our Guest is still something of an event. Even a couple of years after the restaurant’s debut it remains the most difficult Advance Dinner Reservation to claim. When you eat there, there’s something you simply must do. No matter how cliché it sounds, you have to sample The Grey Stuff, one of the tastiest desserts at any theme park in the world. This cookies and cream panna cotta looks like a cupcake, but the flavor is pure ambrosia.

2. Shhh! Figaro, there's somebody in here! 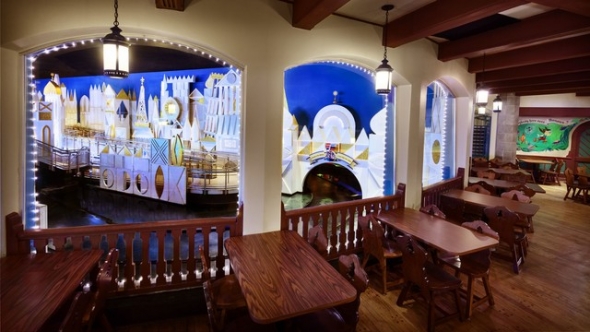 Pinocchio’s Village Haus is one of the hidden gems of Magic Kingdom. It’s a quick service restaurant that seems understated and simple on the surface. Some lucky guests know that it harbors a secret, though. A few of the tables in the building overlook the adjoining It’s a Small World attraction. You can people watch the line queue as well as the departing boats. While so many meals at Magic Kingdom suffer from a certain sort of sameness, Pinocchio’s Village Haus is different each time. You enjoy a rare view of other theme park tourists relishing their time at the Most Magical Place on Earth.

3. If only Casey could but get a whack at that. 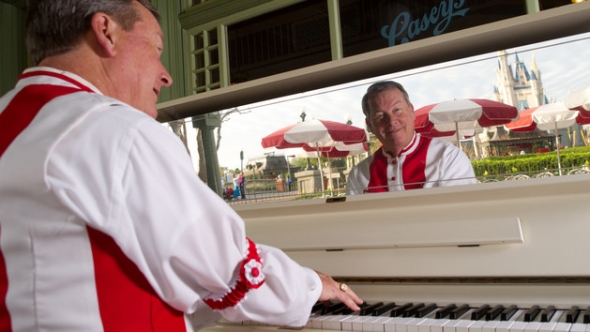 While we’re on the subject of dining options at Magic Kingdom, you’ve undoubtedly walked by Casey’s Corner more times than you can count. Perhaps you’ve even grabbed a hot dog a time or two. Have you ever stopped to listen, though? The smiling pianist at Casey’s Corner is a local institution. His name is Jim Omohundro, and he’s held the same job for more than 30 years now. He adds the background tunes that provide the exterior ambience for your meal. At some point, you need to take the time to enjoy performances such as this one.

4. He started practicing some of the boss' best magic tricks before learning how to control them. 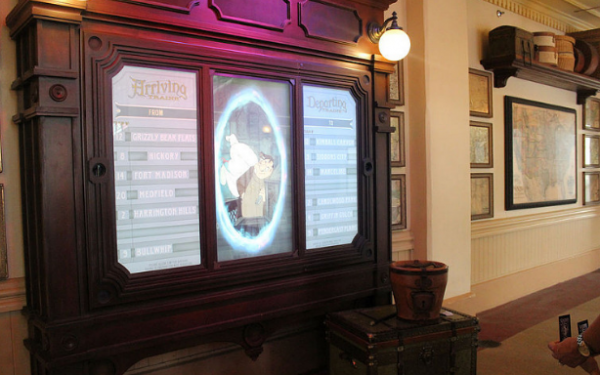 While a certain other park in Orlando, Florida, enjoys the presence of a famous wizard, you should remember that Walt Disney first dabbled with magic in 1940. His Florida park cheekily plays on this with an interactive card game. Sorcerers of the Magic Kingdom presents an opportunity to enhance your day at the park. As a sorcerer’s apprentice, you’ll receive a Key Card. This activates special “missions” handed out by Merlin himself. Through your Key Card, you’ll have a chance to fight several Disney villains throughout the various themed lands of Magic Kingdom. It’s silly fun that turns a theme park visit into a series of quests, and it’s well thought out. Your Key Card tracks your progress, which means you can pick up where you left off the next time you visit the park.

5. In every job that must be done, there is an element of fun. 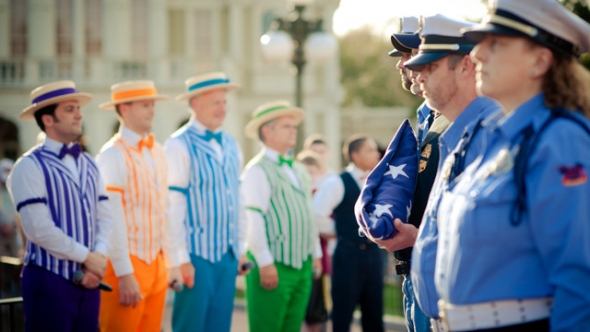 The Dapper Dans can carry a note, crack a joke, and wear a seersucker suit like nobody’s business. They also ride a bicycle built for four. This unforgettable act is a celebrated part of Disney folklore. Still, I’m constantly surprised by how many other Disney fans indicate that they’ve never taken the time to enjoy a performance. This barbershop quartet is recognizable from far away, and any self-respecting theme park tourist has to watch them at least once.