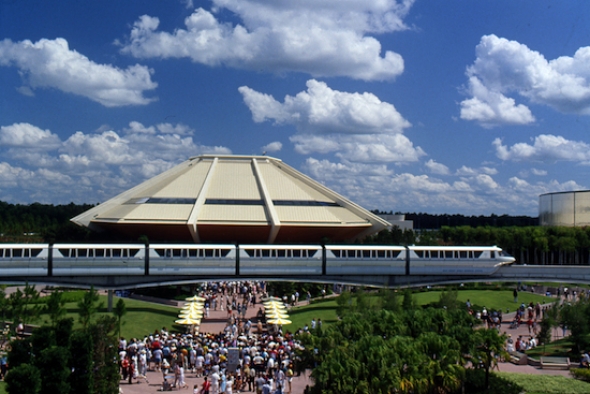 At Walt Disney World, Disney battled against a problem they couldn’t solve. Despite numerous attempts to draw attention to one of their earlier attractions, audiences continued to ignore it. That’s not to say it wasn’t popular. To the contrary, the most ardent supporters of the dark ride, myself included, continue to lament its absence to this day. Alas, Horizons lost its corporate sponsorship with GE during the early 1990s. From that point forward, Disney viewed it as something of a financial albatross.

Park planners felt stymied by their situation. They’d already spent a small fortune on Horizons, even if they hadn’t built the building as large as their blueprints had originally indicated. They had this massive building, and they wanted to reinvigorate it with a product that would attract lots of tourists to Epcot. In a perfect world, they’d also persuade some deep-pocketed corporation to sponsor the new ride.

Given Disney’s tendency toward space travel, a logical successor to Horizons would be something similar to Mission to Mars, only modernized. The catch was that the corporation had penny-pinched during the construction phase of Horizons. They’d saved $10 million by making it smaller, with a shorter ride track. It also lacked many of the features that state codes by that point required for disabled guests. For Disney to build something new at Horizons, they’d face a seemingly impossible choice. They could either retrofit a new attraction as an overlay on the original, or they could tear down the entire building. 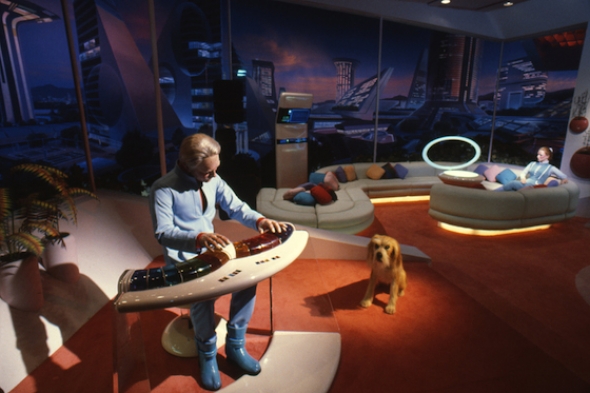 Ordinarily, analysts who follow the history of Disney would rightfully expect the company to do whatever is cheapest. People were going to come to their parks anyway, which meant that the corporation felt no need to spend extra money pointlessly. Conveniently, this turn of events transpired during the "Disney Decade", the timeframe during which then-CEO Michael Eisner wanted to push his company toward, you guessed it, a better tomorrow.

After careful analysis, Disney’s management team chose to do something new, something unprecedented. They would destroy the building that hosted Horizons and start from scratch. 25 years after calling their shot with a different attraction, Disney was finally going to Mars!

If you want to go to Mars, you’re gonna need some astronauts 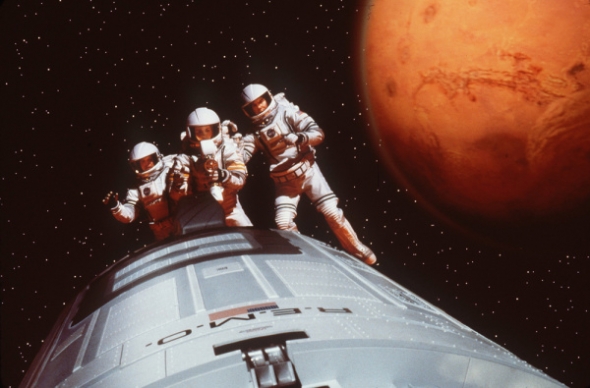 Authenticity is always critical to the inventors in Disney’s Imagineering department. They weren’t about to waste thousands of man-hours on something that critics would deem scientifically inaccurate. Once Disney execs settled on a premise for their new ride, one of their first moves was to contact NASA. The working relationship between the two entities went back decades, and the debut of EPCOT Center had cemented their connection. Disney employed several former NASA officials and astronauts, and carried a few others as frequent consultants. Walt Disney would surely have smiled if he’d seen how closely his employees interacted with men who had actually been in space.

In the months leading up to the debut of the new attraction, NASA delivered several press releases to the media. In one of them, they noted: “Over the past few years, NASA provided Disney's Imagineering team with tours, briefings and discussions on current human and robotic missions, as well as the challenges that future missions, like a trip to Mars, might present.”

Phil West, a retired engineer and company spokesperson, offered his thoughts. “Part of our mission at NASA is to inspire the next generation of explorers. The U.S. needs them to be our inventors of tomorrow, and NASA needs them to explore new worlds and improve life here on Earth.” He later added, “So when Disney approached us, it was a natural fit.” 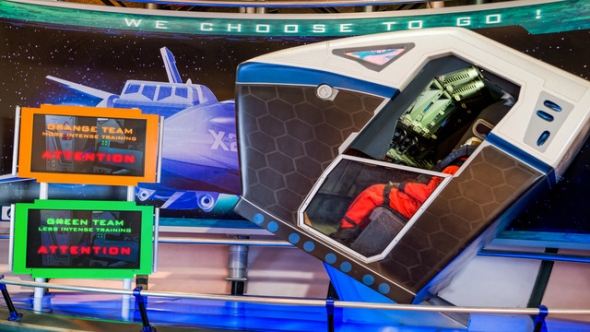 In the early 2000s, NASA and Disney intended their joint venture to boost space travel. The idea both organizations have held is that the young minds of today will become the scientists, inventors, and astronauts of tomorrow. All they need is an understanding of what’s at stake as well as what’s possible.

To stimulate dreams of a second space race, the first step Disney needed to take was to identify what they could and couldn’t do. NASA employees found this process puzzling but engrossing. Part of the magic of Disney is that they must craft rides that will do more than prove scientifically accurate. They must also add a sense of whimsy and wonder so that their park guests will remember each visit long after it’s over.

Mission: Space in theory needed a great deal of scientific fact. In execution, it would also require science fiction, the extra touches not based in reality that are always the secret sauce in Disney’s theme park recipes. In the particular case of plausible travel to Mars, Disney chose to add a second play area, one where kids could enjoy videogames based on the ride they just experienced. That way, they’d enjoy a highly educational theme park attraction without it feeling like a science fair. Then again, Mission: Space’s fixation on appealing to kids might be where the situation took a turn for the worse.

One error in your article, Mission Space is not the only Disney attraction with sickness bags. Mickey's Fun Wheel at California Adventure in Anaheim features sickness bags as well.

"No matter how desperate Disney became in altering the dynamics of the ride, the results are universally positive. The developers of Mission: Space, who by the way participated in a protracted legal dispute with Disney over payment shortfalls and intellectual property, claim that more than 35 million people have ridden the twin versions of the attraction. It’s undeniably one of the most popular Walt Disney World additions of the 21st century."
"Perhaps this news explains why the lines at Mission: Space remain modest during all but the most popular periods on the calendar despite the paucity of thrill rides at Epcot."
"...and one of its most popular draws in the 21st century."

Okay, former Mission Space cast member here (Using a pseudonym to protect my identity cause it's necessary, just hear me out). I worked at Space for about 6 months before moving to another park for higher pay, but I loved Space. Most of the information in this article is incorrect. It's not falsified, just misinformed, not qualms there, but those "Closets" are nothing more than a sink with clothes and towels. Oh and our lost and found. Now, when you get into a capsule, a cast member checks your restraints (Don't ever say "I CAN'T REACH THE BUTTONS." We know, and we don't care). Once we close the capsule, we make sure everything is okay and we close and lock the doors, then we push the big green button and begin loading for the next cycle. After that, we have about 4 minutes to do nothing, but we monitor the ride using cameras and a series of messages, we also have a cast member sitting behind that glass in the queue, which EVERYONE always asks "Are they real, and what are they doing?" The answer to both is yes, and they're making sure your sorry butt is safe. They mark down all the red text that pops up on 4 different monitors, usually if a door fails open it causes a ride stop or a dispatch inhibit. No big deal, we just clear them and continue. If someone Code Vs, that cast member calls custodial who then shows up 30 minutes later, and takes 40 minutes to clean. The floor on the ride drops out and the ride itself spins at 35 mph. Not that fast, right? Right. 2.5 G's are literally nothing compared to what real astronauts encounter, up to 8 even 10 G's. Also, please don't bend the launch tickets, we reuse those.

Actually, 1 G of force is equivalent to your body weight. 2 Gs would be twice as much as your body weight while 0 G is weightlessness. 1 G does not make you feel twice as heavy as this author stated.

It is a very interesting article, but many people fail to realize that other beloved attractions at Disney parks have had more deaths-Space Mountain at WDW for example has had three. And simply because of the incredible amount of people that visit Disney parks each year attractions will just happen to have a death occur in conjunction with a ride on them. Even the carousel at Magic Kingdom has had a guest die after riding it.