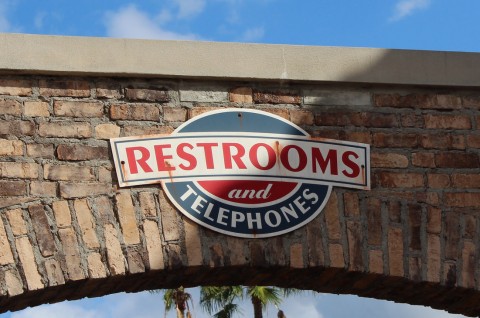 Have you ever wondered what happens after you go to the restroom at Walt Disney World? The answer may amaze you.

The sprawling Walt Disney World Resort is said to require an equivalent level of infrastructure to a city with a population of around 300,000 people. Inevitably, the seething mass of humanity that occupies the resort’s theme parks, water parks, restaurants and hotels every day produces an extraordinary amount of waste. Dealing with that waste is one of Disney’s biggest headaches, and to make things even harder the extensive systems that it uses must be almost entirely hidden from guests.

Back when the resort first opened in 1971, Disney estimated that each Magic Kingdom guest would dispose of between one and one-and-a-half pounds of trash each day. Little wonder, then, that the famous AVAC system installed to remove the garbage from the park handles up to 80 tons of material in a single day.

When it comes to waste, though, there’s another huge source that must be dealt with: the human body itself. The tens of millions of people who visit Walt Disney World each year each visit the restroom several times per day, and all that sewage has to be disposed of somehow. Appropriately, given Walt Disney’s original ambitions for the resort as a testbed for new technology, the system Disney has put in place for handling all that human waste is as cutting edge as they come… 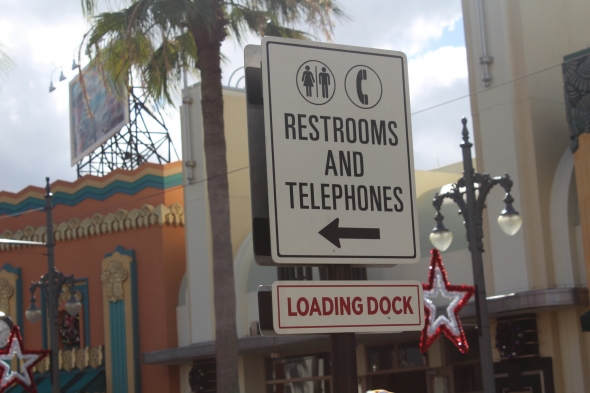 We don’t have an exact count for the number of restrooms there are at Walt Disney World. Certainly, there are dozens of toilet cubicles at each of its theme parks. Then there are the en-suite bathrooms of the 25,000+ rooms at its various on-site hotels. Whatever the precise count, there are a lot of them. As a result, in 2004 Walt Disney World reportedly used some 194,871 miles of toilet tissue.

The restrooms are perhaps the one place in the theme parks that you literally can’t avoid visiting. But what happens after you hit the flush?

The sewage system at Walt Disney World is operated by the Reedy Creek Improvement District, the Disney-controlled government of the resort area. First, the water (and the waste within it) will be washed into the building sewers, connecting into the park (or resort)’s wider system and passing through progressively larger branch sewers (mostly powered by simple gravity) and main sewers before hitting one of 29 lift stations. These are underground pits, in which the sewage collects. When the sewage rises to a predetermined level, a pump forces it upwards into a pressurized pipe system, from where it eventually reaches the largest diameter lines in the sewer system – the gravity interceptors, and makes its way to.... 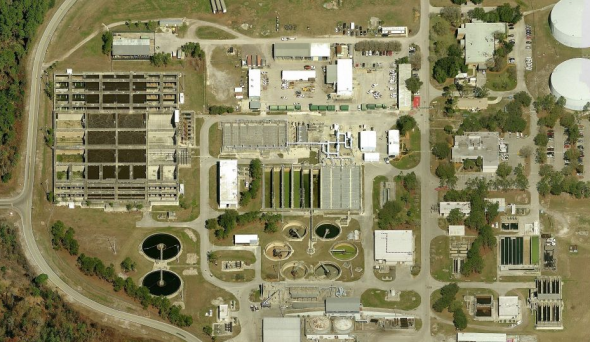 Of all the “backstage” areas of Walt Disney World, this is perhaps the one Disney would least like you to visit. The Reedy Creek Improvement District operates its own wastewater treatment plant, with a capacity of 15 million gallons per day. It’s located just to the north of Disney’s Animal Kingdom, part of a cluster of facilities that includes the Materials Recovery Facility (a recycling center that processes 30 tons per day of cardboard, paper, steel, aluminum, glass, and plastic).

The sewage passes through three stages: primary, secondary and tertiary treatment. The primary stage involves sewage passing through large tanks, in order to settle the sludge and enable grease and oils to be skimmed off the surface. The secondary stage degrades the biological content of the sewage (which includes human waste, food waste, detergent and other things that are flushed down toilets and washed down sinks). We’re not sure exactly what system Reedy Creek uses, but the majority of municipal plants use bacteria to consume biodegradable contaminants (sugars, fats, etc.). The tertiary stage further improves the effluent quality before it is discharged back into the environment.

The treatment system that Reedy Creek employs is so effective that the resulting water is actually safe to drink, having been treated to advanced levels that exceed state and federal requirements. But instead of serving it up to customers, Disney instead puts it to a number of other uses. 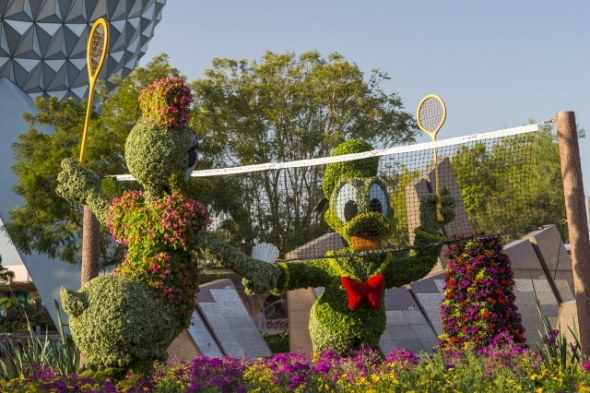 Walt Disney World was built on 25,000 acres of what was essentially swampland. Nowadays, some 4,000 acres are landscaped across Walt Disney World’s theme parks, golf courses, hotels and other public areas. An army of more than 600 Cast Members is responsible for maintaining this acreage, planting around three million bedding plants annually across 300,000 square feet of flowerbeds, as well as tending to 175,000 trees and more than four million shrubs. There are 13,000 rose bushes alone at the resort, along with 2,000 acres of turf. 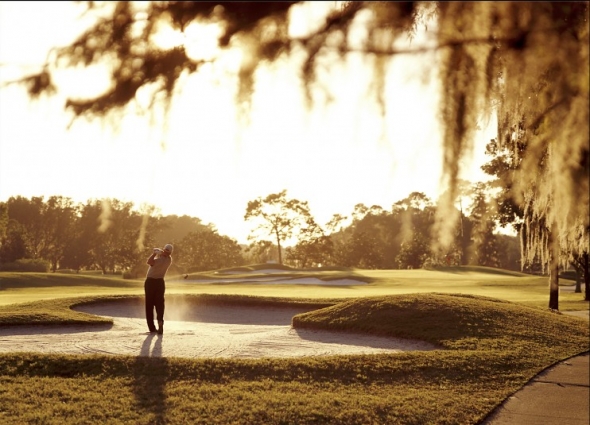 Given the enormous number of plants at Walt Disney World and the Florida climate, effective irrigation is essential. Some 65,000 sprinkler heads and 2,000 miles of water pipes help to keep the plantlife watered. Where does that water come from? Most of it comes from the water treatment facility – in other words, your waste is recycled into the stunning floral displays that you enjoy as you wander around the resort.

So that the waste water is not itself wasted, Reedy Creek employs a series of weather stations, along with more than 800 controllers throughout Disney’s properties, 80 rain sensors and more than 11,000 valves used to control the irrigation. The weather stations record the conditions, and sophisticated computer programs then automatically dial up or down the irrigation. 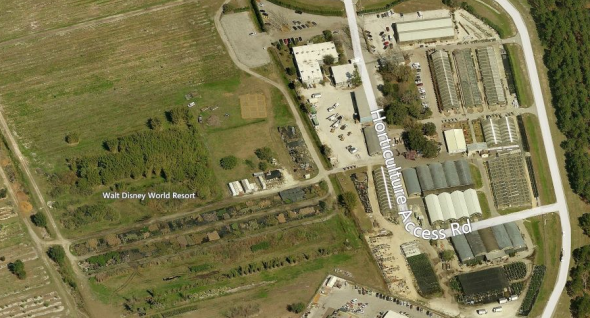 Located conveniently close to the water treatment plant is Walt Disney World’s 110-acre tree farm. Here, horticulturists tend the thousands of plants that are needed to landscape the resort. The resort features plantlife from every continent except Antarctica, many of which require three years of acclimation to Florida soil before being planted "on-stage". Again, the water used to irrigate them comes from the plant. 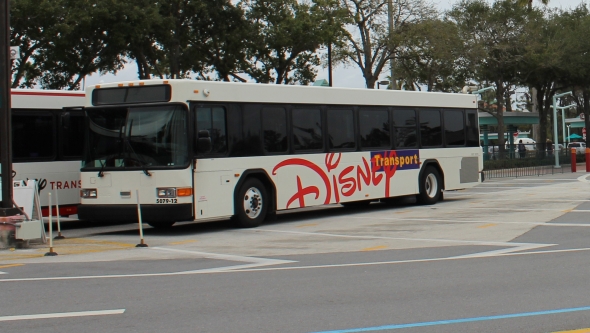 If you’ve ever arrived at the gates of a Disney park before it opens to the public, you’ve probably noticed that – despite the Florida heat – the streets are all wet. That’s because they’ve been hosed down using – you guessed it – reclaimed water from the treatment plant. The same water is also used to clean the resort’s fleet of buses. In total, the plant can handle a demand of 6 million gallons per day of reclaimed water. 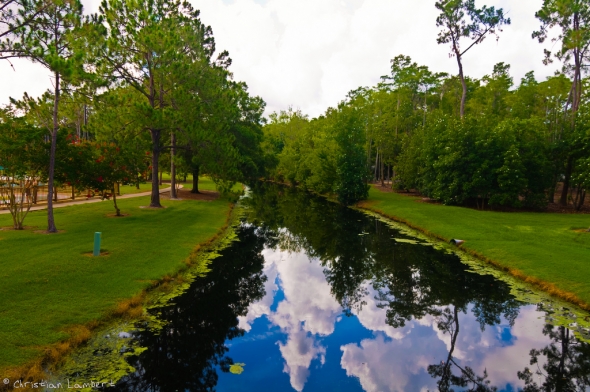 Close to the plant is a 1,000 acre site containing 85 rapid infiltration basins. These unlined basins allow the treated waste water that is not used for irrigation or cleaning to quickly infiltrate back into the water table. The result is that the waste water treatment plant is near zero-discharge.

But so far we've only dealt with half the problem...

Clearly I need to eat more while at WDW......so I can contribute more.

That is amazing! Who thought that reading about poo would be so interesting?