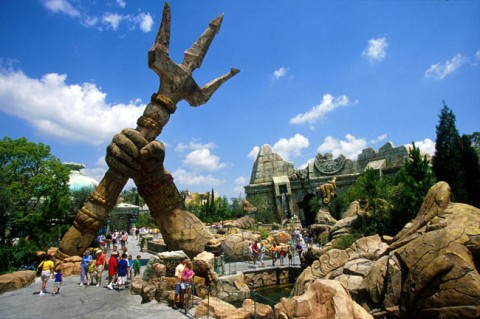 In Islands of Adventure, nestled between the Wizarding World of Harry Potter and Seuss Landing is The Lost Continent, a themed land that has its share of criticism.  Not only is the island's unique theming out of place among the other major branded islands, the recent loss of its two main attractions has left the land deserted and a little neglected.  Can it be saved, or will it just be another former themed land?

1. It is the only land not tied to a specific property 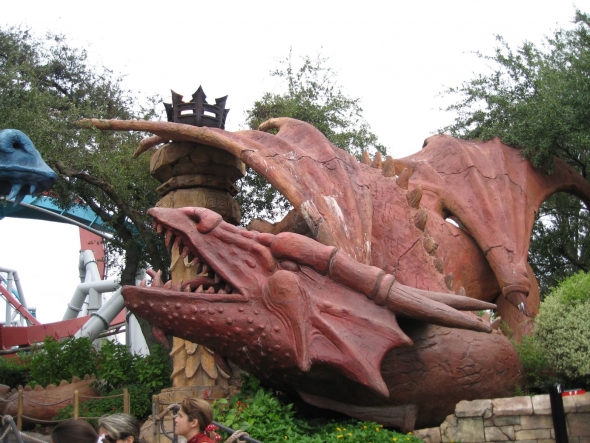 The Lost Continent opened as one of the original six themed islands on May 28th, 1999.  From the beginning it was unique from among other islands.  With the exception of Ports of Entry, the island guests enter through that serves as a "Main Street", it was the only island that wasn't based on a specific intellectual property or group of related properties.  For example, Toon Lagoon is themed around various popular comic strip characters from King Features Syndicate (like Beetle Bailey, Blondie, and Popeye) and Jay Ward (like Rocky & Bullwinkle and Dudley Do-Right) while Seuss Landing is themed around some of Dr. Seuss's most memorable books like The Cat in the Hat, Green Eggs and Ham, If I Ran the Zoo, and One Fish Two Fish Red Fish Blue Fish.  The Lost Continent is instead based on ancient myths and stories.

2. There are several sub-sections within this land (including one that doesn't exist anymore!) 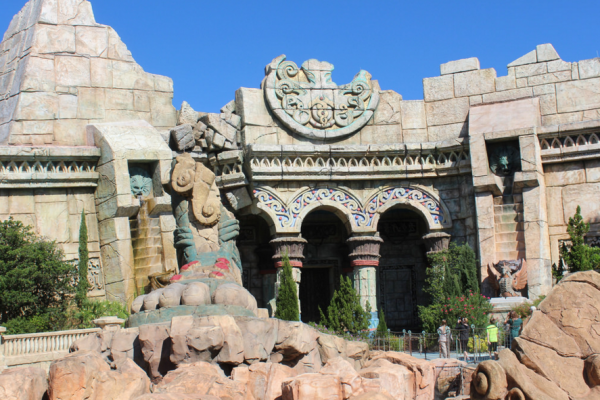 The Lost Continent was also unique in that it was the only island split into three sub-sections.  When walking counterclockwise through the park (through Seuss Landing) the first section you enter is called the Lost City.  This section is based on myths and tales from ancient Greece and is reminiscent of the fabled lost city of Atlantis.  In the Lost City you can find the walk-through attraction/show called Poseidon's Fury, which is currently on its second incarnation, as well Mythos Restaurant, one of two table service restaurants in the park.  The next sub-section is called Sinbad's Bazaar and is themed around ancient Arabian myths like Sinbad the Sailor.  This section is most notably home The Eight Voyage of Sinbad, which is a live stunt show and The Mystic Fountain, a talking fountain that interacts with guest by telling jokes, asking trivia questions, answering questions, and occasionally spraying guest with jets of water.  The area also has a quick service restaurant and a few colorful stores.

The Lost Continent also used to have a third section called Merlinwood, which was themed around medieval Britain and Ireland.  This area was considered by some to be the most exciting section, as it contained the Dueling Dragons steel roller coasters and The Flying Unicorn, a family coaster.  The area was fairly small and also contained a quick service restaurant, The Enchanted Oak Tavern as well as a few shops.  However, on May 31, 2008, Universal and Warner Brothers announced the inclusion of Island's of Adventure's seventh island, the Wizarding World of Harry Potter, and a few months later much of Merlinwood was demolished, with Dueling Dragons being rethemed as the Dragon Challenge and The Flying Unicorn being rethemed as Flight of the Hippogriff.