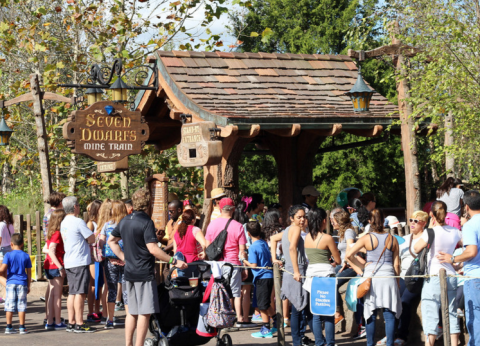 No one likes to wait a long time in line at Walt Disney World. Guests don’t enjoy shuffling for hours to experience an attraction (which will in most cases only last a few minutes), and Disney doesn’t like losing out on revenue while guests are spending their whole day waiting in line instead of shopping or dining. However, even though no one particularly likes to wait in line, there are some easy ways you can cut down on line time in Walt Disney World. 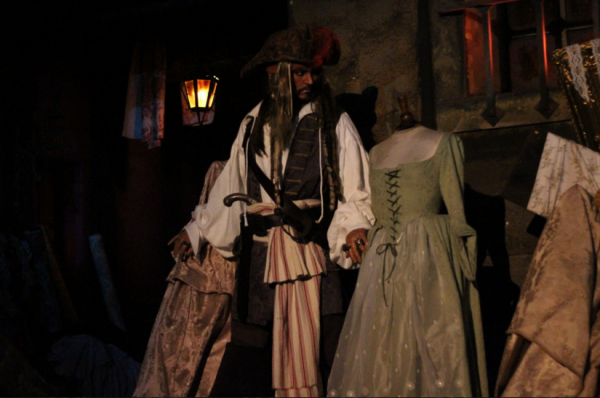 It’s no secret that the easiest way to avoid lines at Walt Disney World is through FastPass+. However, the way in which you use FastPass+ can directly impact how long you wait in line. For instance, if you are going to the Magic Kingdom and make FastPass+ reservations for Seven Dwarfs Mine Train, Peter Pan’s Flight and Wishes at 10:00AM, 1:00PM, and 8:00PM, you might feel like you’re getting the most out of this service. However, with this set-up, you’re actually only skipping two lines, and dooming yourself to standby oblivion for the rest of the day.

Instead, try making advance FastPass+ reservations stacked right on top of each other for the first two hours of your visit to the Magic Kingdom (preferably as close to park opening as possible). Though you might not get Peter Pan’s Flight or The Seven Dwarfs Mine Train (unless you’re really lucky), attractions like the Jungle Cruise, Pirates of the Caribbean, Dumbo, and Under the Sea: Journey of the Little Mermaid almost always have early morning availability. 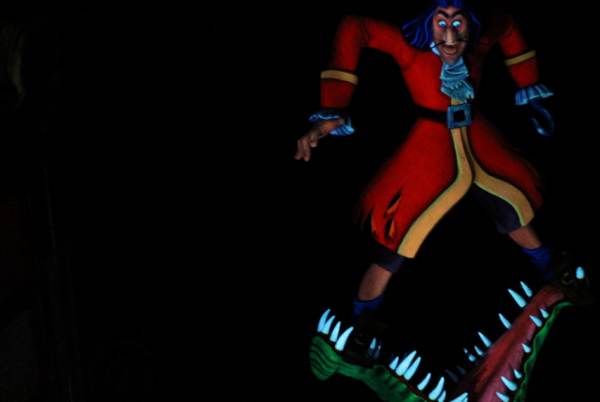 Once you have claimed these early morning FastPass+ reservations, it’s time to hit the kiosks and start looking for attractions with immediate FastPass+ availability near you. Though it might be tempting to make a FastPass+ reservation for 3:10 for Peter Pan’s Flight, if you find yourself in Frontierland around 2:00 and there’s a FastPass+ available for Big Thunder Mountain Railroad at 2:15, take the immediate FastPass+, use it, and then go right back to the same kiosk and get that Peter Pan's Flight reservation for 3:10. Though choosing attractions based solely on the time of FastPass+ availability might not be for everyone, if you don't mind criss-crossing the park, it's possible to skip half a dozen lines or more during a full day at the parks.

2. Be strategic about stand-by 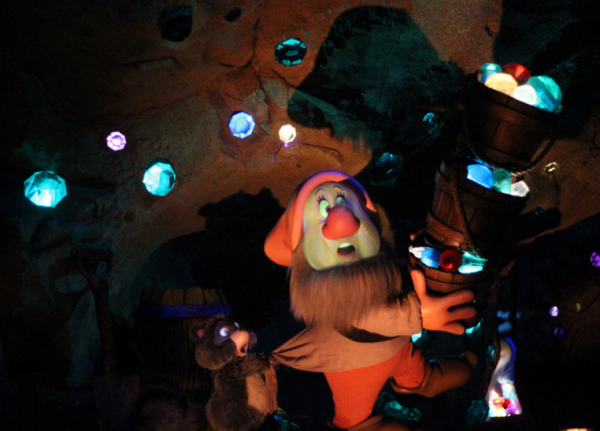 Even though you can skip a lot of lines using the time-based FastPass+ strategy outlined above (we recently pushed the limits of this strategy and were able to make a whopping 8 FastPass+ reservations before 6PM on a crowded Magic Kingdom day), the fact is there is always an attraction or two that you simply can't get a FastPass+ for. However, just because you know you're going to have to shuffle through  stand-by at some point, doesn't mean you have to consign yourself to a long wait.

One of the biggest contributors to wait time length for stand-by guests is FastPass+ return windows. The beginning of a return time is always the busiest as guests line up to be the first among the FastPass crowd to get into an attraction. If you head over to a ride you aren't using FastPass+ for and you see a big queue in front of the FastPass+ sign, it might be time to visit the water fountain, the gift shop or Starbucks. Return in ten minutes, and you'll join a stand-by line that is actually moving, instead of one that has been stalled by the start of a FastPass+ return window.

3. Use the single rider line (where available) 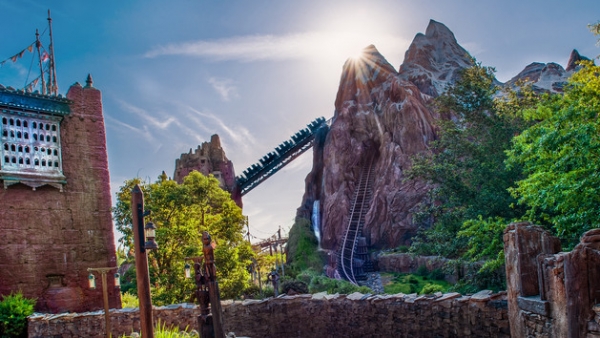 Guests can also shorten their time in line by utilizing the single rider line at attractions where it is offered. Though this won't be possible for all parties (especially those traveling with small children) this is a great way to get through a long wait in a fraction of the time. And with high-capacity attractions like Expedition Everest and Rock 'n' Roller Coaster, chances are good that other members of your party will likely be in the same ride vehicle with you, even if they're not sitting next to you. And really, when you're facing a yeti or rocking out to Aerosmith, are you really going to notice the person next to you? As long as you're willing to be flexible (and don't have little ones to keep an eye on), single rider can and should be used when it is available.

I disaggree with this fastpass strategy. Most of the time if you get to the park at opening you can ride 3-5 rides in the first hour or 2 in standby with little or no wait. Then use your fastpasses for the middle of the day rush and you do things a little more leisurely with maybe a no-wait show, parade, or meal/snack in between. Works great with my 2 small boys.

I agree with you! We always get to the park in time to catch the opening show which means we are inside Magic Kingdom at least 10 minutes before the official opening time. With the park almost empty, we can get on many rides with almost no wait times. We use our FP during the busy hours at around 1pm to 4pm and by then we have gone on most rides. We continue using FP+ based on the available times and the rides we haven't gone on yet or want to ride again.

Completely agree with luvmy2boys. Get to the park before opening, hit the big rides before the late sleeping mid-morning crowds show up, and use your fast passes then.

I may be in the minority here, but I think sitting in a restaurant is a waste of my touring time. I'd rather pack a bunch of cereal bars and my own water and splurge on the occasional Mickey Bar or Dole Whip.

And if anyone wants to guarantee a virtually wait free Disney trip, I've got two words for you: TOURING PLAN.