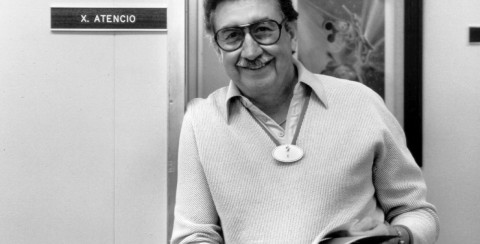 Walt Disney was talented at a great many things – filmmaking, inventing, doing high pitched voices – but, perhaps the thing he was most talented at was spotting talent.

Yes, spotting talent is a skill, and Walt could sense the promise within someone and help coax it out of them better than almost anyone else. And, not only could he find great people to work with, but he gave them the tools to succeed and put them in an environment in which they could flourish. Which is to say, essentially, he was a darn good boss.

The culture of WED Enterprises (later Walt Disney Imagineering) enabled smart, creative people to design and build some of the greatest themed attractions on earth. But, while Walt's name is on all the signs, it's those people who truly made something special.

If you like Walt Disney World (and if you're reading this article, I'm gonna go ahead and assume you do), you owe your love of that place not to Walt, but to his Imagineers. Walt never set foot in the completed Walt Disney World – he passed away long before it opened. And while he absolutely paved the way for the resort, it was his Imagineers that truly made it what it is today.

If you're a Disney fan, you should know who these people are. Below, I've listed seven of the most important ones, but this list is by no means exhaustive. There are dozens more that I've left off who are no less deserving of praise. But, you have to start somewhere, so these seven it is. 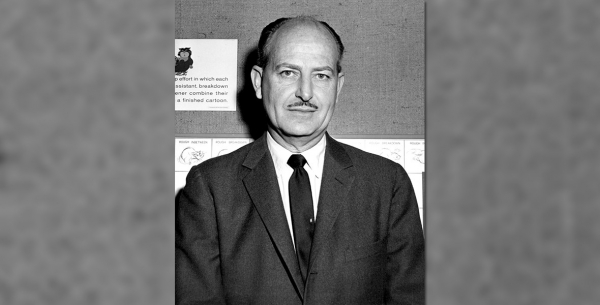 If you design one of the most photographed buildings in the country, you are a special talent. And, if said building happens to reside in the middle of a theme park, you've done something utterly remarkable – you've made art out of tourism. And, not only did John Hench do that, but he is arguably more responsible for the visual aesthetic of the most visited theme park in the world than any other human being.

Hench began his career with the Walt Disney Company as an animator, and he was often regarded by Walt as one of his most talented artists. Eventually, he became involved with the planning of Disneyland, at which point his knack for theme park design became blindingly obvious.

His work as a lead designer on the Tomorrowland area of Disneyland is still regarded as a classic of mid-century design, and Disney fans the world over adore the sleek white look of his futuristic vision.

When tasked with the development of the Magic Kingdom in Orlando, Hench eventually created two of the most iconic structures on the planet: Cinderella's Castle (the aforementioned most-photographed building) and Space Mountain.

Hench started working for the Walt Disney Company in 1939 and kept an office at Walt Disney Imagineering up until his death in 2004. If the site of Cinderella's Castle makes you smile and gives you a momentary vacation even amid the most dull of dull days, you have Hench to thank for that sublime feeling. 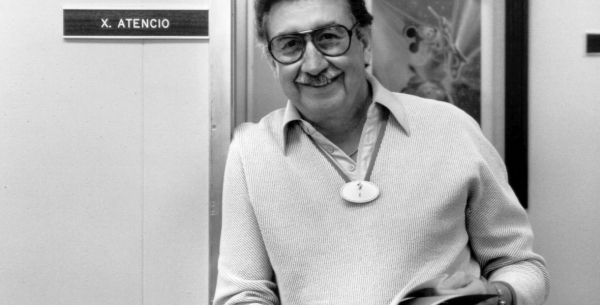 The man born Francis Xavier Atencio, and known by Disney fans as X Atencio, is probably responsible for an obsession of yours.

He, like Hench, was an artist for the Walt Disney Company before the opening of Disneyland, but it was in the theme parks that he truly made his name. His first prominent role was in writing the script for the beloved-but-gone Adventure thru Inner Space – a kind of psychedelic stream-of-consciousness about the scale of the universe.

Two of his later attractions, however, are still around – Pirates of the Caribbean and the Haunted Mansion.

Atencio wrote the scripts for both attractions, including the iconic Ghost Host narration, as well as the lyrics to the two attractions' signature songs: “Yo Ho (A Pirate's Life for Me)” and “Grim Grinning Ghosts.”

Honestly, it's astonishing Atencio doesn't have Tim Burton/Benedict Cumberbatch levels of fandom surrounding him. He wrote the script for the Haunted Mansion! Can't tell me that's not better than playing a smart detective with high cheekbones. 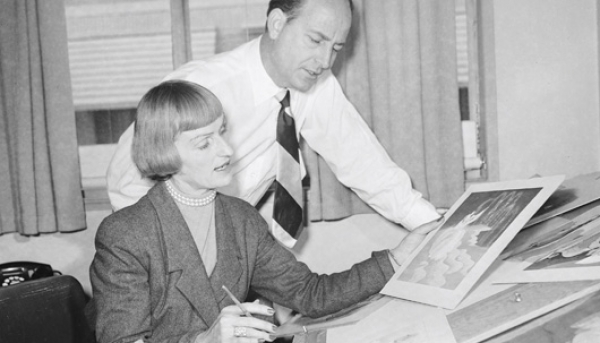 The first and most important thing to know about Mary Blair is that she was the absolute coolest. Her art, more than anyone else's on this list, doesn't need to be explained. You see it, you smile. It makes you feel good; it makes you feel happy. And, importantly, you immediately appreciate it as art. You don't need someone like me to write an essay explaining why it should be considered art.

Blair's art is seen every day by millions of people. She provided the primary visual aesthetic of It's a Small World out at Disneyland (which was essentially copied over to the Disney World version). Her colorful and geometric style permeated early Disney films like Alice in Wonderland and Peter Pan.

And, perhaps most interestingly, her mosaics at the Contemporary Resort remain one of the most beautiful and modern features of any Disney resort.

Blair's aesthetic and use of color are so recognizable, Disney continues to create work in the Blair-style. She inspired countless animators and designers with her playful sensibility, and was even the subject of a Google Doodle in 2011.

She passed away in 1978, but what she left behind was a body of work that epitomizes how cheerful and playful art can be. Perhaps more than any other Imagineer on this list, Blair's work transcended Disney and remains important even when viewed through a fine art lens.

Marty Sklar started working at Disney in 1955 not 1956. He was hired to write the Main Street newspaper and has an awesome story of rescuing Fess Parker and his horse from the mayhem of opening day.