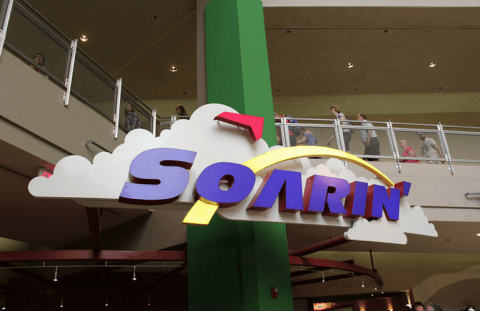 The architecture is stunning. The food is delicious. The rides are kinetic and tactile. The music is joyous.

And, yes – the scents are memorable and everlasting.

You may not realize it on your first visit to the Vacation Kingdom, or even your second. But once you return multiple times, it will hit you: Walt Disney World smells differently. That is to say, Walt Disney World actually cares about how it smells to you. Compare that to your local amusement park -- on second thought, don't. Well, not unless you have a lot of Febreze.

Studies have shown that not only does scent affect things like your mood and your willingness to spend money, but also, it is the strongest sense tied to memory. Disney realized that if the parks smell good and unique, you'll remember it. And, more importantly, you'll remember how good you felt at the time.

The result of all of this olfactory science is this: There are some scents at Walt Disney World that will stick with you until the end of time.

Here are five of those iconic scents – some of which, Disney engineered into their attractions, and some of which came about through sheer happenstance. 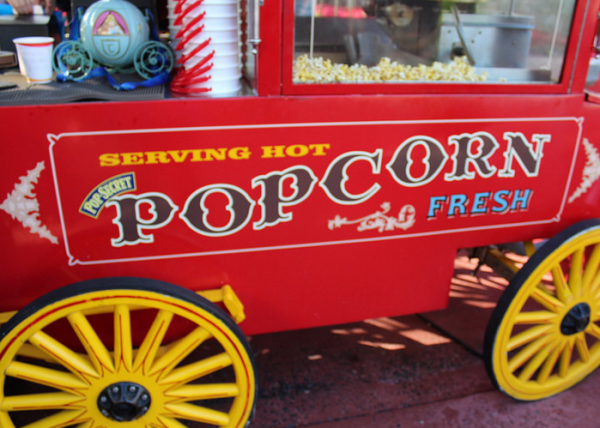 There's something about Disney popcorn that just smells and tastes different. You can always tell when you're near a cast member selling it, even if you don't necessarily see them. You smell it, you turn, and there it is.

But, while popcorn serves a humble role in the parks – that is, a snack – it also fills an interesting thematic need.

You see, Walt Disney World's rides are designed to be viewed much in the same way as films. This connection is so strong, many attractions have their own movie theater-style posters created for them. This is most evident in the Magic Kingdom, where guests pass by these posters when walking beneath the Main Street stop on the Walt Disney World Railroad.

And, the Magic Kingdom itself is designed like a film, with the posters giving way to Main Street and its famous windows, each featuring the name of an important Disney figure – acting as the opening credits to the park.

So, with all of this movie imagery floating about, it makes sense that Walt Disney World would often smell of popcorn. After all, can you think of a better snack to have while enjoying a movie? 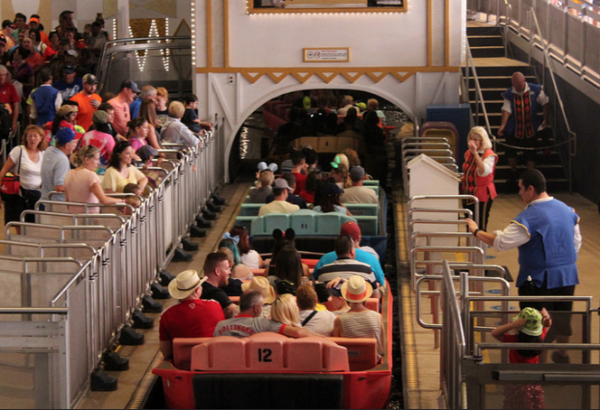 Where there's standing water, there's a scent. This is true whether it's a flume at Walt Disney World or the pond behind your uncle's mountain cabin. And so, from Splash Mountain to Pirates of the Caribbean to It's a Small World to Kali River Rapids, Disney's water rides all share a specific smell. And, to many, it's really not all that pleasant.

But, because scent is tied so close to memory, that all begins to change the more you ride the rides. That same chemically, dank smell becomes the most welcome smell in the world if you're riding Pirates of the Caribbean for the first time in a few years. You're never happier than when you catch a whiff of Splash Mountain when you're riding it for your record 50th time.

Objectively, it's not a pleasant smell, but once all those memories are tied up with it – when you can't help but get a feeling of nostalgia the moment you experience it – you'll start to feel thankful for it. Odd, I know, but memory's a funny thing. 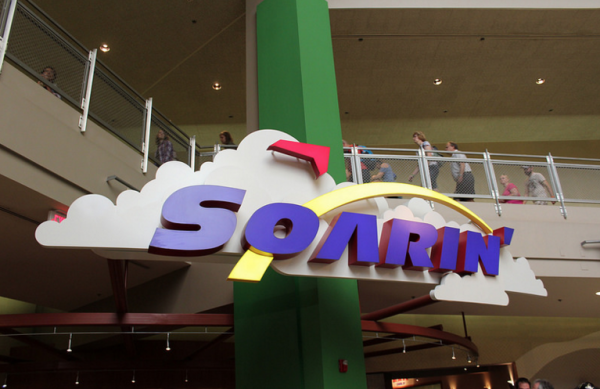 Arguably the most famous use of smell in a Disney attraction today (only beaten, perhaps, by No. 1 on this list), Soarin' uses its manipulation of the guests' sense of smell to absolutely perfect effect.

The smell of the orange groves is probably the most memorable moment, but the forest scent and the sea air are just as compelling and equally unforgettable. And, as with everything in Soarin', it's used perfectly in order to transport the riders into the world of the attraction. The Imagineers don't just want you to see what it looks like to fly, they want you to feel it, to hear it, and to smell it.

Unlike popcorn and standing water, the smells on Soarin' were designed specifically for their use in the ride. They were put there intentionally, and as such, their only purpose is to help tell the story. They aren't memorable due to happenstance or nostalgia, but rather, they stick out in your mind because an artist put them there. Which, when you stop to think about it, is an absolutely insane attention to detail.

We loved the smell of the library burning that we got wax melts scented with that smell. Eeeeech. You don't want your home smelling like that.

We were just at Disney World this past weekend and the only smell that is staying with me after this trip is the one on the Monorail! I even said it out loud that it "smells like an Elephant barn!" No kidding, hay mixed with all the things that the hay catches! it was bad! and it was under 55 degrees outside!! can't blame sweating people for it. They really need air fresheners onboard!

I remember the smell of oranges on Horizons. There was a great scene about the future of farming. Loved that ride. Miss it.

The inside of the monorail has one of the most distinct smells in all of Disney! Like the water rides, there is that anticipation of riding to the Magic Kingdom associated with the smell, whether you like it or not.

Before Soarin', Horizons had the orange grove smell. When I smell it it takes me back to my wonderful memories or Horizons.