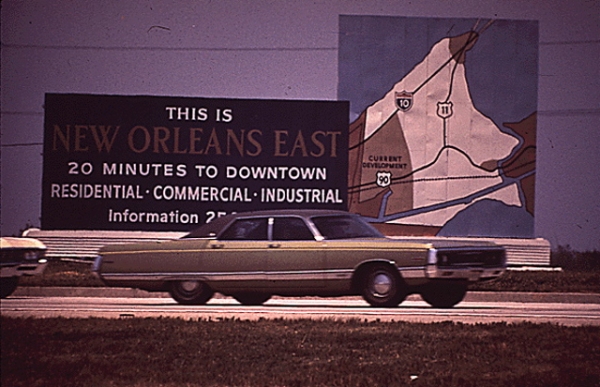 In those days, New Orleans East was a thriving and racially diverse community. Parts of the East, particularly the Lower 9th Ward, were always lower-income and primarily African-American. Most of the Upper 9th, above the Industrial Canal, was middle-income and predominantly white. Gentilly was long known as a neighborhood for upwardly mobile African-American professionals. Oil money was flowing into New Orleans and the city was flourishing.

In the mid-80s, however, all that changed. The oil bust left one in eight Louisianans unemployed, the highest unemployment rate in the country. Many fled for other cities with better opportunities, and those who stayed were suddenly nervous and uncomfortable. The white population took off for the suburbs, abandoning their homes in New Orleans East and other sections of the city.

Over the next decade, the landscape changed. Section 8 subsidized housing began popping up all over “da East,” as the locals call it, and by the mid-1990s the area was known for its high crime. Most New Orleanians began to avoid the neighborhood. Lake Forest Plaza, a glamorous upscale mall built during the 70s, was mostly abandoned. A once-thriving section of the city was starting to crumble. 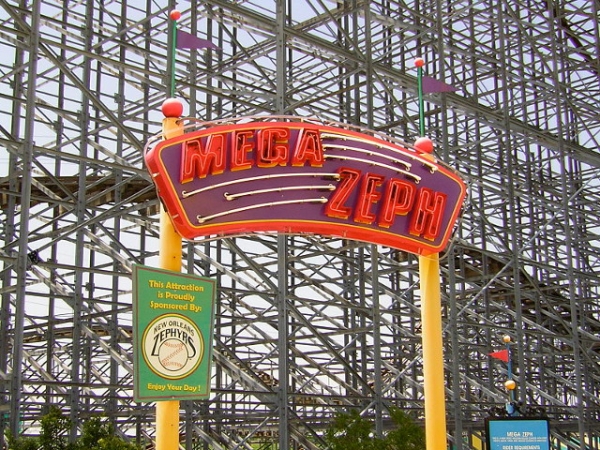 In 2000, Alfa Smart Parks (now Palace Entertainment) made the head-scratching decision to open Jazzland, a small amusement park, just off the Interstate 510 Exchange in New Orleans East. In the days of Pontchartrain Beach, New Orleans East had been a reasonably affluent suburb with excellent transportation links to the rest of the city. By the year 2000, however, New Orleans’ public transportation system was in shambles. A good portion of the city’s residents lived without cars, but that meant that leaving their neighborhoods took a great deal of effort and advance planning. New Orleans East was better known for crime and urban decay than tourism, and there was literally nothing else in the area to help draw visitors.

Maybe the land was cheap. Perhaps the investors hoped to bring a new Golden Age to a part of the city whose history was in danger of being lost for good. Given the loving tributes to Pontchartrain Beach that were evident throughout Jazzland, however, my guess would be that at least one investor was an ardent fan of that park, and wanted to create something great in its old neighborhood.

Jazzland was a well-done and much-loved local amusement park. Clean and pretty, with a New Orleans theme and plenty of roller coasters as well as flat rides, on paper it appeared to have all the elements for a successful park. Unfortunately, it never managed to turn a profit.

Jazzland suffered from a number of problems due to its location and lack of easy transportation options. However, the rumor at the time was that it was killed by a lack of marketing funds. As the theory went, locals in the immediate neighborhood didn’t have the money to support the park. But if they could just bring in the well-heeled denizens of the Garden District, Metairie, and Lakeview, not to mention tourists from further afield, the park would thrive. 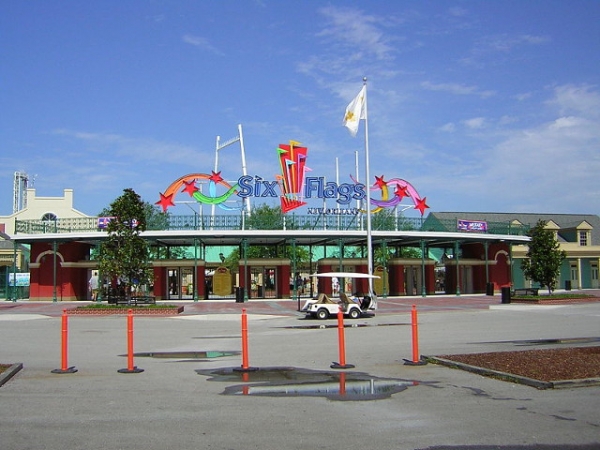 In 2002, just two years after opening, Jazzland was on the verge of bankruptcy. It sold quickly to Six Flags, the amusement park chain that was busily expanding its portfolio. As part of the acquisition, Six Flags was required to sign a 75-year lease with the City of New Orleans, obligating the company to run an amusement park on the property for that length of time.

Six Flags came in with big ambitions. They operated the park as Jazzland for the 2002 season, then began a massive overhaul ahead of their 2003 operations. With a new name (Six Flags New Orleans), new roller coasters, new flat rides, new branding, and a mostly new staff, Six Flags also brought a massive marketing campaign. For the first time, people across the nation would hear about the park, and hopefully be inspired to visit.

However, it never quite worked out that way. Despite Six Flags’ best efforts, the New Orleans park steadfastly remained near the bottom of its portfolio in terms of profits. Nonetheless, the company was in it for the long haul, especially in light of the 75-year lease. In 2005, Six Flags was in the planning stages for a new water park that would be included in the price of admission. The company intended to make an official announcement at the end of August, following the summer season. But Mother Nature had plans of her own.