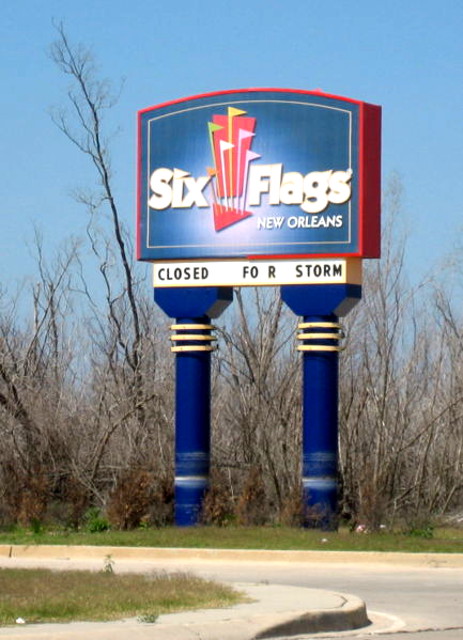 By late August 2005, school was back in session and Six Flags New Orleans was operating on weekends only. It closed as normal on August 21, intending to reopen for the weekend of August 26-27. But with a hurricane gathering strength in the Gulf of Mexico, the decision was made to keep the park closed that weekend and focus on storm preparations. Staff members put up a message on the sign out front: Closed for Storm. Little did they know that would become one of the most iconic images of Hurricane Katrina. 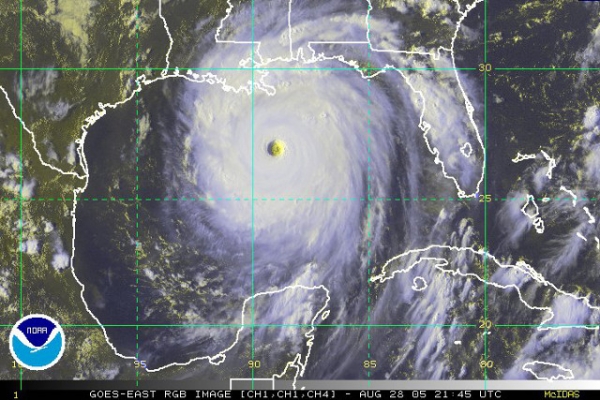 On the morning of August 28, the hurricane reached Category 5 strength, becoming the fourth most intense hurricane ever recorded to that point (later surpassed by Hurricanes Rita and Wilma). As it set its sights on New Orleans, the National Weather Service issued two extremely explicit emergency bulletins predicting the catastrophic nature of the damage in no uncertain terms. New Orleans Mayor Ray Nagin appeared multiple times on TV, issuing the first-ever mandatory evacuation in New Orleans’ history and explaining that the long-predicted “big one” was on its way. President Bush also took to the airwaves to urge people to follow the order.

Yet it seemed the city would be spared. At the last minute, Hurricane Katrina took a slight jog to the east, sparing New Orleans a direct hit. It also weakened significantly, thanks to a stunningly well-timed natural eyewall replacement cycle among other factors. The mood of the city that day is perhaps best summed up in the LiveJournal post of a friend who lived in the French Quarter at that time: “It’s raining. Windy. Going to bed.”

On August 29, the storm made landfall near the Louisiana-Mississippi border as a Category 3, with sustained winds of 120 mph. Still an extremely powerful storm, but much less so than it had been just 24 hours before. Although the Gulf Coast was destroyed, it seemed for a brief time that New Orleans had survived the worst of the devastation. Little did everyone know that the worst was yet to come. 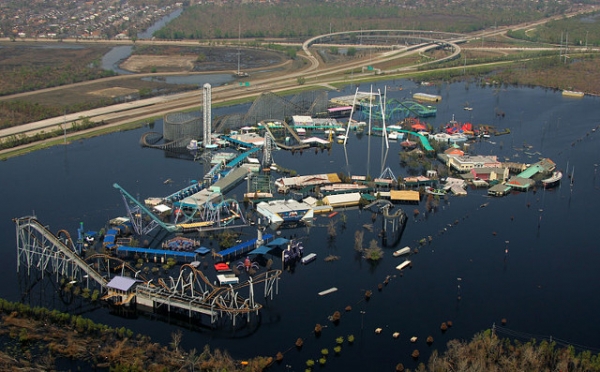 Experts had known for years that the levee system, which protects the below-sea level parts of the city from storm surge, was on the brink. Yet an improvement project initiated after Hurricane Betsy’s flooding in 1965 was less than 90% finished when Hurricane Katrina made landfall in 2005. On August 29, 2005, the nightmare became a reality. As the day progressed, the city experienced 53 separate levee breaches, 20 of them along the manmade MR-GO (Mississippi River Gulf Outlet) shipping channel. Water poured in, filling the City in a Bowl.

Six Flags New Orleans sits on some of the lowest ground in New Orleans, right by one of the most catastrophic levee breaches. The estimated storm surge in that area was approximately 24 feet, and the water had nowhere to go. The park sat, literally submerged, until the city’s pumps were able to get rid of the water more than a month later. 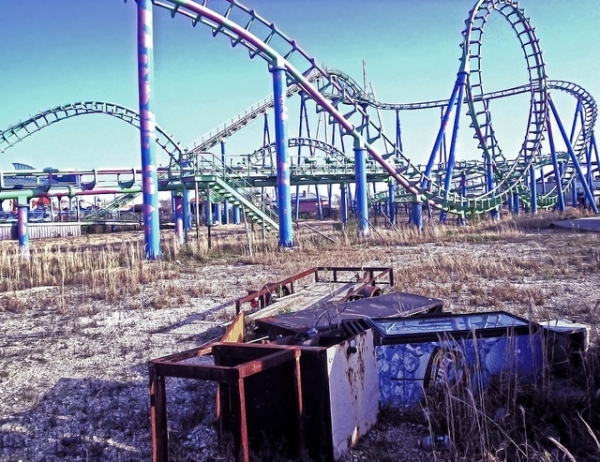 When inspectors were finally able to get into the park and assess the damage, Six Flags reported that the buildings were at least 80% destroyed, the flat rides and most of the coasters were unsalvageable due to the brackish floodwaters, and only the corrosion-resistant Batman roller coaster was in reasonable shape. At that point, the company gave indications that the park would eventually return, but not until at least 2007.

On July 1, 2006, however, Six Flags made another announcement. It had completed its damage assessments and the park was a total loss. It had been one of the lowest performers in the Six Flags line-up before the storm, and the company had no desire to rebuild. 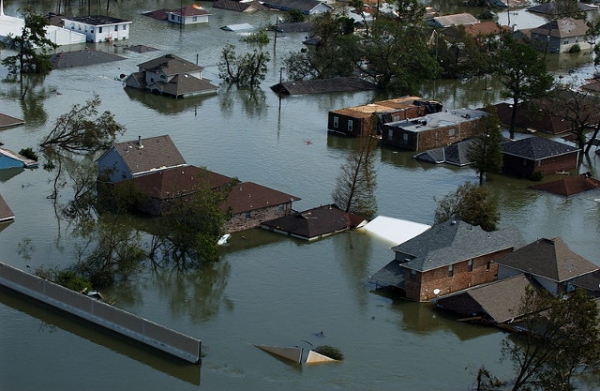 Remember that 75-year lease that Six Flags had signed with the City of New Orleans in 2002? With 80% of the city in need of rebuilding after the flood, residents scattered across the country in the largest diaspora since the Dust Bowl, and ongoing problems with crime, Mayor Nagin was understandably not too happy with the idea of Six Flags packing up and leaving town.

Nagin announced that he planned to hold Six Flags to the lease, obligating them to rebuild to the limits of their insurance claim. The park released numbers showing that their lost assets were valued at more than $33 million, but they had only received $11.5 million in insurance proceeds. In early 2007, Six Flags reported that they planned to sue their insurer for the remaining $175 million in their coverage limit. 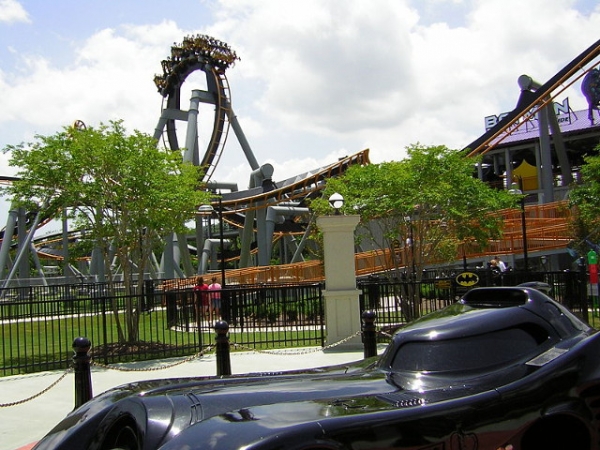 In December 2006, despite the ongoing battle with the city, Six Flags began removing some of the park’s rides and other assets for restoration and distribution to its other parks. This set off a firestorm of controversy, as some claimed that they removed former Jazzland pieces that they had no legal claim to, while others argued that they should have been barred from removing anything while under legal obligation to rebuild in New Orleans.

I’m not an attorney, and I don’t claim to have any knowledge of whether Six Flags acted in a legal manner or not. But it does seem pretty morally shady to claim a total loss, fight to get out of a lease, and then remove and restore pieces of the “total loss” for use in your other properties (strictly my non-legal opinion). As the story goes, the city filed a restraining order in 2009 to prevent any further removals.