One of the hidden complications of running a popular amusement park involves real estate. The roller coasters and other rides take up a massive amount of space, and you must plan for future expansion by buying a lot of land initially. Otherwise, you’ll quickly realize that the potential growth of your park is artificially truncated by circumstances beyond your control.

The perils of limited real estate is a lesson Walt Disney learned the hard way with Disneyland, and a mistake he explicitly stated he would not repeat with Walt Disney World. It is the reason why there is so much room for expansion with the Orlando theme park but not the one in Anaheim. Alas, not every theme park has the deep pockets of Walt Disney, and even he had to cut a few deals toward the end to finance his vision for Walt Disney World.

Due to the constraints on real estate, outdated rides that grow unpopular or, worse yet, unsafe must be mothballed. The great news for theme park tourists is that out with the old and in with the new is oftentimes a good thing. Emerging technologies combined with the visionary ideas of creative ride engineering companies lead to bigger, better, and almost always faster thrill rides. Best of all, they can be placed on exactly the same land as the dismantled rides. Here are five of the best repurposed theme park rides (excluding Disney and Universal Studios attractions). 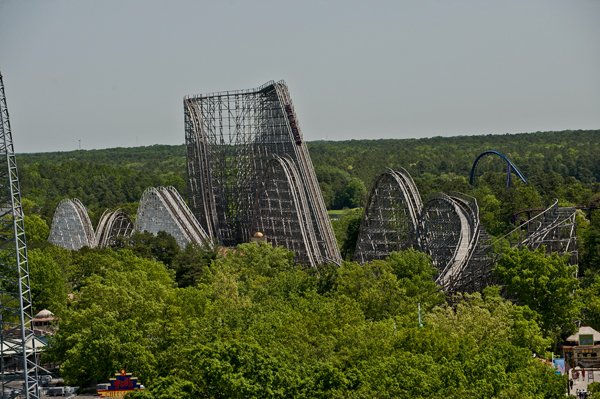 In 2005, the 11-year-old coaster Viper was removed from New Jersey’s Six Flags Great Adventure. The plan was to replace the unpopular coaster that was legendary for its discomfort. The park planners settled upon a wood roller coaster to replace the former steel coaster in the same space. Cleverly, they discovered a way to keep a portion of the previous attraction, its ride station, while disassembling the rest.

El Toro aka The Bull arose in the same space. At the time of its debut, El Toro claimed the record for the steepest drop ever for a wooden roller coaster, plummeting at a sharp 76-degree angle. This wooden coaster hits all the high notes for a ride of its ilk. It is one of the best in the world in terms of height (third tallest wooden roller coaster in the world), speed (70 miles per hour), and drop height (176 feet). Where there had once been a widely derided steel coaster, El Toro now stands as one of the top wooden coasters in the world. In the most recent Golden Ticket Awards, only Boulder Dash at Lake Compounce scores higher. 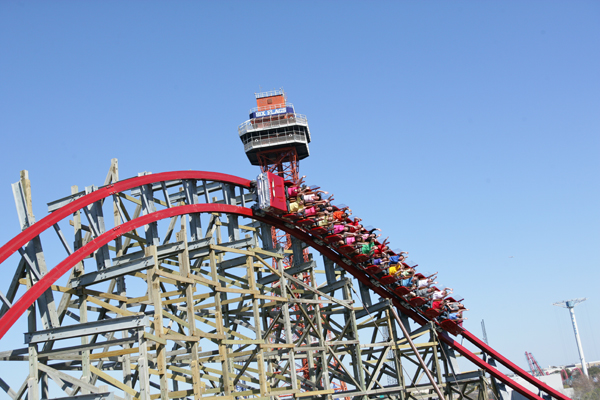 Some may consider this selection a cheat. After all, the ride that was replaced was Texas Giant. What cannot be denied is that the former ride closed for a year and a half, and a complete retooling of the previous design occurred. The former version was selected as the best wooden roller coaster in the world multiple times in the 1990s, but maintenance issues led to a bumpier ride in the literal sense. As riders got knocked around more and more, they rode Texas Giant less and less.

Eventually, the prior version of the ride was eliminated. In its place, the opposite change from El Toro occurred. The wooden coaster elements were removed and replaced with a new steel coaster, thereby making the ride smoother and sturdier. The result is a 15-story high thrill ride capable of speeds up to 65 miles per hour. The major enhancement changed the structure of the biggest drop to a whopping 79 degrees, the type of angle that wooden coasters have yet to achieve. New Texas Giant is currently ranked as one of the top eight steel roller coasters in the world. In combination with El Toro, it proves that whether you change from a wooden coaster to a steel one or vice versa, you can still design an original, better ride.