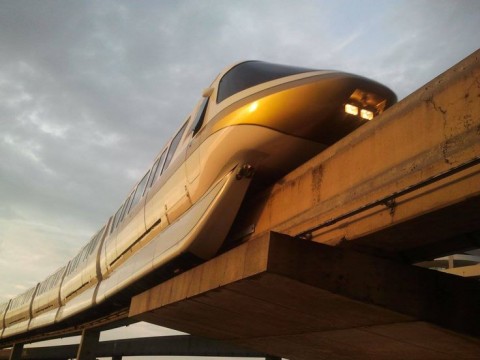 The Walt Disney World monorail system is a highlight for many park guests, not to mention an efficient, convenient source of transportation to and from some of the resort’s most popular locations. For most, that first ride in to the Magic Kingdom is the first distinct event that triggers that feeling of giddy excitement that accompanies a Disney vacation.

By the time your park day is done, the ride out is a welcome respite from the hustle and bustle of an enjoyable, but busy day. Coming or going, the monorail ride is something that most everyone looks forward to, for one reason or another. However, there are some things you should simply never, ever do on the monorail if you want to make the most of the experience, and allow your fellow guests the option to do the same.

1. Never fail to hold on to the handrails 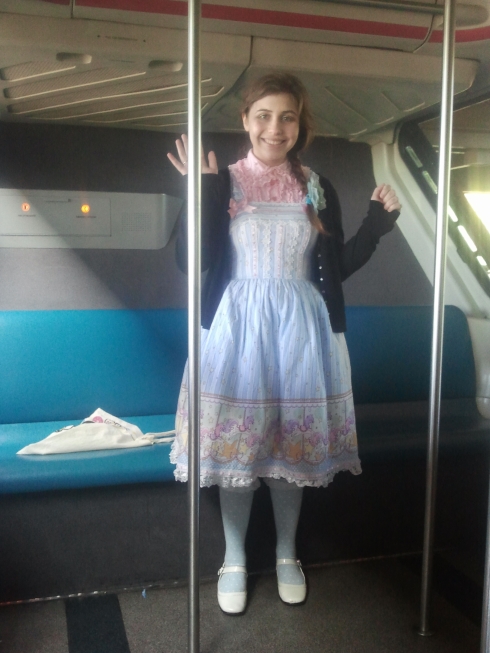 It’s one of the warnings issued before the monorail departs the station, but it never fails - someone will ignore it. I’ll admit that occasionally that someone is me. Although some are very balanced and steady on their feet, no one is immune to potentially falling on their face in the case of an abrupt stop, start, or curve on a monorail ride. And yes… it happens. Even a perfectly smooth trip can leave some of us tipping a bit. If the monorail car isn’t filled to capacity, you run the risk of colliding with a pole. When it’s full, you may wind up becoming a little too chummy with an unhappy stranger, or worse yet - a stroller (ouch). Whenever possible, opt for a seat. After all, your feet will welcome any opportunity for a break on a theme park visit. And for those of you standing, please hold on to the handrails!

The same safety concerns apply to the single, most commonly quoted line from a Disney park spiel: “Please stand clear of the doors. Por favor manténganse alejado de las puertas”. While it should go without saying, you don’t want to be standing halfway in the car when the doors begin to close, and you probably shouldn’t be leaning with all of your weight against the doors when the monorail is in motion. Though there are safety measures in place to help prevent catastrophes such as passengers crushed in doors or falling out of moving monorails, why tempt fate? Accidents do happen, so err on the side of caution. It’s the disregard of rules that leads to the majority of guest injuries at theme parks, and most are preventable. 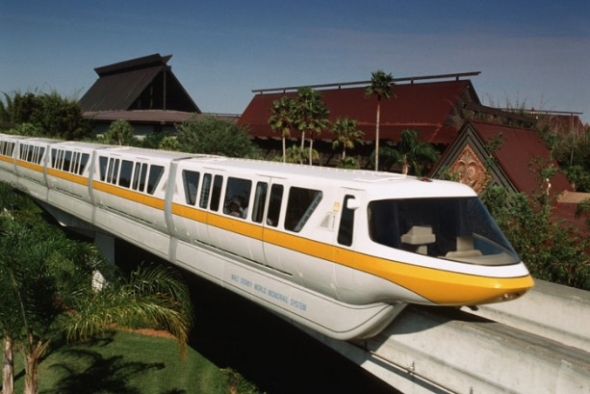 It doesn’t take long to become familiar with this routine. The moment a rope drops or a gate opens, the crowd behind it will surge in one massive pack, rushing to herd into the next “pen”, so to speak. As a former Fantasyland Attractions Hostess, I was always amazed by the pack mentality. It really is true - everyone just follows the pack. When working the queue at it’s a small world, I’d be standing at the head of two queue rows, running alongside each other. The stream of guests would follow, one after another, directly into one of those lines while completely ignoring the other, which usually stood nearly empty! No matter how I went about drawing attention to that empty line (and I often got quite creative about it), people swarmed right past me without a clue. Interestingly enough, it would usually wind up being an observant toddler taking notice of my direction, leading the way into that neglected line. Of course, this only meant that the first line would now grow desolate until the next clever youngster caught on to it.

Don’t be the type to simply follow the pack. Be a trendsetter! When everyone makes a mad dash for the center monorail cars that lay directly in front of the gate, take a risk and venture right or left of center instead. It’s not at all uncommon to find guests packed like sardines into the center cars while the cars on either side are all but empty. Sometimes it really works out in your benefit to be a trailblazer. 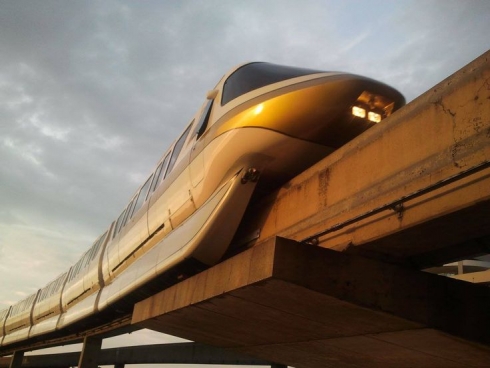 If you’ve ever spent a day at any theme park, chances are you are familiar with that end-of-the-day feeling. All you want is a shower and a bed. If you’ve spent the day at an Orlando theme park, that shower is never optional. It is hot here, and compounding that, it’s humid. This means that a full day outdoors, almost any time of the year, will leave you sweaty and probably rather smelly. Don’t worry - by the end of that long day, you won’t care so much about your body odor… until you’re crammed like cattle into a monorail car, shoulder to shoulder, with many other guests that are equally as ripe. It’s a fact of life, and a fact of theme park vacationing, so just accept it. Especially at the end of the night, that monorail car, packed with people, on multiple trips, with poor filtration, is going to smell quite rancid. I like to compare it to the smell of an elephant pen.