The 2 BIG Updates from Disneyland This Month (December 2014) 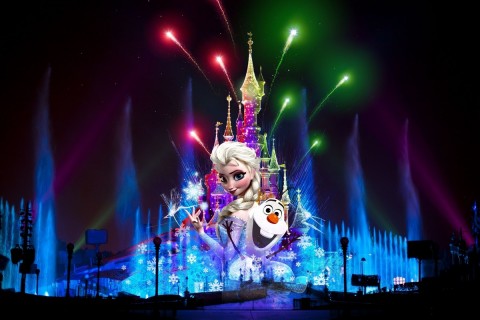 This is the monthly news, rumors, and refurbishments update for Disneyland Resort for the month of December 2014.

We’ve already discussed Disney’s bevy of Frozen announcements earlier this month, covering the strategy behind their deployments, how at least one of them is very likely to remain on as a permanent addition, and why this instantly became one of the most important happenings at the resort for the entire year.

Now, however, it’s time to move from the why and get to the what:  just what will Frozen’s almost complete invasion of Disneyland Resort look like?  It’s actually rather involved, so let’s tackle it section by section, attraction by attraction.

The Storybook Land Canal Boats in Fantasyland got their very first major update since 1994 in the form of Arendelle being added to their roster of miniature dioramas.  The likes of Wandering Oaken’s Trading Post and Elsa’s ice palace have replaced the section dedicated to The Old Mill, Disney’s 1937 animated short. 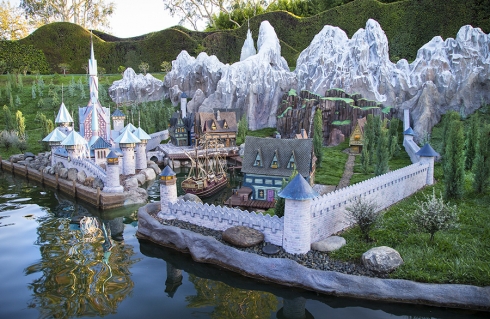 Meanwhile, over at the Royal Theatre in Fantasy Faire, Mr. Smythe and Mr. Jones will spin a specialized, abridged retelling of Frozen (with special guest appearances by the film’s characters, as well) starting on Wednesday, January 7.  (In case you’re curious, yes, this does, indeed, replace the theater’s previous two productions, Beauty and the Beast and Tangled, for at least the time being.)

Anna and Elsa will be returning to do their usual pre-parade appearance when Mickey’s Soundsational Parade makes its own return on January 7 (taking back its slot from A Christmas Fantasy Parade).

(Anna, Elsa, and Olaf’s float was added as a prologue this past June, once it became obvious that the princesses’ meet-‘n-greet location was perpetually swamped by a three- or four-hour line.  Now that the characters have vacated that spot for their new digs over at Disney California Adventure, it seems that Team Disney Anaheim is only too keen on reinserting their parade presence.)

Lastly, at that old meet-‘n-greet location, MiceChat reports that the signage is still up and the talking Olaf is still blabbering away – and, interestingly, a face-painting station has been erected out front – even though Anna and Elsa themselves have left over a week ago.

The main bulk of Frozen Fun is, unsurprisingly, at Disneyland’s sister park.  The official kick-off date for all these new experiences is the ubiquitous January 7, but many will soft-open as soon as they’re online, just as their Disneyland brethren did earlier this month.

The final section of Disneyland Resort to be Frozen was actually the first to implement the new experiences.  Both Anna & Elsa’s Boutique and Olaf’s Frozen Ice Rink have been open for a while now (since October for the former, and November for the latter), featuring the opportunity to be transformed into one of the two Disney princesses or to, well, go ice skating, respectively. 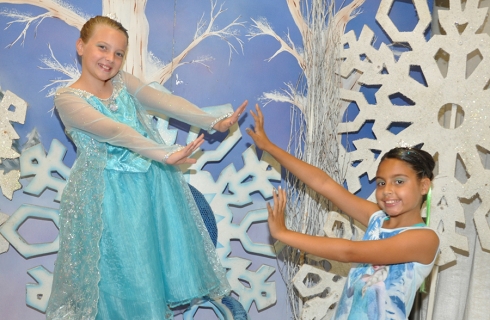 Disneyland’s Frozen Fun will last until May 15, 2015, at which time the company will determine whether it wants to extend any of the temporary experiences – or, of course, make some of them permanent.

Either way, that is a lot of real estate and resources to dedicate to one franchise (particularly one as sparse in both years and installments as Frozen).  Given the rather thorough implementation of the event, it’ll be most interesting to see whether Disney will, indeed, have any of them stick around, particularly given what tenor guest feedback will take (there has already been a fair amount of criticism of the decision, even on Disney’s own Parks Blog).