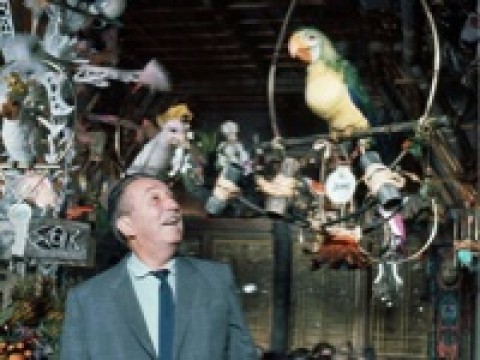 No matter how nostalgic we might be for a "classic" Disney experience, chances are we wouldn't be willing to pay current Disney ticket prices for 1955 Disney ride technology. Though Disney parks have some rides with a history that goes back to Disneyland's 1955 opening, many of those park originals have been changed — in ways both large and small — over the years. Indeed, times have changed and theme park technology has changed with them, which means Disney parks have undergone plenty of changes over the years to stay current. 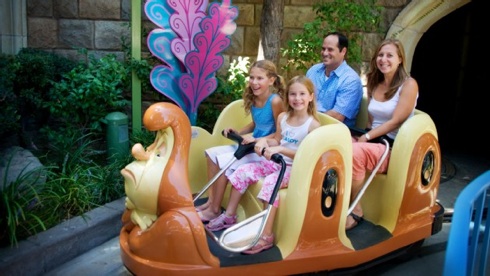 Many older rides — especially park originals at Disneyland and Walt Disney World — were built without the aid of modern digital technology. Though they don't necessarily suffer for it, high-tech tricks can breathe new life into an aging attraction by adding brightly colored, cleanly animated effects that weren't necessarily possible when the ride was designed. Though you might worry that this could ruin some of the magic of the classic ride experience, Disney has a knack for marrying the old and new to create a similarly magical experience.

A great example of the difference new digital effects can make is the Alice in Wonderland dark ride at Disneyland Park. The ride originally opened in 1958 and, at the time, riders boarded a caterpillar-shaped car which carried them on a track through painted 2d cutouts of scenes from the film. much like other dark rides at the time. Though the cut-outs were replaced with 3D animatronics 1984, a four-month overhaul this year added a number of new digital effects into the mix. (The caterpillar cars, however, remain mostly the same.)

Now, instead of painted still background scenes, animations are projected onto the walls, adding action to formerly static scenes. Riders see Alice running after the white rabbit and are chased by the Queen's playing card guards. This particular update works well for both riders nostalgic for the past and those on their very first ride as little of the ride's content has been altered — new backgrounds and animations simply help bring new life to existing scenes. 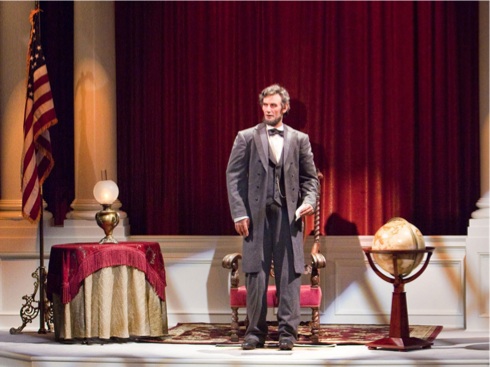 The lifelike movement and appearance of Disney's audio-animatronics has impressed crowds since Great Moments with Mr. Lincoln first appeared on stage at the 1964 World's Fair. But if you visit Disneyland today — or Magic Kingdom's Hall of Presidents — you don't see the same 1964 Lincoln.

As Disney's technology has improved, so have its animatronic characters...and the company's presidential representations as well, with their realism improved with every version. For modern presidents, Disney Imagineers even get a video of the sitting president to model the movements of the animatronic on for the ultimate in realism.

But if you want to see the improvements Disney has made in audio-animatronic technology, don't go to the Hall of Presidents or Great Moments with Mr. Lincoln: instead head over to Pirates of the Caribbean. Pirates is notable for having a mix of animatronics that are both old and new. With the success of the associated film series, a number of Jack Sparrow figures were added to the ride, whose story was tweaked to include him. But these new animatronics don't really blend in to the world around them, having a far more lifelike appearence than the classic Pirates figures. However, they do give you a great idea of just how far Disney's animatronics have come over the years. 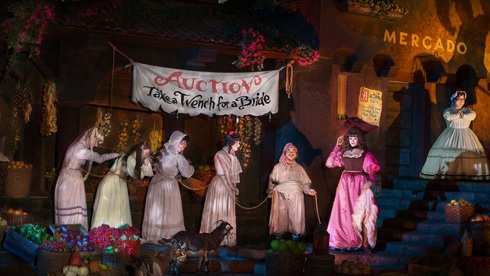 Pirates of the Caribbean© Disney

Another common upgrade is sound effects, adding a high-quality audio track to rides that didn't originally have particularly high fidelity. This is another change that's very noticeable in Pirates of the Caribbean because, just like with animatronics, parts of this classic attraction have been updated with new sounds — and, again, they're mostly lines of dialog that directly reference the new Pirates of the Caribbean movies. Just like the added animatronics, the quality of the new audio it's easy to pick out the new from the old.

This may seem like a relatively subtle change — and it is, but it's a subtle change that can make a big impact on the overall ride experience.

A common tweak whenever Imagineers are altering a ride's content, lighting is another change that sounds like a tiny tweak — but in practice, it can make a tremendous difference in how the ride looks. How dramatic of a change this makes depends on just what lighting changes are being made, but for an example, you need look no further than Ariel's Undersea adventure at Disney California Adventure.

In a recent refurb, the large Under the Sea scene swapped regular lighting for black light. Black light is a classic Disney trick that's used by most Disney dark rides... but for some reason, Ariel's Undersea Adventure opted for conventional lighting instead when it opened in 2011. This year, the scene has a fresh coat of paint that makes the colors pop dramatically under the new black lights... which also serve to help make the ceiling and overhead fixtures — which had always rather broken the illusion of being actually under the sea — fade into darkness.

The end result? The scene looks so good you have to wonder why Disney didn't do it this way in the first place.