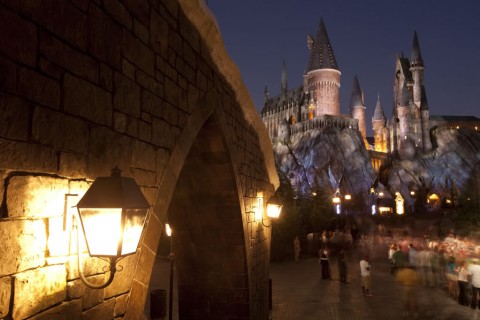 It’s been a while since last we checked in on Universal Studios Japan’s Wizarding World of Harry Potter, which is due to open on July 15, 2014 (an ironic date, since it was the last of the three Hogsmeade Villages to be announced and yet the second to open). Given the land’s imminent debut, there is, unsurprisingly, a great deal more information available on just what will be awaiting visitors to Universal’s most-visited park.

This is actually a matter of some importance, given the absolutely huge number of rumors that had been swirling about over the course of the past two years, detailing not only which aspects of the Orlando original would be making the international journey (no, Universal didn’t happen to reveal that particular piece of information when it formally announced the Japanese clone back in May 2012), but also, much more importantly, what would be new and exclusive to Asia; in an interesting and extremely shrewd twist, Universal has decided to make at least one attraction or experience exclusive to each of its Hogsmeade locations, thereby forcing visitors to travel to Orlando, Osaka, and Hollywood for the complete Harry Potter experience. 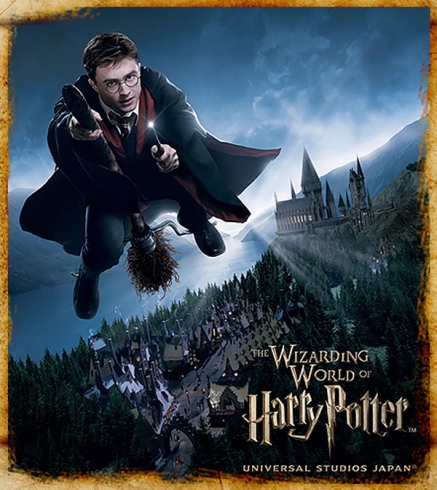 Now that we’ve gotten the skinny on Harry’s Asian digs, we can safely say two things: (1) while intriguing, the new, presumably exclusive developments at USJ don’t necessarily live up to what was originally rumored to be coming; but (2) they still make the case that perhaps its rendition of Hogsmeade Village may be the best in the world – depending, of course, upon your personal parameters.

(Please note: when we say the best Wizarding World, we’re just talking about the various Hogsmeades out there, and not the soon-to-open Wizarding World of Harry Potter – Diagon Alley at Universal Studios Florida, which would easily take the grand prize of most immersive theme park land in the world, Harry Potter-related or not.)

An upgraded Harry Potter and the Forbidden Journey

When the original Forbidden Journey was being built in Islands of Adventure, it was originally slated to feature three immersive features or scenes that ultimately got cut thanks to a combination of technical difficulties and interference from license holder Warner Bros. and author J.K. Rowling, who were concerned about having an overly scary ride experience for children: 3D film segments, real fire being breathed by the audio-animatronic dragon, and a whole host of AA Dementors in the ride’s climax (replete with hands stretching out to grab you!). 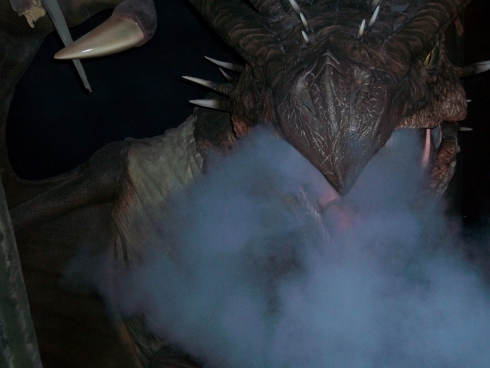 It was speculated that Universal would have resurrected the 3D aspect of the attraction, at the least, and all three original design features, at the most, when bringing the ride across the Pacific. Unfortunately, none of these have panned out, though the second version of Forbidden Journey will feature the 4K video projection upgrades that the original recently received. That’s something, we suppose.

An upgraded Flight of the Hippogriff

Just as with its sister ride in next-door Hogwarts Castle, the kiddie coaster Flight of the Hippogriff was widely expected to see an expanded presence, though, this time, it had nothing to do with the ride experience, but, rather, with its queue.

According to unofficial accounts, Jo Rowling was quite eager to have Hagrid’s hut be a major part of Hippogriff’s queue, with riders being able to actually enter and walk through it. However, it seems like America’s Disabilities Act, which requires that every public space have wheelchair accessibility, got in the way (literally), and the iconic building was doomed to being just another piece of scenery that passengers simply pass by.

All those who were hoping that Universal Studios Japan would represent a second shot for dear ol’ Hagrid will have to be disappointed (again), as it looks like the Japanese version will be identical in every respect to its American forbearer.

Although mostly rumored to be heading to Universal Studios Hollywood, the new restaurant located in one of the greatest fictitious culinary settings ever – Hogwarts Castle’s Great Hall – was also whispered to be making its way to Osaka.

The idea behind the quick-service experience would have gone essentially along the same lines as Be Our Guest in Magic Kingdom, with your food being sent directly to your table after having placed your order at the cash register (which, ironically enough, is precisely the set-up that Universal opted to take with the Leaky Cauldron inside of Diagon Alley). In a wizarding twist, however, Universal had supposedly found a way to literally make the food magically appear on patrons’ tables. 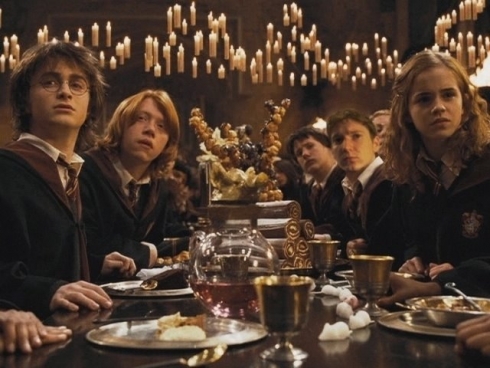 This could have been you. Image © Warner Bros.

Just how that would’ve worked is entirely unknown, but it looks like no one will have to worry about solving that particular riddle now – the only restaurant coming to USJ is the Three Broomsticks (and, in a delightful surprise, its attached Hog’s Head Pub, as well).

A Defense against the Dark Arts show

Deemed perhaps the likeliest of the new, exclusive features, given Universal Japan’s propensity to refer to a “school for wizards” as part of its plans, we now know that the enigmatic phrase is merely the result of that pesky language barrier – no show staged in a bigger, more authentic recreation of the Defense against the Dark Arts classroom, which would have taught the basics of wand maneuvers, is, sadly, in the cards.

(In retrospect, the havoc this would play with Forbidden Journey’s queue would be considerable, unless Universal, Warner Bros., and, most importantly, Rowling would be happy with having two versions of the same set situated in the same physical location.)

It’s still somewhat likely that this will be headed to USH, but given the even greater likelihood that the West Coast will be getting the Great Hall restaurant, this rumor should similarly be considered dead on arrival – there’s only so much space in Hollywood, after all (even less than in Osaka!), and having both of these experiences would require a very large castle, indeed.