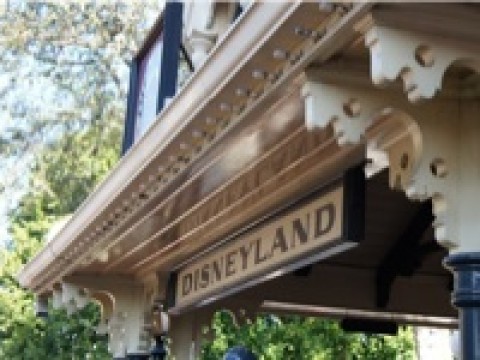 It may come as a surprise, but not everything at the Disneyland Resort can be found at Walt Disney World.

While you might think California's Disneyland Resort and Florida's Walt Disney World are carbon copies on different sides of the country, you'd be wrong. Disneyland is by far the smaller of the two resorts, but the California park manages to pack a lot of attractions into its (relatively) small footprint — and there are quite a few of them that you simply won't find if you visit the Florida parks.

So let's take a walk down Main Street and see which of our favorite Disneyland landmarks won't be found at Walt Disney World (and remember, this is NOT an exhaustive list). 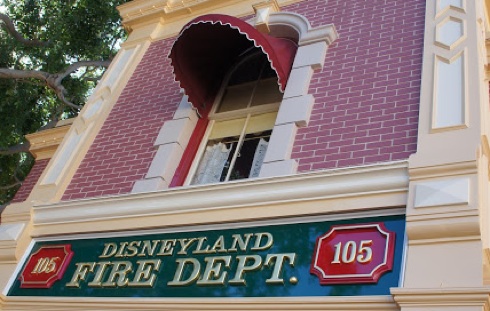 Though this isn't something that any but the most hardcore Disney fans are likely to note, there's a window above Main Street Fire House at Disneyland where a light always burns — though during Christmastime, it's replaced with a miniature Christmas tree. While most passersby will see this as just another piece of Main Street's elaborate theming, behind that window is actually a tiny apartment where Walt and Lillian Disney would stay when they visited the park. When the light was on, it meant Walt was in — and now it burns constantly as a sign that Walt's always with us. 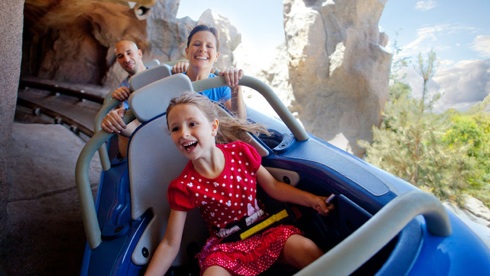 As you walk down Main Street, the towering silhouette of the Matterhorn mountain in Fantasyland is impossible to miss. This roller coaster takes you up and down the Matterhorn in bobsled-style cars... just watch out for the Yeti. Walt Disney World visitors shouldn't despair that they don't have their own Matterhorn, though: the ride is similar in feel to Space Mountain, even though the two have vastly different theming. 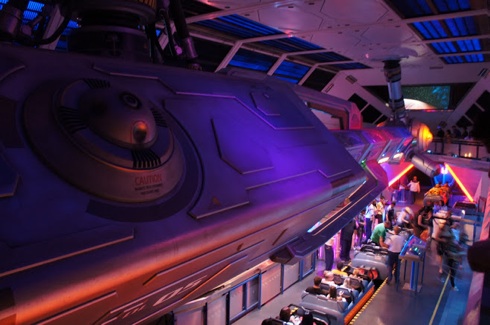 Speaking of Space Mountain, Disneyland's version of the ride may look identical to the Magic Kingdom original on the outside, but to differentiate it from the nearby Matterhorn, it's vastly different on the inside. While both versions of Space Mountain take you on an outer space adventure in the dark against a backdrop of stars, Disneyland's version eschews the sled-style cars in favor of more traditional roller coaster cars where two passengers sit side by side. The ride's track is also completely different, and the twisty turny thrill ride hits a higher maximum speed of 34.8mph (compared to Magic Kingdom's 27mph).

Fans of fast rides will love the Disneyland version, but if Magic Kingdom's version already pushes your thrill limit, you may want to avoid this ride. 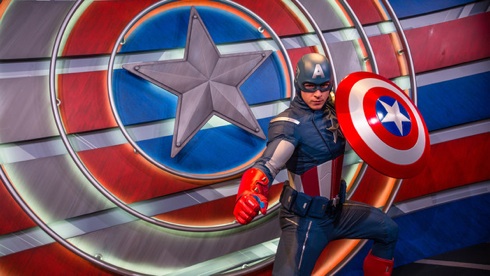 On the east coast, Marvel theming and characters are reserved for Marvel Super Hero Island at Universal's Islands of Adventure, but at Disneyland you can find Marvel characters at Tomorrowland. It's hardly on a par with Universal's land, but if you venture into Innoventions — not the most interesting area in either park, but always a good place to get out of heat during summer months — you'll find meet and greets with Thor and Captain America as well as a collection of Iron Man armor. It's  not much Marvel, but with the success of this minor Marvel invasion, we expect Disney will continue to add a new Marvel attraction whenever a movie is released. 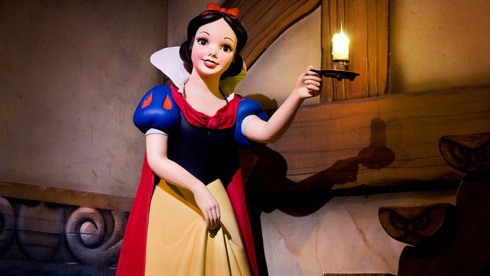 If you head back towards Fantasyland, you'll find a large collection of classic Disney dark rides, many of which have been replaced or revamped in the Magic Kingdom. Here you'll find Mr. Toad's Wild Ride, Peter Pan's Flight, Snow White's Scary Adventures, Pinocchio's Daring Journey, Alice in Wonderland, and, around the corner in Critter Country, The Many Adventures of Winnie the Pooh. Three of these — Mr. Toad, Peter Pan, and Snow White — are park originals that have been around since 1955. And of the lot, only two — Peter Pan and Winnie the Pooh — can be found at Disney World.

These rides are simplistic, to say the least, featuring cars on fixed tracks that navigate through brightly painted sets that tell classic Disney tales, often lit with black light to give the colors extra pop. Though they're hardly state of the art, they are great for a dose of nostalgia and give us a look back on the park as it was back in Walt's day.