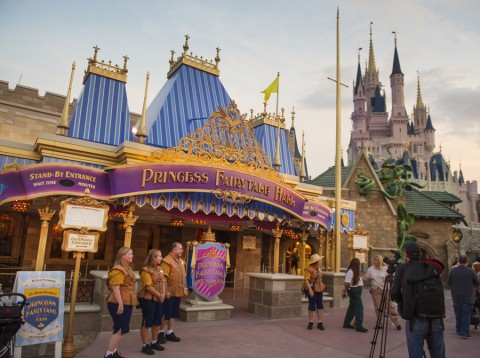 This is the weekly rumor and refurbishment update for the Orlando-area theme parks for the week of April 13, 2014.

We are just about there folks. There are three signs that the Seven Dwarfs Mine Train is gearing up to "soft open" to guests soon:

1. More walls surrounding the Seven Dwarfs Mine Train came down this weekend near Storybook Circus.

3. The sign for the Mine Train has also been installed. 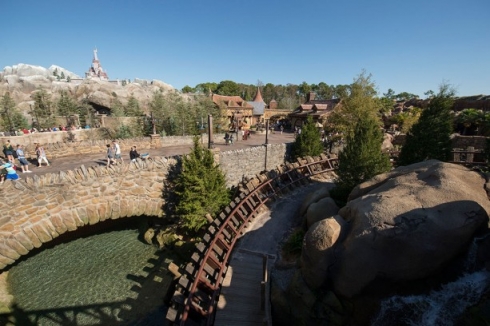 Walt Disney Imagineering is still testing the ride and no word has been given as to when the park's operations will take over. It could be in the next few days, or just before the media preview on May 2. We also don’t know if it will be a Cast Members-only soft opening or if the soft opening will be for park guests. Just don’t lose hope because if you are visiting the Magic Kingdom this week you might just be one of the first guests to ride the park's newest attraction.

For those of you that are confused about soft openings: basically, during soft openings, there is no guarantee that the attraction will be operational while you are there or that you can ride. The attraction may allow guests to ride for thirty minutes or a few hours at any time. No announcement is made when the attraction opens, so you will have to linger near the entrance (by The Many Adventures of Winnie the Pooh) to have the best chance.

The refurbishment of Cinderella Castle has been completed. There are no longer cranes blocking the picturesque view.

Anna and Elsa will be joining Cinderella and Rapunzel at Princess Fairytale Hall in the Magic Kingdom starting April 20. The princess (and/or queen, not quite sure about that) duo formerly greeted guests at the Norway Pavilion in Epcot. Lines grew to several hours long and caused major congestion in Norway. 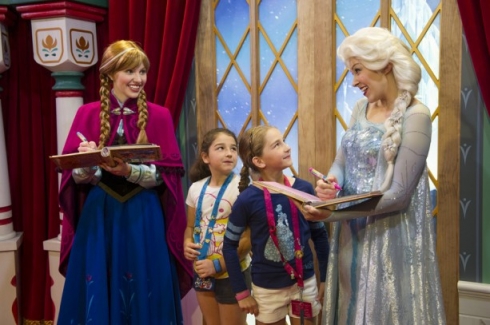 The move to Princess Fairytale Hall will also allow guests the ability to select FastPass+, but act quickly because FastPass+ for Anna and Elsa are the first to go. They will also not be greeting all day. Anna and Elsa leave for Arendelle around 5:00pm so make sure to arrive before then. 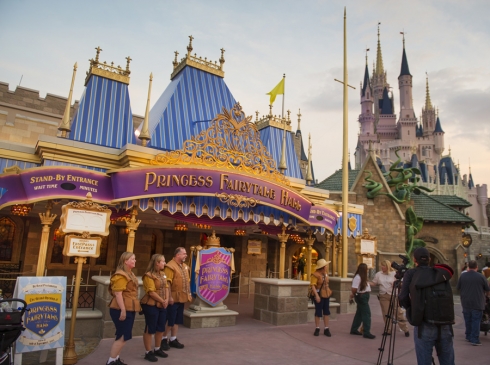 You might spot Professor Parker Woodson from the Dino Institute and his pet velociraptor “V” in Dinoland USA according to WDWMagic. Disney is running this new atmosphere entertainment for the next few weeks and he could appear at any time.