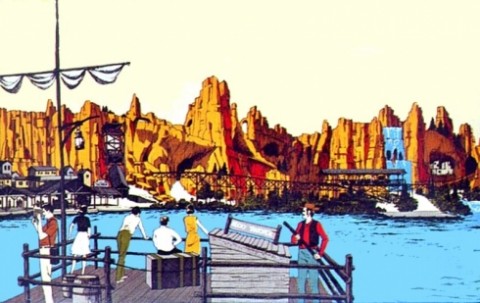 Over the years since Disneyland opened in 1955, Disney has carved out a reputation as being the master of creating certain categories of theme park ride. This includes dark rides, such as the Haunted Mansion and Peter Pan's Flight. Since the opening of It's a Small World in 1966 and Pirates of the Caribbean the following year, it has also included boat rides through animated scenes.

In the decades following the debuts of those pioneering attractions, Disney's Imagineers have devised a host of boat rides. Some of these have been built, and have gone on to become very successful. For various different reasons, others never saw the light of day.

Let's take a looking at 5 amazing Disney boat rides that were designed but never built! 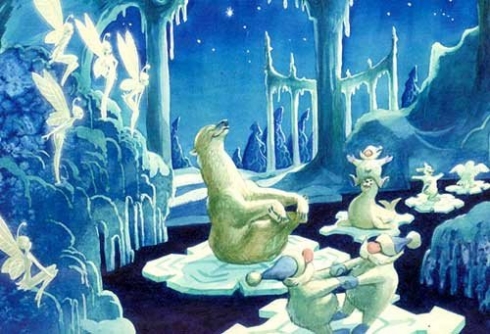 Legendary Disney animator and Imagineer Marc Davis put together the plans for the Enchanted Snow Palace, which would have occupied the space that currently hosts Disneyland's Fantasyland Theater. Davis aimed to create a ride that would allow guests to cool off and escape the Southern California heat, taking them on a icy adventure through a beautiful fantasy world.

After entering a ride building themed around a glacier, guests would queue past beautiful mock ice carvings. They would then board their boats, going on a breathtaking journey past audio-animatronic polar bears, penguins, timber wolves and walruses. The main set pieces would be an encounter with enormous "snow giants" wielding giant ice clubs, as well as a visit to the throne room of the "Snow Queen".

Davis' gentle creation would undoubtedly have been very pretty. However, it was deemed to be to tame for an increasingly thrill-seeking 1970s audience, and Disney opted not to pursue the idea. 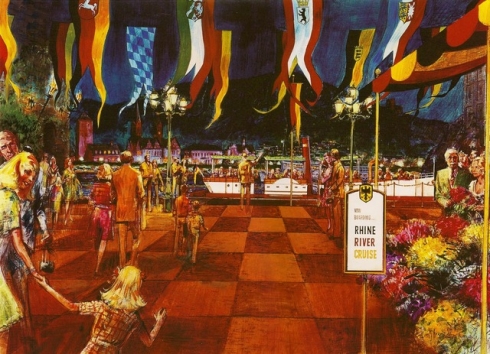 The plans for EPCOT Center, which opened in 1982, included a boat ride in the Germany Pavilion. This would have seen guests boarding a "cruise boat" for a trip down the Rhine and other rivers, providing a visual overview of Germany's heritage. Miniature recreations of the Black Forest, the Ruhr Valley and Heidelberg would have been on show.

Disney went as far as building part of the show building for the Rhine River Cruise, but the ride was not completed. Like many attractions planned for the World Showcase area of Epcot, the likely reason is that Disney could not secure a corporate sponsor to fund the construction costs. 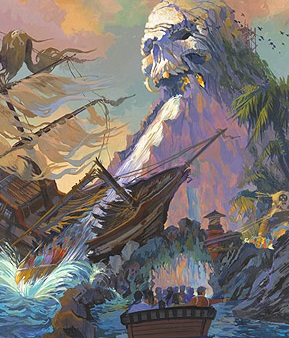 Hong Kong Disneyland was the first Magic Kingdom-style park not to feature a Frontierland area, with the space that it would have occupied instead being left open for a future expansion. One of the concepts considered for this area was Pirateland, which would have built on the success of the Pirates of the Caribbean movies.

The headline attraction would, of course, have been Pirates of the Caribbean. However, this would not recreate the Disneyland original, but instead be a thrill ride in the style of Splash Mountain. In the end, Hong Kong Disneyland opted to build Grizzly Gulch, Mystic Point and Toy Story Land as its expansion lands instead. 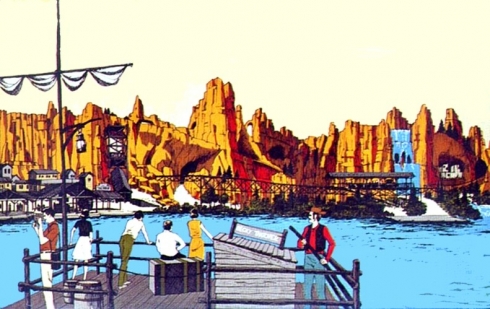 Alongside his disappointment over the Enchanted Snow Palace, poor Marc Davis saw another of his major boat ride designs dropped by Disney in the 1970s. The legendary Western River Expedition built upon a previous concept designed for a never-built indoor Disney theme park in St Louis. It was designed to occupy a new sub-land in the Magic Kingdom's Frontierland, Thunder Mesa, along with a mine train-themed roller coaster. The attraction would have been hosted in an enormous Thunder Mesa show building, with guests entering a nighttime scene in a giant canyon. They would then board Pirates of the Caribbean-style boats before going on a cruise around recreated scenes of the Wild West.

The Western River Expedition was due to be added to the Magic Kingdom as its first expansion project. However, when the park opened, guests demanded a version of Disneyland's Pirates of the Caribbean. This was built instead, although Big Thunder Mountain Railroad did eventually emerge as the mine train roller coaster featured in the Thunder Mesa plans. 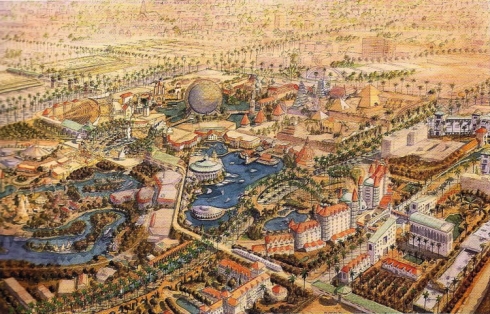 WestCOT was conceived as a West Coast version of EPCOT Center in the late 1980s, and was to be the second theme park at the Disneyland Resort. Unlike EPCOT Center's World Showcase, WestCOT’s version would not have featured pavilions inspired by individual countries. Instead, they were to be themed around regions, and would have hosted both rides and restaurants.

Passing through all of the pavilions would have been an enormous boat ride, the World Cruise. This would have featured five stops, with animated scenes between each of the ride. The 45-minute ride would also have emerged in the exterior waterways of each pavilion.

When the EuroDisney resort descended into financial disaster, Disney reigned back its plans in Southern California. WestCOT was never built, with Disney California Adventure eventually being constructed in its place.

Was this book ever made? I see this post is 2 years old....but there is nothing on Google and the link doesn't work. This would make the PERFECT gift for my sister if it exists.....let me know?