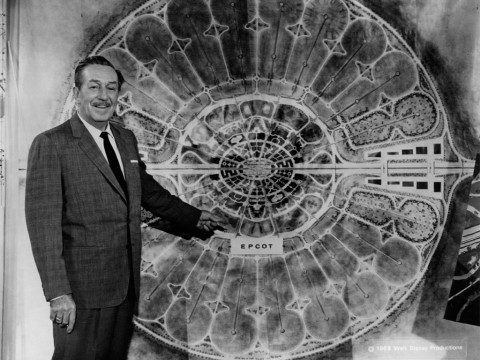 Walt Disney achieved an amazing amount during his lifetime. The studio that he built was responsible for the first Technicolor animation, the first with synchronized sound and the first feature length traditionally animated film (Snow White and the Seven Dwarfs). He reinvented the amusement park (now a themepark) with Disneyland. And he created the California Institute of the Arts. It was perhaps inevitable that Walt would die with some of his dreams unfulfilled - after all, this was a man who was constantly looking to "one-up" himself. It was just as inevitable that those who survived him would lack the ability to make some of those dreams become a reality. Let's take a look at three incredible dreams that died along with Walt Disney. 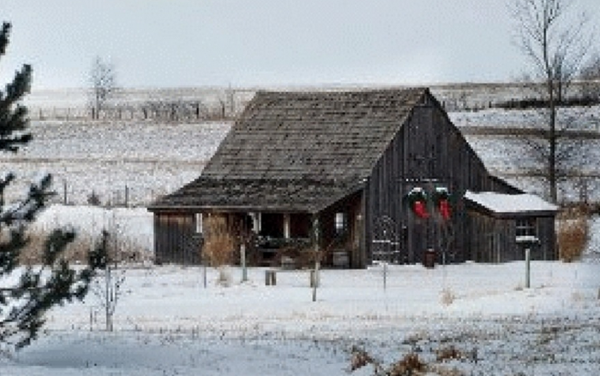 The happiest period in Walt's childhood was the time he spent living on a farm with his family in Marceline, Missouri. It became the template for a key element of Disneyland, Main Street USA, which is designed to resemble a turn-of-the-century American town. The city also provided inspiration for the animated classic Lady and the Tramp. Tiny Marceline seems like an unlikely spot for Disney to develop an attraction. However, at the time of Walt's death in 1966 he was seriously pursuing such a project. He had teamed up with local businessman Rush Johnson, who had set up a non-profit foundation to buy up the old Disney farm and numerous surrounding properties. These were subsequently sold on to Walt Disney Productions. The resulting attraction, sometimes referred to as Walt Disney's Boyhood Farm, would not have been another Disneyland. Instead, it would have been a working farm, employing methods from the early 20th century. Visitors would be able to learn about agriculture and the origins of the food on their plates, as well as enjoying the simple pleasures of country living. Walt and Johnson corresponded about the project for over a decade, and Walt even kept a map of Marceline on the desk of his office in Burbank. In mid-1966, he donated Disneyland's Midget Autopia ride to the city after it was removed from the park. Walt died before his Boyhood Farm project could come to fruition, but his brother and business partner Roy continued to pursue it. However, he was focused primarily on completing Walt Disney World, and died shortly after its opening in 1971. Following Roy's death, the Disney company abandoned the Marceline project, and sold the land back to Johnson. He gave it to his daughter as a wedding gift. 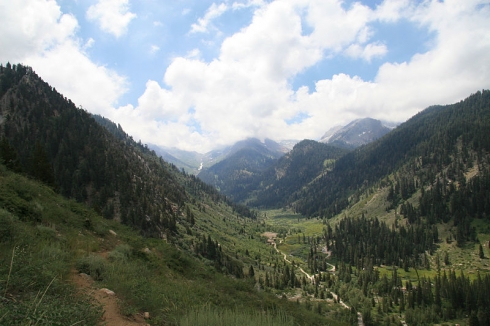 At the same time that he was developing plans for Disney World in Florida, Walt was also working on another, very different concept for a tourist destination. He had set his heart on developing a ski resort. Just before Christmas in 1965, the U.S. Forest Service announced that it had awarded Disney the rights to develop the Mineral King Valley area of Sequoia National Forest into just such a resort. Walt himself was quoted as saying: "When I first saw Mineral King five years ago, I thought it was one of the most beautiful spots I had ever seen and we want to keep it that way." 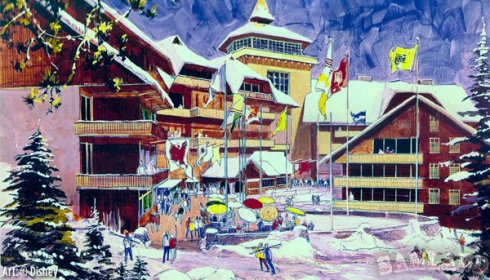 Disney expected to attract 2.5 million visitors a year to the Mineral King Ski Resort, and planned to spend some $35 million on creating it. At its heart would have been an Alpine Village, complete with a shops, restaurants, a chapel and an ice-skating rink. Further restaurants would be scattered through the valley and atop mountains. Cars would be excluded from the valley itself, with guests parking some distance away and being transported into it. A total of fourteen ski lifts would be installed. These would be camoflaged to avoid blighting views of the valley. To the same end, service areas would be buried in a 60,000-square-foot facility underneath the village. A previous plan to install a ski resort at Mineral King had fallen apart when it was realised that road access to the area was inadequate. For Disney's plan to succeed, a highway would have to be cut through the surrounding Sequoia National Park. In the months leading up to Walt's death, much progress was made. California Governor Edmund G. Brown announced a $3 million Federal grant towards building the road, and planned to seek further funding. After Walt's death, the company continued to work on the Mineral King plans. The master plan was approved by the U.S. Forest Service in January 1969, and the resort was expected to welcome its first skiers in 1973. By this time, however, there were significant objections to the ski resort plans. These were mostly based on environmental grounds, with fears that the road and resort would destroy the natural beauty of the valley. Eventually, in May 1972, Disney reduced the planned number of ski lifts (which by now had reached 22) to just 10, as well as scaling down other aspects of the resort. It even planned to install a cog railway instead of the new road. This, though, was not enough to placate its opponents, with the Sierra Club pursuing legal means to stop it. Eventually, in 1978 Congress removed Mineral King from the National Forest and made it a part of Sequoia National Park. The ski resort project was dropped. It's a little harsh, then, to blame the failure of the Mineral King Ski Resort plans on the death of Walt Disney himself - clearly, there were many other factors and it was probably doomed either way. But Walt may have persisted in his plan to open a ski resort somewhere had he lived longer. 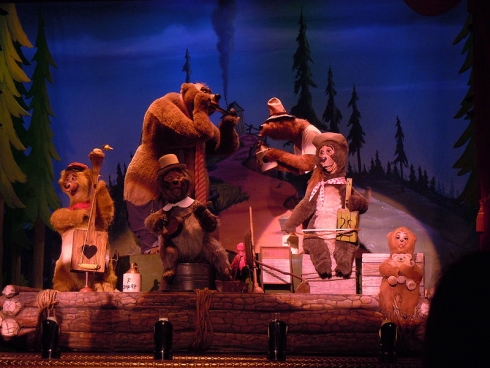 One element of the plans did live on, however - the Country Bear Jamboree at the Magic Kingdom was originally designed for one of Mineral King's restaurants.

It was supposed to be a closed loop system, completely free of the grid. But due to outsourcing they shot themselves in the bank.

Um no. Community. There is video footage of Walt himself saying "Community" and there is evidence elsewhere all throughout the Internet.

He did have other venues for his ski resort... Sugar Bowl in northern California near Donner Lake was a place that he invested in. It even has a mountain named Disney Mountain. and his name is on the first chair lift in California, aptly named Disney Express.