In Pictures: The Evolution of Mickey Mouse at Disney's Theme Parks 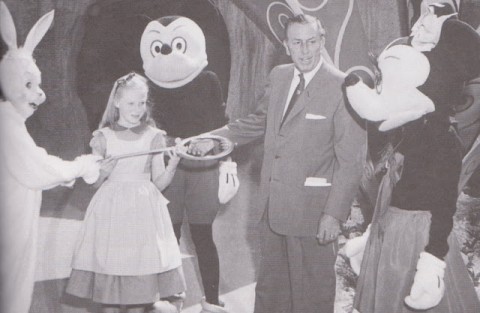 Mickey Mouse has evolved significantly since he joined Walt Disney for the opening day of Disneyland in 1955. Take a look back at Mickey's many forms...

When Disneyland opened in 1955, it was in many ways very similar to its current incarnation. Indeed, many of the rides that opened that day are still in place. One aspect, though, was very primitive when compared to today's park: the walkabout characters. The Mickey Mouse of 2013 is a very different creature to that of almost six decades ago!

Here's Mickey on the opening day of Disneyland in 1955. Notice how crude the costume looks!

Disneyland expanded its line-up in 1958 with the opening of Alice in Wonderland. But Mickey didn't look much better at that stage! Minnie looks particularly ferocious, though. 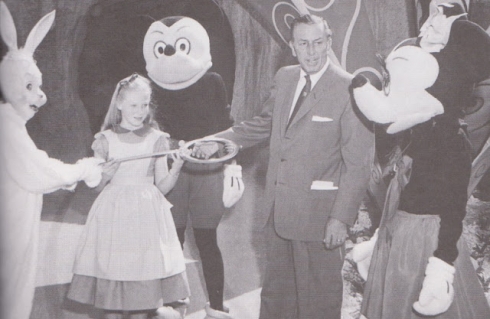 Fortunately, by the time Walt Disney World's Magic Kingdom opened in 1971, Mickey had come to resemble his on-screen counterpart much more closely. Here he is in the opening day parade, and posing with Walt's older brother Roy O. Disney. 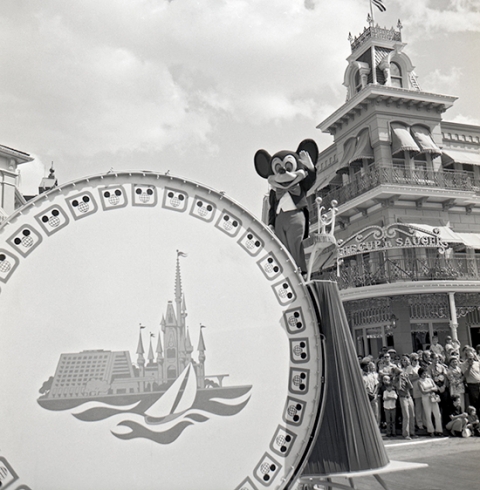 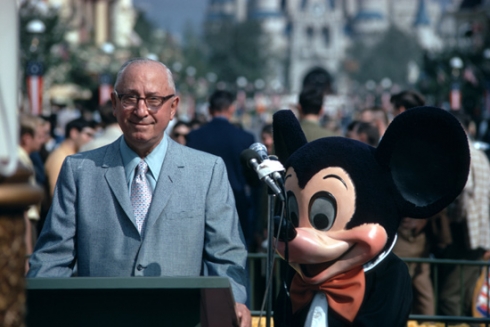 When Epcot opened in 1982, management were keen to keep well-known characters such as Mickey out of the park. But Mickey's image had been refined even further by the time Disney-MGM Studios opened in 1989, and he was once again on-hand to help out: 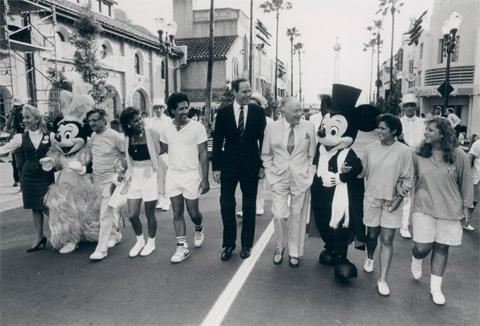 Now, of course, Mickey can talk. Here he is in his latest incarnation, appearing in the Town Square Theater at the Magic Kingdom: 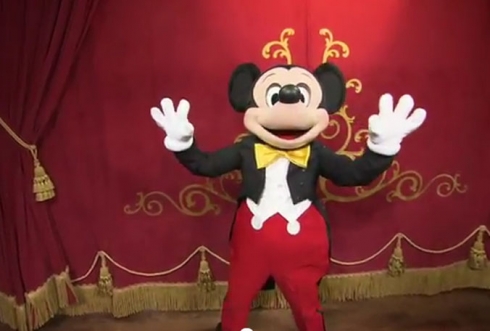 Now that Mickey can talk, who knows what he'll do next?

My husband and I were really creeped out by talking Mickey in Dec. He is really really strange....

Why did they not want the established Disney characters in Epcot?

My guess would be that Epcot was meant to be a different kind of park. It was more adult, focused on technology and culture. It was modeled after World's Fairs... It didn't have the fantasy or "magic" of Magic Kingdom / Disneyland, which was on purpose. So they probably wanted to brand it differently. That's just my guess!

Spot on, Brian. That's exactly the case. Although they reversed the decision pretty quickly!

I'm sure they backtracked because it was boring.
I went once to Epcot, and did not care for it. I was seriously bored there. Maybe I'll give it another try one day, but I'll probably always like Magic Kingdom and Disneyland more.