Jealous Of Disneyland? This Is What Walt Disney World Needs... 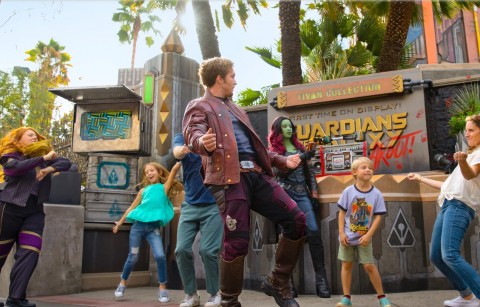 One experience that Disneyland and Disney California Adventure have that is lacking in the Walt Disney World parks is meet and greets with new Disney characters. Meet and Greets were closed in the parks for an extended period due to the pandemic, and when they recently reopened at Walt Disney World, none of the meet and greets were new. This would have been a perfect time to add new characters like Raya from Raya and The Last Dragon, or any of the Encanto characters, especially Mirabel. While Mirabel is set to appear in the Disney Adventure Friends Cavalcade at Magic Kingdom, it would be great to see her in an individual Meet and Greet as she has appeared in California.

Additionally, now that Guardians of the Galaxy: Cosmic Rewind has opened, there is now the opportunity for Epcot to be a great location for a Guardians Meet and Greet. You can currently see Gamora and Starlord at Avengers Campus in Disney California Adventure. Avengers Campus is constantly bringing in new Marvel characters for guests to interact with. Currently, no Marvel characters appear in the Florida parks for legal reasons related to the Islands of Adventure's use of the Marvel characters. The Guardians do not appear at Islands of Adventure in Florida (which is why Walt Disney World was able to have a ride around them), and therefore would be the first and only Marvel Meet and Greet for Walt Disney World.

While there is nothing like experiencing the Walt Disney World parks all decked out for the holidays, the Florida parks do not get certain special event overlays that the California parks receive. Sure, Walt Disney World has the “Jingle” Cruise and holiday decoration overlays on Tomorrowland Speedway and Living with the Land. However, these overlays are mainly lights and holiday decorations that don’t necessarily change the ride experience. It would be great if Walt Disney World could get overlays like the Haunted Mansion Nightmare Before Christmas overlay or the Hyperspace Mountain overlay that can be seen at Disneyland. Perhaps, Magic Kingdom could opt for a Hocus Pocus or Muppets overlay for Haunted Mansion to create a more unique experience from what is offered at Disneyland.

Additionally, can we at least get some better music on Magic Kingdom’s Space Mountain? The speakers in Disneyland’s Space Mountain are built right into the cars, and in Magic Kingdom, it is projected from many different speakers throughout the ride. Personally, I can barely hear the music most of the time. Having an improved sound system in Space Mountain would improve the ride experience and could make for a low-cost and easy way to change the ride for the different holidays. Spooky music at Halloween, some jolly music during the wintertime holidays.

Free Bread?! And Other Snack Improvements

Did you know that there is a tour in Disney California Adventure where you can get a free bread sample? You can tour Boudin Bakery and watch loaves of delicious sourdough bread being made. You even get a free sample during the tour. Who doesn’t want free bread?

In addition to free bread, it is argued that the churros at the California parks are superior to their Florida counterparts. We think this should certainly be remedied. Finally, the only place in Walt Disney World you can find a Mickey Beignet is at Disney’s Port Orleans Resort. It is not always easy for guests to find the time to travel to this beautiful resort. It would be nice if Walt Disney World guests were able to find Mickey beignets in the parks like you can at Disneyland.

Fantasmic! returned to Disneyland last month, but Walt Disney World guests are still anxiously awaiting its return at Hollywood Studios. I wouldn't say I am necessarily bitter, but the California parks do also have World of Color and The Main Street Electrical Parade. Walt Disney World needs Fantasmic! back! While we still do not know exactly when Fantasmic! will reopen in Hollywood Studios, the refurbishment construction is currently underway and the show will open at some point in 2022.

Let us know if you would like any other Disneyland experiences making their way to Walt Disney World at some point in the future by leaving us a comment below or on our Facebook page.