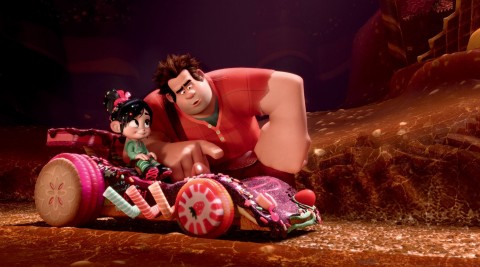 This Summer the Guardians of the Galaxy: Cosmic Rewind roller coaster will be launching at EPCOT, Walt Disney World. Although we do not know when it will be opening, Tron Lightcycle Run will also be welcoming guests soon. In honor of these two IP (Intellectual Property) based coasters, here are 5 other IP's that could make great roller coasters.

In the original Monsters Inc., there is a scene where Mike and Sulley are trying to save Boo, and they spend the scene riding doors on a conveyor through the facility trying to get Boo to her door. The doors swing and dip and swerve. Imagine a suspended coaster that has trains where the backs of the seats resemble the unique closet doors from the movie. One of the trains could even carry Boo’s flower covered door. There might even be speakers in the trains that have voice overs of Sulley and Mike. There is one point in the movie when they stop and must make Boo laugh, this would make the perfect mid-ride launch, using Boo’s laughter to send riders launching through the second half of the coaster.

Another IP that would make a great coaster would be Wreck-It Ralph, but more specifically Sugar Rush, the game that Vanellope is from at the start of the first film. For this coaster, it would be a launched, racing coaster. Two mirrored tracks that both launch simultaneously and race to the finish line. It would be fun for this one to be similar to Seven Dwarves Mine Train where it incorporates dark ride elements to enhance the feeling that riders are actually in Sugar Rush. Each car of the train could correspond to each of the Sugar Rush character choices from Taffyta to Vanellope. It would be a sweet and colorful fast-paced adventure.

Shang-Chi and the Legend of the Ten Rings

This coaster would feature ride vehicles like Tron, but instead of riding a Lightcycle, you would be riding the Great Protector dragon. Riders would dip and weave above water as they fight to protect Ta Lo from the Dwelling in Darkness. It would be cool if this was an indoor and outdoor coaster that incorporated scenes and effects much like Harry Potter and the Escape from Gringotts.

Similarly to Shang-Chi, a coaster for Dr. Strange could be indoors and send riders twisting and diving through the Mirror Dimension. This coaster would be something like Rock 'n’ Roller Coaster Starring Aerosmith where the coaster has inversions and even sends riders through different obstacles. It would also be a missed opportunity if the coaster didn’t travel through at least one portal throughout the ride.

Aladdin does have a single ride at Magic Kingdom, but the Magic Carpet is deserving of more than a slow Dumbo replica. Hear me out, Aladdin: Escaping from the Cave of Wonders. A fast-paced indoor coaster featuring some pyrotechnic effects, quick turns, and sometimes in complete darkness. You have to feel like you’re trying to outrun the molten magma filling up the cave. If you are thinking this seems similar to Revenge of the Mummy-The Ride, you’re right. But imagine a more innovative ride vehicle that makes you feel more like you’re actually riding the Magic Carpet.

Are there any IP’s that weren’t mentioned that you think would make a cool roller coaster?

Seems to me the obvious one is missing here. A FLY-like rollercoaster themed around The Rocketeer!