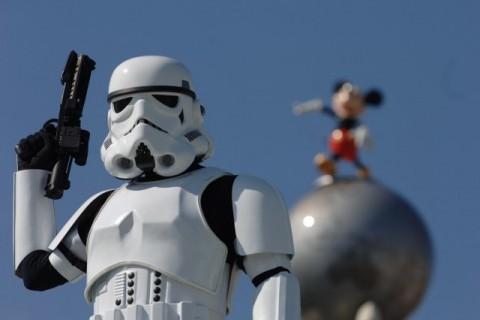 With Star Wars: Rise of the Resistance open, Star Wars: Galaxy’s Edge has finally become what Disney had promised in 2015. A Galaxy far, far away is officially the present and the future at Disney’s American theme parks. How smoothly have the parks transitioned to these unprecedented Star Wars Lands? In the latest Turning Point, let’s examine how well Disney has done thus far with Galaxy’s Edge in terms of park planning, audience reception, attendance, and revenue.

One of my favorite movie quotes ever comes from The Matrix. One character says, "No one has ever done anything like this." The reply is, "That's why it's going to work." I feel like that applies to Galaxy's Edge, the grandest attempt at a themed land ever.

While Pandora – The World of Avatar certainly reset the standard for themed entertainment, it’s unmistakably a nook in a larger theme park. At Black Spire Outpost, the experience is so immersive that guests can’t even spot other Disney attractions most of the time.

Disney reportedly spent one billion dollars to construct the world of Batuu…and they did it twice, once at Disneyland and again at Walt Disney World. These twins are somewhere between fraternal and identical, with unmistakable similarities everywhere.

Park officials announced the project in 2015 and opened it in 2019. In this area, it undoubtedly bests Avatar Land, which took 50 percent longer. With such a gigantic project, delays and setbacks are inevitable. I'm not going to ding Disney for experiencing the unavoidable.

For example, in 2016, Disney hosted a preview for Batuu. Illustrations promised a Table Service restaurant, one with an alien performing onstage in the center of the room. We don’t have that place today, although Disney’s Hollywood Studios will get it in a couple of years. Park officials transferred it to the upcoming Star Wars hotel, currently scheduled to open in 2021.

Amusingly, the inside word is that Disney didn’t open the upscale eatery at Black Spire Outpost for fear of crowds. You know how that’s gone, so it wasn’t the best call. Even so, that’s the only significant setback in terms of ditched plans.

Virtually all essential projects are now a part of the park. The last remaining holdout was Star Wars: Rise of the Resistance, the technically dazzling immersive experience that has wowed guests since its debut. The attraction’s so complicated that Disney had to push back the opening date. Otherwise, it would have spent more time broken than functional.

Realistically, what happened with Rise of the Resistance is a blemish on Disney's ledger sheet. Park officials promised the greatest attraction ever on opening day, only to delay the Disneyland version by eight months and the Walt Disney World one by three months. Relative to the overall accomplishment of Galaxy's Edge, it's a minor inconvenience and a historical footnote more than anything else. But its absence did suck for most of 2019, especially for guests who can't revisit a Disney theme park for a while.