So You Got Injured Before a Walt Disney World Vacation... 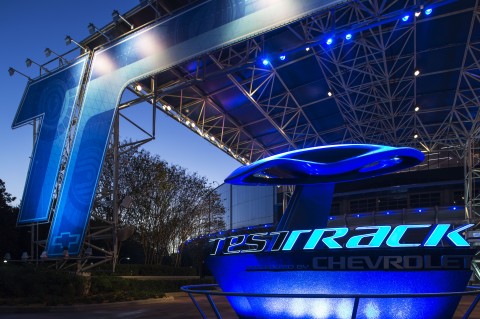 Visiting Walt Disney World with an injury was a situation I never planned for until it happened to me.

I’ve had a few injuries in my lifetime—a broken arm as a toddler, a broken foot from a rolled ankle in the Rockies… However, it wasn’t until I was a Florida resident that a situation finally arose where I found an injury affecting my ability to visit Walt Disney World.

The injury was a bad MCL tear with likely-damage to other ligaments that I got during a short-lived run doing professional wrestling training (worth it!). It was a nasty injury that initially required weeks wearing a peg-leg-like knee immobilizer even when I slept. By the grace of God, my recovery went well, and I was eventually able to switch to a heavy duty hinged knee brace paired with a compression sleeve, coupled with lots of at-home physical therapy.

For a Passholder and lifelong Disney fan, the injury happened at the worst time possible—towards the end of August 2018, when summer blackout days were over, and crowds were about to lull down for a few months of moderate weekday attendance. We initially stayed away from Disney for fear we would aggravate my injury with excessive walking and jostling thrill rides. Eventually, we decided to brave Disney in mid-September for the Epcot Food and Wine Festival, armed with a knee brace, a compression sleeve, and some OTC painkillers. Needless to say that while my experience was overall positive, I learned that visiting Walt Disney World with an injury definitely changes your experience of the Most Magical Place on Earth.

My case is unique in that I could adjust plans as a Passholder if things went south. However, for those who have planned vacations and resort reservations, changing a Walt Disney World trip may not always be possible. I also was fortunate to have an injury that was not completely debilitating to my mobility, but on any given visit to Walt Disney World, you will spot myriad visitors in braces, crutches, boots, wheelchairs, casts, and scooters. Is it still possible to enjoy Walt Disney World if you’re dealing with an injury? We think so, but we also learned a few things you should probably be aware of…

1. Things you would never think about become harder 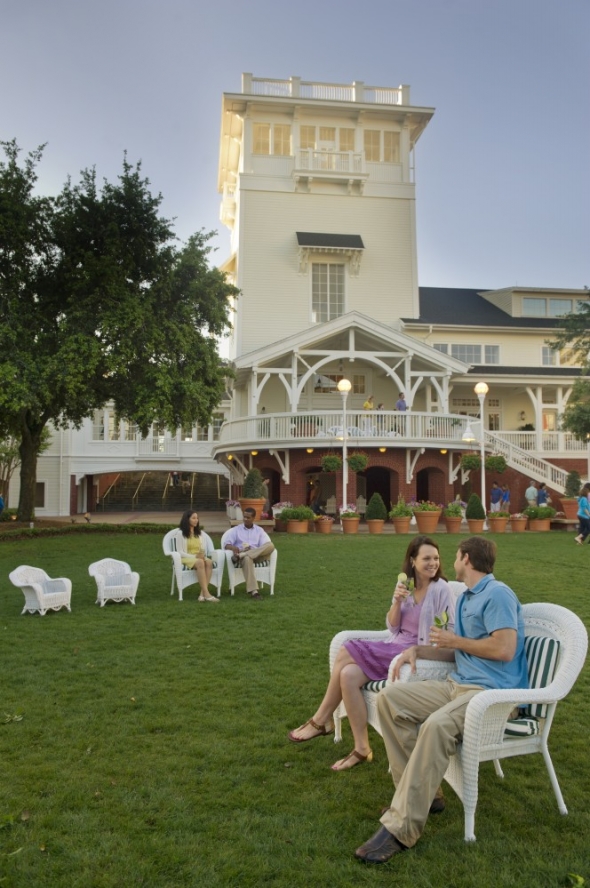 I expected walking to be the hardest part of visiting Walt Disney World in a knee brace—after all, the average Disney parks visitor walks a whopping 10 miles a day!

The walking wasn’t too bad. The actual hardest part was stairs.

The nature of my injury prevented easily bending my knees in the precise motions required to ascend and descend stairs smoothly. Now, Disney Imagineers are pretty smart people. You won’t encounter too many stairs visiting Walt Disney World, but I magically managed to find them in all sorts of situations. At The Seas With Nemo and Friends as well as during a jaunt to the Boardwalk Inn, I discovered that ascending and descending stairs took far longer than I was used to thanks to my wobbly knee. Still, this didn’t inhibit our vacation too much since there aren’t too many in the parks.

Getting in and out of ride vehicles, however, proved a different story. Many of Disney’s ride vehicles require stair-like steps to get in and out of cars and boats. I instantly realized that I couldn’t load nearly as fast as I was used to. Even the ultra-tame Gran Fiesta Tour proved a challenge for my tottery legs to navigate and squeeze into. Being unable to fully bend my knee made the process even more difficult—more on that later. In short, be aware that if you’re visiting Walt Disney World with an injury, you’ll need to be prepared to think about some basic things you wouldn’t otherwise.

2. Florida’s humidity can be brutal on braces 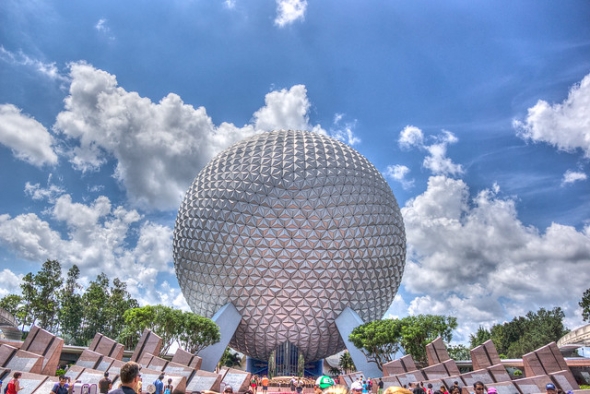 Knee braces, orthotic boots, and other injury-recovery wear are rarely light, breathable apparel. On an average day, you get pretty hot and sticky inside a knee brace, but Florida’s humidity takes this phenomenon to a whole new level.

On the day of our Disney-while-injured visit, I opted to wear a breathable compression sleeve under my knee brace. While I had to take it off half-way through the day due to pain issues, I’m glad I had it. If I hadn’t, I probably wouldn’t have been able to get my knee brace off! When we rested my knee during a mid-day break, my compression sleeve was absolutely soaked in sweat, and when I got home at the end of the day, the neoprene from my brace had completely glued itself to my knee. It took a fair deal of hard work on my husband’s part to help me get it off. I also noticed throughout the day that the heat and humidity aggravated inflammation and swelling within the brace.

If you’ll be visiting Walt Disney World with any type of recovery-wear on, it would be wise to wear some sort of breathable sock or sleeve under it, even if you have to change it a few times throughout the day. Mesh tape, so long as its loose, could work as well. If you find yourself needing to run to First Aid for some ice, this will prevent a long, embarrassing hassle of having to wrestle a sticky, sweaty neoprene brace off.