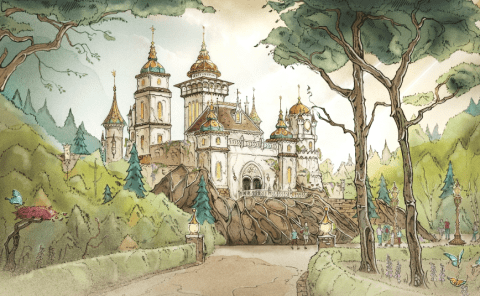 There's no question that Disney Parks are the golden standard for most themed entertainment design around the world. You can chalk that up to the ambitious, radical, industry-forming precedents set and re-set by Walt Disney and his team; the incredible budget today's Walt Disney Company is willing to fork out for its Parks division; the ongoing collective brilliance of Imagineering to keep Disney Parks cutting-edge... Put simply, no one does it like Disney.

But today, we wanted to look outside of Disney Parks with a very simple goal in mind: we set out to begin a list (one that, of course, could be hundreds of entries long) of attractions we think Walt Disney would get a kick out of. Though no one can reasonably overtake Disney, it sure seems like Walt would step off of these nine attractions feeling inspired and smiling... 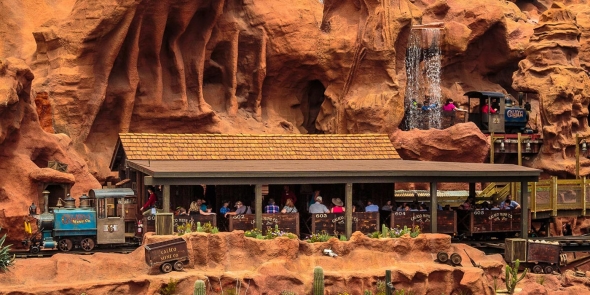 Just ten minutes north of Disneyland stands Knott’s Berry Farm, a historic theme park founded by another Walt – Walter Knott. Despite the proximity of their parks, Disney and Knott had a positive relationship. For example, Walt was known to swing by Knott’s park in the early days, taking careful measurements of park pathways and inquiring about things like the price of food.

As a matter of fact, this is the only ride on our list that we know Walt Disney liked; he visited the park in 1960 for the opening of the Calico Mine Ride. The beloved attraction carries guests in ore carts through the winding tunnels of a gold mine, viewing underground lakes, heavenly caverns of hypnotic stalactites, bubbling geysers, and the ride’s fabled central scene: a 65-foot-tall, 90-foot wide cavern seen from three levels along the ride’s course. 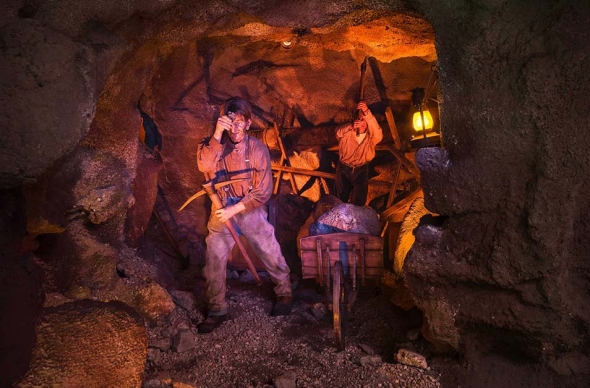 The ride looks better than ever after an extensive, nostalgic refurbishment in 2014, replacing simple mechanical miners with full Audio-Animatronics and fine-tuning lighting, sound, and animation as never before.

Calico Mine Ride also inspired Walt in a pretty significant way… He was reportedly astounded by the way designer Bud Hulburt hid the ride’s queue from guests by twisting it among “natural” features, tucked away behind rock walls, train tracks, and waterfalls. He’s quoted as saying, “My God, that’s a sneaky thing! Here there’s two hundred people in line back here, and I didn’t know there was anybody!” – likely the origin of Disneyland’s elaborate hidden queues thereafter… 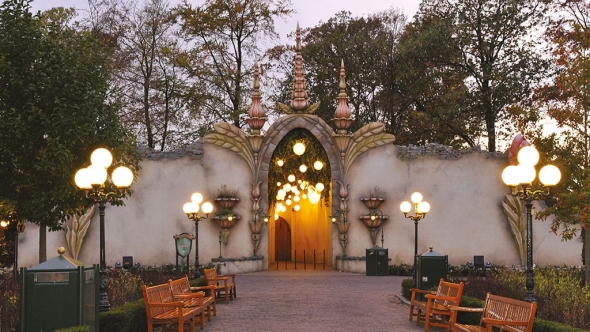 Rumors have circulated for decades that when Walt Disney sought inspiration for his new park in Anaheim, he visited Efteling in the Netherlands – opened in 1952. While all camps deny Walt’s visit to the park, Efteling seems like just the sort of place he would’ve enjoyed. The unbelievably beautiful park is wholly dedicated to the myths, folklores, fables, and fairytales of Europe, evolving from a nature park with a “Fairytale Forest” into one of the world’s most spectacular parks in its own right. 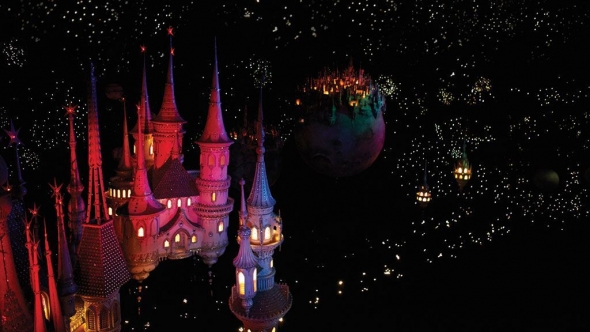 Droomvlucht – or Dreamflight – isn’t the park’s most wildly scaled ride (that would probably be the Pirates-of-the-Caribbean-scaled Fata Morgana), its most artistic (maybe their Spookslot haunted house) or its most thrilling (perhaps the well-themed Baron 1898 dive coaster), but it’s probably the one that would’ve delighted Walt the most. The suspended dark ride levitates guests through the Castle Realm, the Wondrous Forest, the Fairy Garden, Heavenly Strongholds and the Squelch Forest, passing miniature scenes, dioramas, characters, and more.

Even if Walt didn’t personally visit Efteling, what is true is that Disney consulted with the park before the opening of Disneyland Paris – an essential ingredient in their continuing quest to get the Parisian park just right for European audiences. When Disneyland Paris was complete, Disney gifted Efteling a small statue as a thank you. 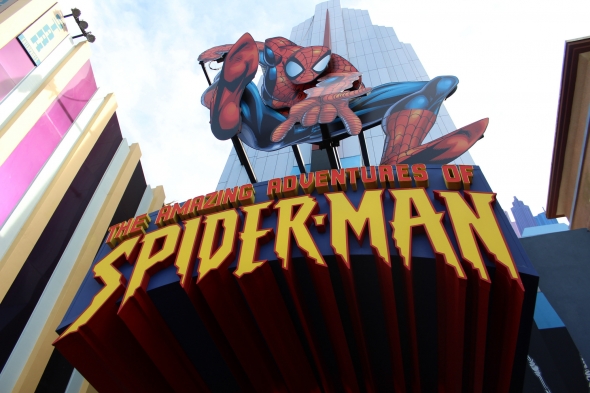 Location: Universal’s Islands of Adventure (Orlando, Florida)
Opened: 1999
Video: "The most dangerous night of my life... and yours!"

Disneyland was – at its core – Walt's answer to pop culture in the era. Back in the 1950s, people loved Westerns and the grand exploits of the American frontier; they were captivated with emerging information about the dark jungles of Africa; they were buzzing with excitement about the Space Age and the promise of nuclear energy... That's why Adventureland, Frontierland, and Tomorrowland exist...

And in some alternate universe were Disneyland were built in the '60s rather than the '50s, we might imagine that a Heroland would exist as well! Because just as Americans in the '50s played Cowboys and Indians, children in the '60s and '70s were engrossed by Fantastic Four, X-Men, Spider-Man, and other Stan Lee Marvel classics. Though fans revolt at the thought of Marvel being "shoehorned" into Disneyland, Magic Kingdom, and other sacred "castle" parks, the truth is that it fits there well among the park's literary lands... at least, in its comic book form...

Forget for a moment that Universal Orlando's Modern Marvel: The Amazing Adventures of Spider-Man just so happens to be one of the greatest modern dark rides on the planet, and that it features the kind of ambitious, forward-thinking, industry-changing innovation that Walt's own creations were always known for...

In the simplest terms, we think Walt would get a kick out of the Amazing Adventures of Spider-Man because it expertly does what he and his designers have done for decades: it totally immerses riders into a world they've always wanted to be a part of. And if Walt could be alive to see the ride (and to see the $4 billion acquisition of Marvel), he'd likely be pretty jealous that the Spider-Man ride would be the magnum opus of Disney's biggest competitors just up the road...