Behind the Ride: Harry Potter and the Escape from Gringotts 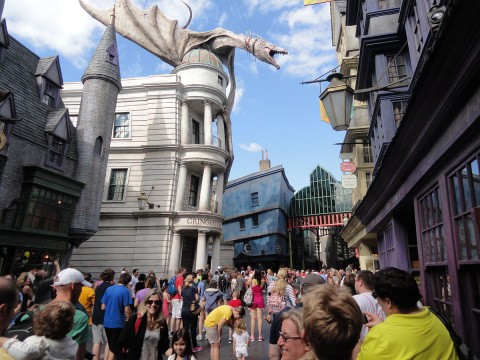 A few years after the opening of the Wizarding World of Harry Potter, Universal officials faced a difficult task. They needed to build something…more. As popular as the first Potter themed land was, it had a small budget that had caused designers to take several shortcuts. Now that the concept had become wildly popular, the next Potter expansion would face higher expectations. It needed an anchor attraction to satisfy the heightened demand, and that’s exactly what happened. Let’s go behind the ride to learn all the Engineering feats that have helped make Harry Potter and the Escape from Gringotts the most popular ride at Universal Resort Orlando.

The Experience: Entering the famous Gringotts Bank from the Potterverse

The Trick: Populating the bank for maximum immersion 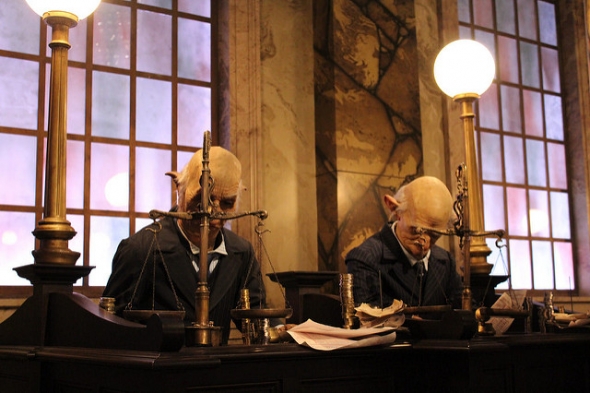 Both locales at the Wizarding World of Harry Potter in Orlando require the same attention to detail. J.K. Rowling is famously exacting in her demands for the themed lands. In choosing Diagon Alley as the place for the second Potter expansion, Universal strategists had to settle on a design that would satisfy Rowling, her loyal fans, and casual park guests alike.

Diagon Alley is a logical choice since it’s the shopping mecca for Hogwarts students and their parents. Guests who visit here are doing the equivalent of Back to School shopping; they’ll be spending lots of money. Universal wants its customers to do the same. Let’s not be naïve about the fact that Diagon Alley is the most commercial expansion possible. Its purpose is to make money. To that end, there’s a certain level of cynicism in choosing a bank at the linchpin part of Diagon Alley.

From a creative standpoint, however, the choice is spectacular. Park planners got to construct one of the most famous buildings from the Potterverse. In both the final book and the final movie, it was the setting of a daring robbery wherein Harry Potter and his loyal friends, Hermione and Ron, reclaim a Horcrux. It’s a seminal moment in the series and arguably the greatest chase/action sequence. The premise functions well as the backbone of a thrill ride. Just as importantly, it’s a terrific setting for the building that houses the ride. 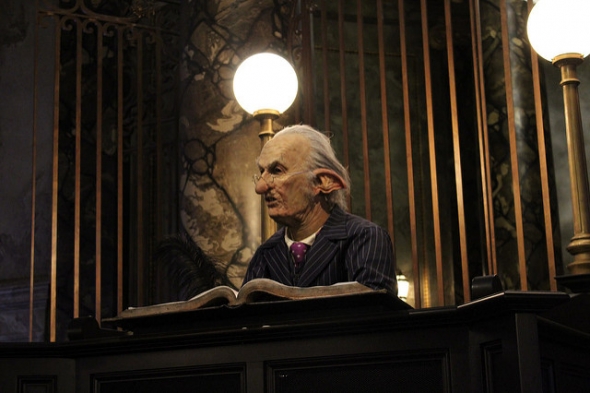 Gringotts is one of those rare instances where art and commerce blend perfectly together. As a business, Universal can sell guests on the idea of exchanging their real dollars for Gringotts bank notes, wizarding money that has no value outside the parks. For guests standing in line for the ride, however, this detail enriches the experience.

Universal built a series of audio-animatronic gnomes, the overseers of the bank. They didn’t do this for the ride, though. Instead, they’d done it for the first Wizarding World of Harry Potter expansion, which had the first cash-for-wizard-money exchange. Since they already had the technology, it was a natural extension of the idea to populate the bank with a roomful of gnomes. It has the serendipitous side effect of creating a level of immersion the instant that the guest enters the bank. Nothing helps with suspension of disbelief like an entire room of fantastical creatures moving and interacting as if they’re real.