17 Bites You Won't Want To Miss at Walt Disney World 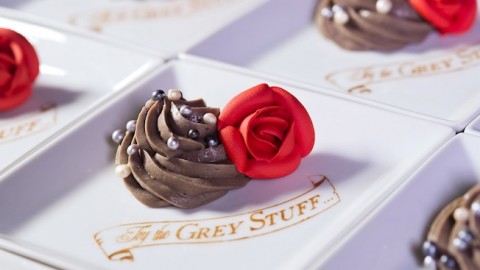 During my time at Theme Park Tourist, I’ve written tens of thousands of words about the delicious foods at Walt Disney World restaurants. I’ve championed hidden gems like Kona Café and Olivia’s Café, I’ve brazenly dismissed beloved favorites such as Tusker House, and I’ve declared Sci-Fi Dine-In the greatest thing on the Disney campus…because it is. I’m never afraid to have an opinion about Disney food, and I have the waistline to prove it.

Today, I’m going to approach the subject in a different way, though. Rather than discussing restaurants in totality or specific types of food groupings, I’m lumping all the flavors together to create an ultimate list. Here are my 17 favorite foods at Walt Disney World. Note that I’m leaving out Mickey Waffles, turkey legs, and Dole Whip since everybody says those. You can take the list out to 20 by mentally including them if you wish! 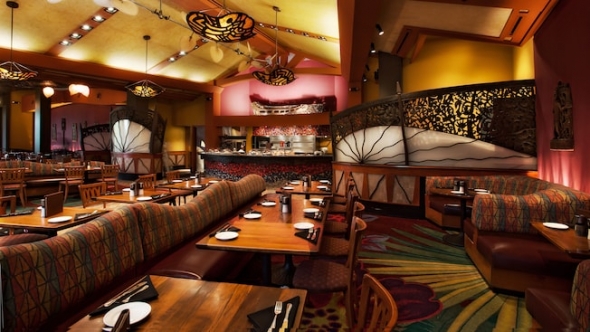 Image: DisneySince this list is about flavors, I should include great bread, too. The sweet bread at Kona Café has a touch of pineapple flavor and a crunchy butter that’s not available anywhere else at Disney. Both the bread AND the butter are my favorites on the Disney campus. I always overeat at Kona Café. 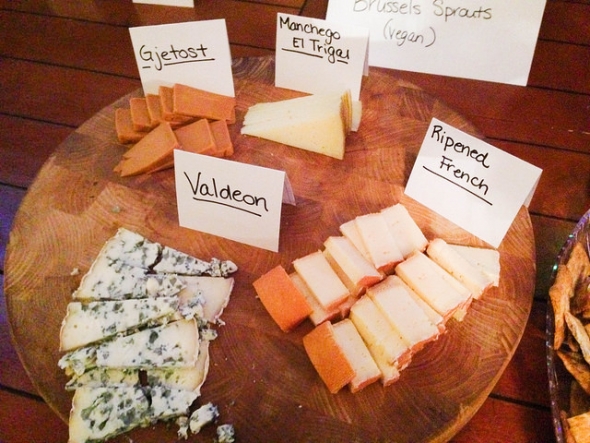 I’ve mentioned my love for this odd brown cheese a couple of times before. It has a creamy feel in my mouth, but the flavor is sour. There are also some hints of caramel. Frankly, Gjetost cheese confuses my childlike palate. I really, really love it, though. 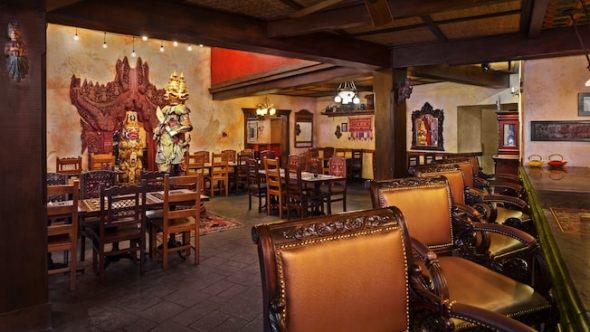 Image: DisneyLet me be clear. EVERYTHING at Yak and Yeti Café is delicious. Several of their flavors were in the running for selection here. I ultimately chose the dragon roll because no matter how many appetizers my family orders, the dragon roll vanishes first. On two different occasions, a server looked at us in awe as they realized just how quickly our table had wrecked the Dragon Roll.

From the Larder – Le Cellier Steakhouse 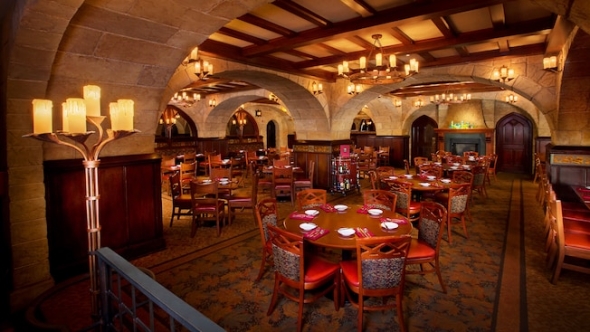 Image: DisneyI ardently support the catchphrase, “Bring me your finest meats and cheeses.” The starter version, From the Larder, is a sampler of Canada’s most delicious meats and cheeses. The last time we ordered this, my wife and I fought over the final few bites. That’s happened maybe three times in the 16 years we’ve been together. 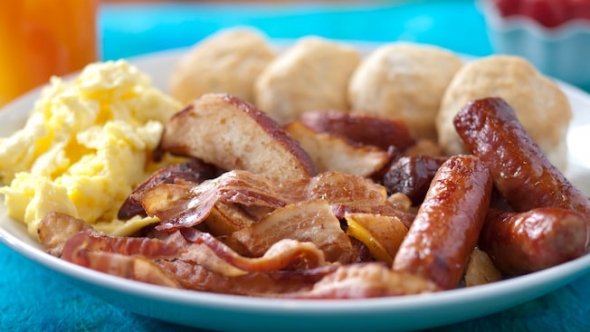 Image: DisneyPicking a favorite breakfast at Walt Disney World seems pointless to some. Many folks believe that all the food is the same. I vehemently disagree with this notion. ‘Ohana serves the perfect breakfast for me, a diehard meat eater. A person brings out a skillet containing waffles, sausage, and bacon. Roughly 15 minutes later, this person gets a bit annoyed when I ask for seconds…or thirds. If ‘Ohana were local to my area, I would eat breakfast there every day of my life.