5 Magical Ways Your Disney Experience Will Change with Kids 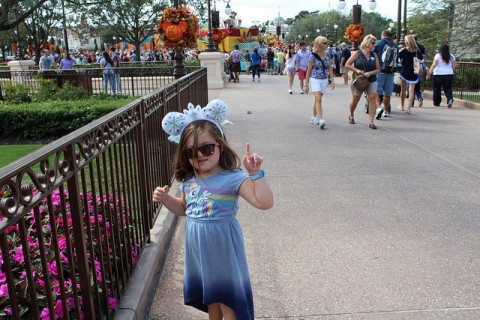 If you’re a long-time Walt Disney World guest who’s visited the parks many times without children, you may think you’re wonderfully equipped to take your own kids on the journey you’ve experienced as an adult. What may surprise you is how vastly different your vacation will be with younger ones in tow. We’re not talking about diapers and naps and kid-friendly meals, but rather about the magical little ways the parks will look different when you can see it all through the eyes of a child.

1. You’ll see Disney details all the way to the pavement 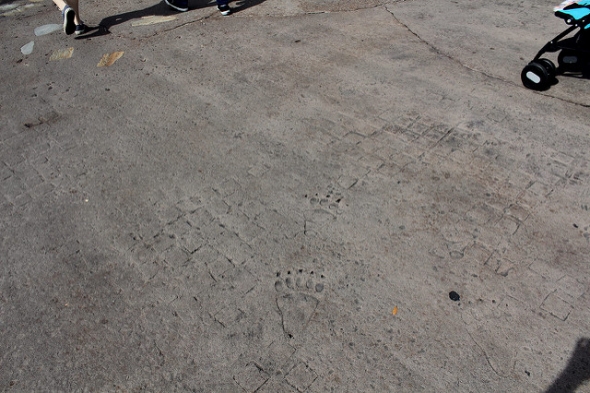 Disney’s rich Imagineering details cover every surface in the park, but many elements are easily overlooked by those whose eyesight is well above ground level. Disney never forgets about its smallest guests. Many of the most interesting and enchanting details in the parks are around the eye level of a toddler or small child, while others are directly beneath your feet, where children are more likely to spot them on the ground.

If you notice your children lingering with their eyes glued to the ground, don’t rush them along. Instead, get down at their level to see what they’re looking at. The streets around The Flying Carpets of Aladdin in Magic Kingdom have gems, coins, and broken mosaic tiles embedded in them. Planets and moons are featured in the pavement around Mission Space in Epcot. Head to Dinosaur Gertie’s Ice Cream of Extinction in Disney’s Hollywood Studios and you’ll spot Gertie’s massive footprint stamped on the ground.

Disney offers something to look at no matter where your eye level falls. With children in tow, you may notice engaging elements that you’ve never knelt down to look at before. 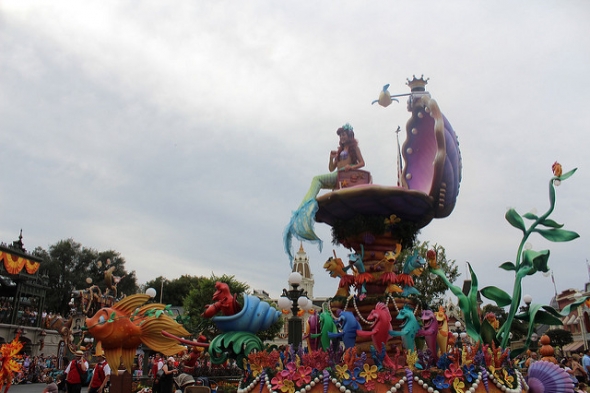 Disney’s famous characters take on a whole new life when you have children with you. While it’s fun to attend meet and greets as an adult, everyone is aware of the slight deception. You can have fun talking to Ariel in character, but it’s unlikely that you really believe the aquatic animation has come to life to sit on a rock and greet Orlando’s vacationers.

Your children, however, will absolutely believe that the flesh and blood Ariel is sitting before them waiting to say hello. Disney’s characters are trained in the finer points of speaking with children. Even the largest and most cumbersome characters will do all they can to get down to the child’s eye level and offer a gentle high-five or warm hug.

One of the most magical experiences you can have is watching a child rush to greet their favorite princess, fully believing that they’re in the presence of real royalty. You simply can’t replicate that wonder and belief as an adult.

This is so true. As a long time local Disney fan that has been going to the parks for longer than I can remember it is amazing to me how much WDW has evolved for me since going there with my daughter. It has totally renewed my sense of wonder for the place. I used to be focused on ride after ride after ride. And now, even though I enjoy the rides (especially when having a giggling 4 year old next to me), I appreciate it on a whole different level. Having her hunt for Pascal in the Magic Kingdom is something I never would have stopped to do before. You also really hit it on the head with character meet and greets. It is just a whole new level when you see a child get so excited meeting her/his favorite character. You also find that cast members go that extra mile with children.

Great article – I can confirm that all of the above information is indeed very true! After visiting WDW 5 times an adult only group we have now gone on in recent years to take our daughter with us who has now been 3 times herself. The first time she was only 1 years old and again at 2 & 3 years old with a soon to go again trip when she’ll be 4. She gets so much out of every vacation and likewise we as parents also gain so much reward and happiness. There’s no bigger smile! (OK, maybe there’s just as bigger smile on the Tower of Terror – child free of course!)