After 40 Years, Universal is Shutting Down the World's First Modern Water Park. Here's Why. 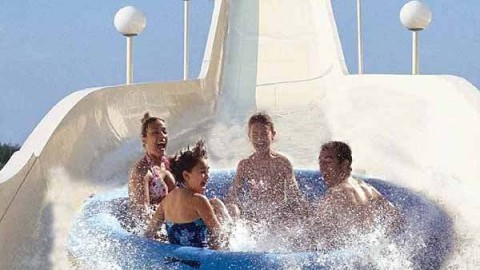 In late 2015, Universal Orlando Resort shocked central Florida theme park fans when it announced that Wet 'N Wild, which it had acquired nearly two decades prior, would be closing its gates forever in December 2016. Though Wet 'n Wild was still quite popular, attracting over 1.2 million guests in 2014, recent developments at Universal Orlando Resort had put the park's future in doubt. Fans were given just one year to get their final visits to this park in for what was being called its "last splash".

On the surface, the closure of a water park might not seem all that remarkable (especially in a market like central Florida, which has half a dozen other water parks guests can visit). However, Wet ‘n Wild Orlando has a storied history not only in central Florida, but in the theme park world at large, because it holds the distinction of being the world’s first modern water park. The story of Wet 'n Wild is also the story of an extraordinary man, George Millay, who thought of himself as an innovator and a man in the mold of Walt Disney with extraordinary vision when it comes to what theme parks and attractions can be.

Though George Millay's legacy is forever tied to Wet 'n Wild, it was the success of another theme park you've probably heard of that set Millay on the path towards inventing the world's first modern water park only a few years later.

It all started with... a whale? 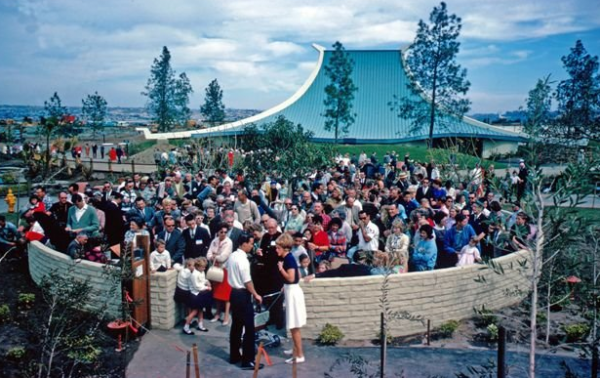 You might not think it at first, but in order to look at the history of Wet n’ Wild, we have to go all the way back to the early 1960s in San Diego, California, where four graduates of the University of San Diego drew up plans to create an underwater-themed restaurant and bar. However, when the initial plans for this uniquely-themed eatery fell through, the four partners decided instead to open an a marine zoological park that combined the animal attractions of Marineland with the business model of the then-nascent Disneyland Park, which was located just a few hours away in Anaheim.

After a modest investment of about $1.5 million (around $12 million today), the very first SeaWorld park opened on March 21, 1964. When it debuted, the San Diego park was pretty simple, even by 1960s standards, with only 45 employees, a dolphin exhibit, a sea lion enclosure, and two saltwater fish aquariums. Despite its meager beginnings, the park was a modest success in its first year, attracting 400,000 guests.  However, one of SeaWorld San Diego’s four founders, George Millay, thought the park could be much bigger, and he had just the hook to get those extra guests: an orca named Shamu. 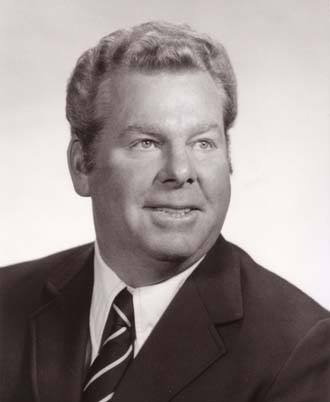 The young Millay was a huge fan of Walt Disney, and saw how the Mickey Mouse icon was bringing guests in droves to Disneyland in Anaheim. Millay created the character of Shamu, and was convinced that this friendly whale would help bring guests to SeaWorld. And of course, he was absolutely right. Guests fell in love with the Shamu character, and the park became so profitable that Millay was able to subsequently open SeaWorld Ohio in 1970 and SeaWorld Orlando in 1973, less than a decade after the first SeaWorld park opened its gates. And that’s where the story of Wet 'N Wild really picks up steam. 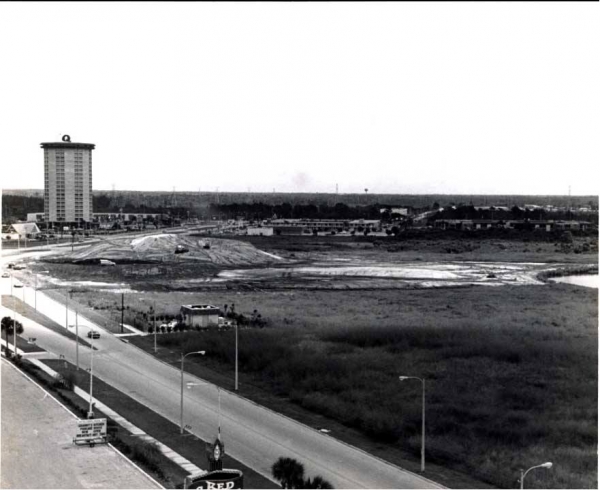 In the early 1970s George Millay flew down to central Florida to help build SeaWorld's third location in Orlando, with SeaWorld Orlando officially opening in 1973. However, shortly after the park welcomed its first guests, Millay parted ways with the company he helped found, reportedly after a business disagreement with some of his partners. Rather than retire early, Millay decided to throw himself directly into another project.

While Millay was working on developing SeaWorld Orlando, he took note of the oppressive heat in the region. Though Florida is littered with plenty of places to cool off, including natural springs, lakes, and of course beaches, Millay hypothesized that a park in the middle of the state that combined the convenience of a public pool with kid friendly features like splash pads could be a big success in the region. While this notion sounds like common sense today, such a thing did not exist forty years ago, and Millay was determined to bring his vision of the world's first modern water park to central Florida.

Plans come together and public excitement hits a fever pitch 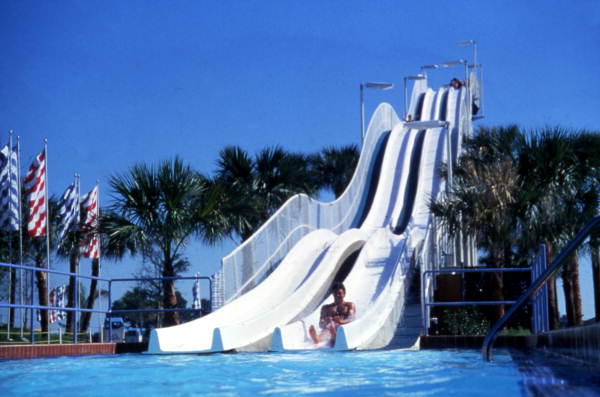 Because of Millay’s excellent reputation after developing three successful SeaWorld parks around the US, he was able to raise $1.5 million for his new theme park project fairly easy, though the plans for what would eventually become Wet 'n Wild were still coming together.

By early 1976, Millay had a concept and proposals drafted for what was then being called a "water playground" (the term "water park" hadn't quite been invented yet). Though Walt Disney World’s River Country had just opened that same year, Millay didn't want to simply copy what Disney had done, and instead wanted to bring a whole new experience to central Florida. While Disney’s park contained several water attractions, it didn’t have a wave pool and had only a single slide, which Millay thought wasn't enough for a full water-themed park. In addition, River Country used fresh water in an effort to mimic Florida's natural springs, which wasn't an experience Millay thought a water park should duplicate. Millay wanted to create an all-new experience, and was adamant that "clean" chlorinated water should be used at his new park, similar to what was used in pools.

Once Millay finalized the plans for this new park, construction time was quick, with Wet ‘n Wild officially opening to the public on March 13th, 1977. Excitement was high among the public, and the local media was on hand to document this the opening days. You can check out some archive footage of local news coverage of the brand new park below: 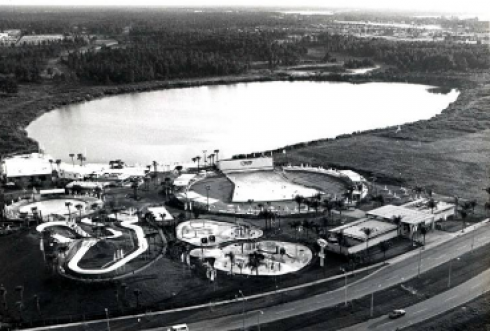 Even though opening day excitement for this park was high, the first year of operation for Wet ‘n Wild wasn't exactly a smashing success. With only half a dozen slides open, a single kids' play area for young guests, and a wave pool with limited capacity, Wet 'n Wild wasn't really a full day destination quite yet. Making matters worse was the fact that when it was time to market the new park, Millay decided to air commercials on TV that used footage of water slides and play areas that were actually in other parts of North America. When guests found out that the rides they saw on TV weren't really in the park, they were understandably upset and reactions ranged from simple disappointment to full-blown outrage.

Because of these early issues, Wet 'n Wild suffered a $600,000 loss during its inaugural year. However, Millay was convinced that his idea for a water park was a good one, it just needed time to develop. Investors hung in there despite this park’s sputtering start, which proved to be a good decision as 1978 officially brought profitability to the park. From there, Wet 'n Wild began a meteoric ascent that continued for nearly four decades.

This park could easily survive. Universal is being lazy in this respect, they are afraid that this old park will hurt the new one because they don't believe in the design of the new one. This is a case of one person with all the power forcing others in the Universal group to follow along.

I'm from Central Florida and went to Wet N Wild many times growing up. Enjoyed the lean times as well as the crazy times of the MTV Summer Nights while in High School. Going to be sad seeing it closed up.

Hum do we need 2 Water parks on top of 2 theme parks? Disney has 2 Water parks and 4 theme parks so blah excuse Universal. Hopefully you can atlest recycle some of the slide somehow rather then leave them to rot.

I am sure three waterparks in the Universal Area could work. They could make WetnWild the budget option of three. While Aquatica and Volcano bay are heavily themed WetnWild is the one with great rides teens will love more. So two parks catering families and one catering teens and young adults would certainly work.

So many memories here. Having patroned every water park in central Florida and the Tampa area, I found Wet n' Wilds lineup of attractions the most impressive. The addition of the attractions in the lake also helped make this park stand out in the crowd. The slides were intense and very fun. Disco H2O was especially a special mix of entertainment and thrills. I understand the decision to close this park. I hope Universal does indeed reincarnate or relocate the major slides and attractions at Wet n' Wild to Volcano Bay. Maybe a final trip is in order. Great article! Never knew the significance of the man behind the World's first water park!