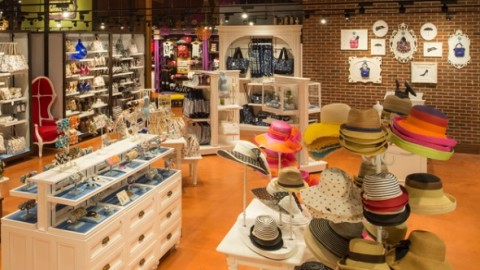 If you've been avoiding Disney Springs lately, you're not alone. The area formerly known as Downtown Disney is in the midst of doubling its number of shops, restaurants and entertainment venues, and that has naturally caused a lot of construction and a lot of traffic headaches. But even though the space is being transformed, it's still worth spending some time there! Here's a list of Disney Springs places that are open right now that you shouldn't miss:

1. Have a drink at Jock Lindsey's Hangar Bar 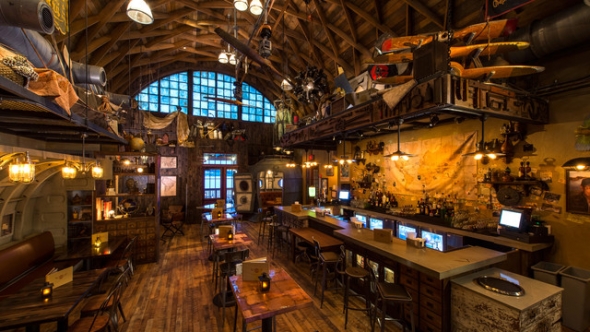 This airplane hangar-turned-dive bar is one of the newest offerings at Disney Springs, and it's already gotten rave reviews. The space is themed after Indiana Jones' pilot and features tons of little touches from the movies (you can find the Chachapoyan Fertility Idol from "Raiders of the Lost Ark," among other artifacts), and the appetizers menu includes Rolling Boulders Sliders (made with meatballs, of course), Dr. Elsa's Shrimp BLT Flatbread (courtesy of the archaeologist from "Indiana Jones and the Last Crusade") and "Squid! Why'd it have to be Squid?" (fried calimari). The bar is family-friendly, with a few nonalcoholic drinks available, and a long list of alcoholic beverages. Jock Lindsey's is located in The Landing, which is the area that used to be known as Pleasure Island.

2. Go shopping at the Marketplace Co-Op 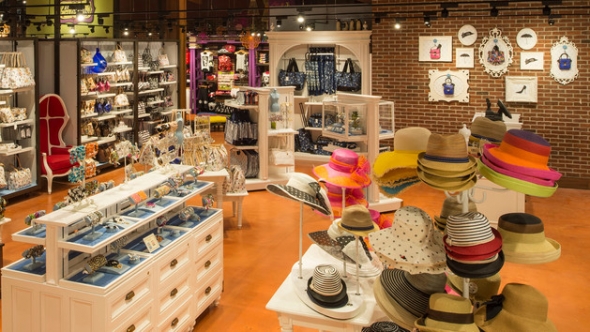 This store-within-a-store-within-a-store is a little reminiscent of the World of Disney, but it's not nearly as overwhelming as Disney's largest shop. The Marketplace Co-Op has distinctive areas with their own brands, and many of the items are new and can't be found at every other Disney store. The Disney Centerpiece room features home goods like dishes and throw pillows, the Disney TAG (Travel-Accessories-Gear) area has luggage and wallets, Cherry Tree Lane features designer jewelry and shoes, Twenty Eight & Main has men's clothing and vintage-themed accessories, D-Tech on Demand has iPhone and Android cases and chargers, and the WonderGround Gallery offers limited-edition artwork that features a fresh take on Disney's classic characters. And the store offers a little upscale touch for its shoppers: Instead of the usual flimsy plastic Disney shopping bags, purchases here are wrapped in orange tissue paper and placed in a chic brown paper shopping bag with handles. The Marketplace Co-Op is located in Disney Springs' Marketplace area.