8 Similarities and Differences Between Kongfrontation and Skull Island: Reign of Kong 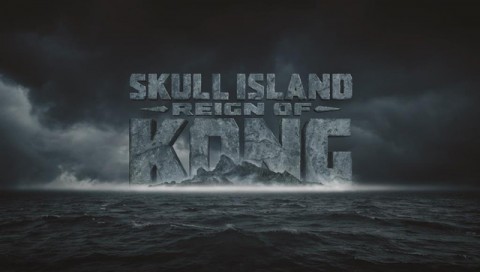 Skull Island: Reign of Kong was arguably one of Universal’s worst-kept secrets in history, but its official announcement last week opened the floodgates for speculation and rumors about the upcoming attraction, scheduled to open at Islands of Adventure in Summer 2016. This marks the big ape’s first appearance at the Florida parks since Kongfrontation closed for good in 2002. As a former Kongfrontation team member, I am ecstatic about the new ride, and the more I hear, the more it seems like an epic follow-up to one of Universal’s classics.

The company is keeping a tight lid on the specifics, so it’s possible for things to change. Sorting through the rumors and facts, however, here is my best guess on the similarities and differences between Kongfrontation and Reign of Kong. 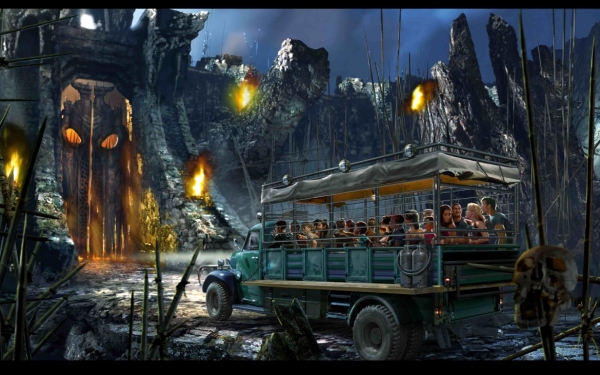 Although nothing has been confirmed, the concept art for the new ride seems to show safari-style trucks manned by a human driver. Rumors state that Reign of Kong will, indeed, become the first spieling attraction at Universal Orlando since Jaws closed in 2012. Of course, the original Kongfrontation was a spieling attraction, and in my mind, you really can’t have Kong without a spieler. The two just work together. 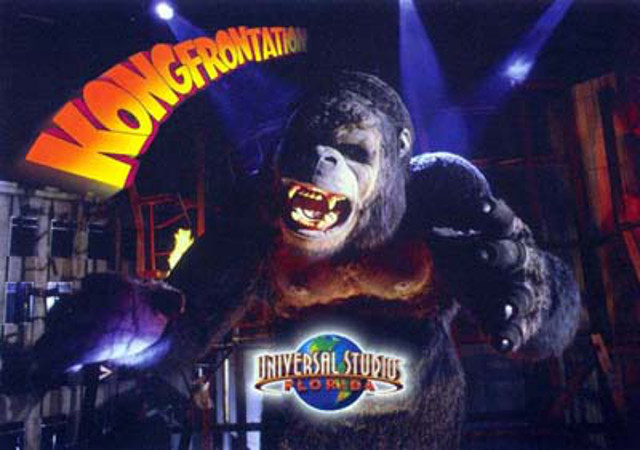 The latest incarnation of King Kong at Universal Hollywood is basically a 3D film with some tram movement and special effects, and many have worried that Kong’s return to Orlando would also be screen-based. If the rumors are true, however, screens will play only a small role in a dynamic, multi-sensory attraction. The most persistent rumor states that King Kong will make an appearance in the form of a next-generation audio-animatronic that moves in ways that were simply impossible when Kongfrontation was built. That ride’s 30 foot tall animatronics were truly groundbreaking for their time, but I’m hoping this incarnation will be even more realistic. I wonder if he’ll still have banana breath? 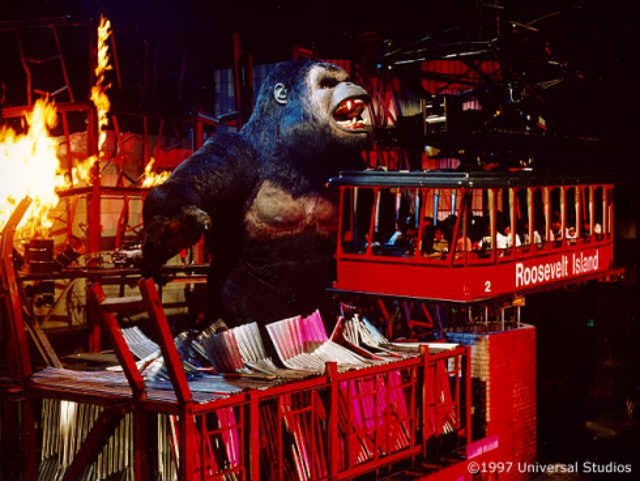 Kongfrontation used no screens at all, except for the overhead drop down monitors that showed footage of the guests’ experience at the end of the ride. Instead, guests were placed in the center of the action via real physical sets that represented their harrowing journey from Manhattan to the relative safety of Roosevelt Island. The setting is entirely different than that of the original ride, but the importance of the physical sets remains the same. Screens may play a role, but it is the physical elements that will ground guests in Kong’s world. 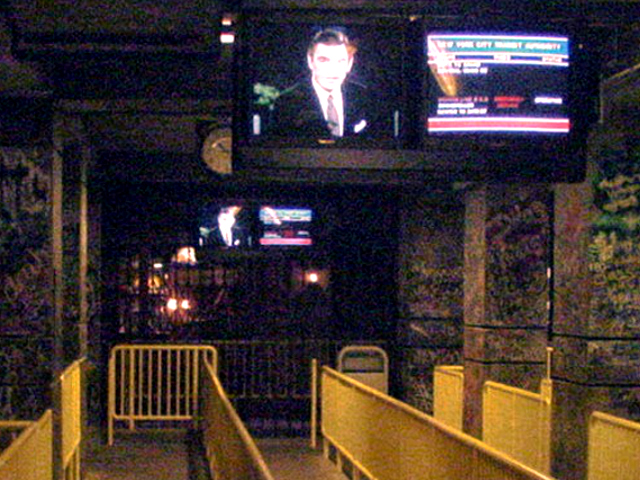 Universal Orlando arguably has the best queues anywhere, from the pine-scented forests of E.T. Adventure to the faithful recreation of Hogwarts Castle at Harry Potter and the Forbidden Journey. Reign of Kong’s queue looks to be a worthy successor in this department, serving as a dynamic first act in the overall experience.

Kongfrontation also utilized its queue to set the stage. That queue recreated a New York City subway station, complete with graffiti done by legitimate New York graffiti artists who were flown in for the job. Strategically placed television monitors throughout the queue played clips from real newscasters, all commenting on Kong’s ongoing attacks on New York. By the time you boarded, you knew clearly what was going on. Reign of Kong’s story will be wildly different, but its queue will perform the same function.