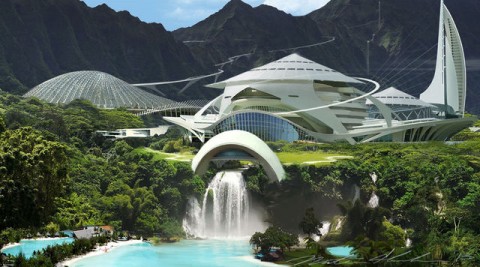 Jurassic World, based on its trailer and other information out there, looks like it is going to be an awesome movie. It should be particularly appealing to theme park fans, as the film is clearly “borrowing” a lot of elements that we’re already familiar with from Disney World, Universal Studios, Sea World, etc. Considering how many theme park concepts we caught in the trailer alone, the producers of Jurassic World clearly owe a lot of credit to theme parks, maybe more than they’ll ever repay. Nevertheless, it’s fun to see a movie paying so much homage to theme parks. Here are six concepts Jurassic World probably came up with from from taking a critical look at preexisting theme parks.

Jurassic World almost completely mimics the innovative way you can get around at many Disney theme parks. They even also call it a monorail. The Jurassic World monorail brings guests from the Ferry Landing to Main Street. From there the monorail reaches almost any attraction within the park. There are twelve monorail stations in total in this fictional park, and they each have a unique name that describes what the attractions nearby are. The names are:

Yes, Jurassic World even does a homage to (or rip off of, depending on your viewpoint and attitude) the Main Street, U.S.A. that you can find at the Disney resorts. Notice how similar the picture of a crowd in Main Street in the film is to a real photo of a bustling Main Street above. It makes sense why Jurassic World would want to borrow this concept. Main Street is a great way to get a sense of where you are in the role you play as a guest of a park, demonstrated well in the Jurassic World trailer. 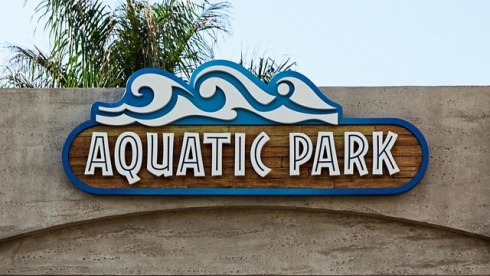 Like Walt Disney World, the theme park in Jurassic World contains a water park to go along with the land-based attractions. This isn’t really a steal, but it’s worth noting.