The 3 Reasons Why the Marvel Experience Has Failed So Far 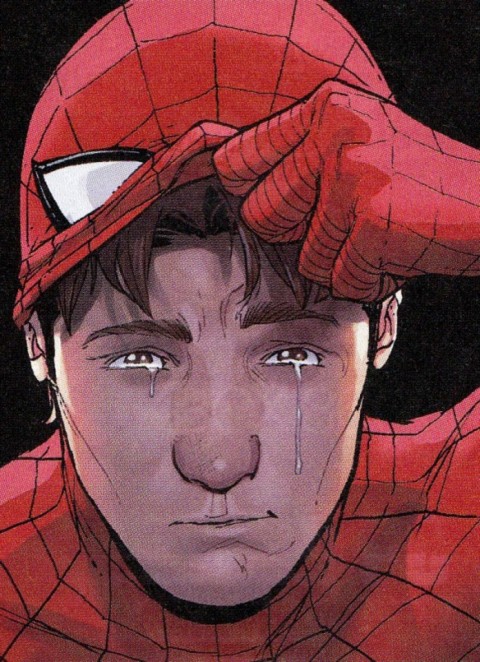 Ever since the Marvel Experience was first announced with much marvelous fanfare back in October 2013, it instantly captured the interest of comic book fans and the entire theme park industry alike; billed as a “hyper-reality” attraction that would cast guests in a living role-playing game as SHIELD recruits, the tour promised to offer a new wrinkle in themed entertainment that Disney, the parent company of Marvel Entertainment, could conceivably set out to conquer next.

(Indeed, Hero Ventures, the brand-new company behind the enterprise, was already proudly proclaiming that it had several other IP partners lined up once the Marvel Experience had triumphantly finished its inaugural run – and one can confidently expect that Disney was one of those waiting in line with one of its many other brands.) 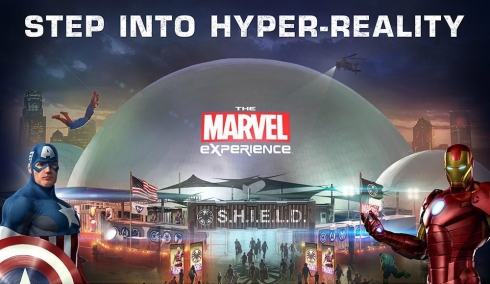 Then, however, the Experience actually opened – and the love affair came to a sudden, crashing halt.

After more than a full month of operation (first at Scottsdale, Arizona, and then at Dallas, Texas), reviews have flooded sites such as Yelp and, even, Ticketmaster – where the tickets are exclusively on sale – and been published across several personal blogs and professional outlets, and they haven’t been pretty (although, to be fair, the more recent Yelp reviews from the Dallas location have been significantly better, though it has been questioned how many of these stem from comp tickets [and Marvel Experience employees being directed to pay special attention to “the Yelpers”]).  As Bleeding Cool notes from one of the very first attendees at Scottsdale:

There was an independent agency conducting exit interviews, and after we told them how we felt, they responded [with] “Yeah, pretty much everyone hates it.”

How could something so promising turn out, at least in its debut, so disastrously wrong?  There’s three reasons, actually, and they all align to create a perfect constellation of frustration and disappointment. 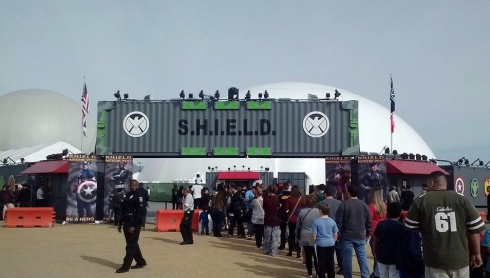 By the time the Marvel Experience’s grand debut in Arizona had kicked off last December, it was already some six months late – but it was still clearly some several weeks before Hero Ventures was ready.

Throughout all of December and most of January, reports constantly trickled in that a number of the individual attractions, ranging from the Spider-Man Rock Climbing Wall to Iron Man’s Mark 47 Flight Training, were either incomplete or outright inoperable.  At certain stretches, the short 3D films were being projected in 2D only, and the RFID-equipped “power bands,” which were designed to track guests’ stats from activity to activity, largely didn’t work and were, thus, dumped – a significant problem when the concluding movie’s 4D experience is solely dependent upon their presence.

And, finally, to rub salt in the nerdy wound, those elements that worked unfailingly were simple “drag and drop” touch-screen games that have been largely described as the most ubiquitous of mobile or tablet software. 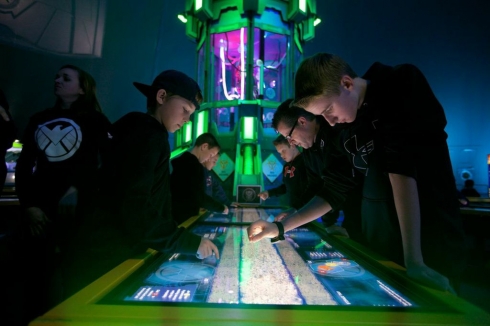 Needless to say, such rampant technical difficulties caused extraordinarily long lines, which routinely dragged what was supposed to have been a two-hour experience into a three- or four-hour one.  Indeed, one family estimates that, out of their three-and-a-half-hour visit, only one hour was actually spent engaging with the attractions – and this was at the very end of December, when a lot of the kinks were supposed to have been ironed out.

(It’s easy to see how this is actually an accurate accounting and not sheer hyperbole, as each individual activity – most of which are Xbox Kinect derivatives – has an average length of only two or three minutes.)

The good news on this front is that, for the Marvel Experience’s current Dallas stint – and, presumably, for its two Californian appearances that are scheduled for February and March – all of the technological glitches have been solved, which seems to be the single biggest reason for its markedly improved reviews over the past few weeks.