It’s the “Happiest Place on Earth”, but believe it or not, it is possible to have a bad experience within the bubble of the Walt Disney World Resort. It’s not quite as simplistic as commercials depict - your happy family will not have Cinderella Castle unobstructed for your roaming while Mickey Mouse anxiously awaits your arrival on the other side for a group ride on Dumbo. The entire resort is magical indeed, but realistic expectations are still wise to hold onto. Your princess may drop a freshly-purchased ice cream cone at her feet, you will probably stand in longer lines than you anticipated, and at the end of a Disney day, your feet will hurt. These are all par for the course at the parks, but when taken in stride, they don’t have to ruin your vacation.

A great deal of the daily annoyances encountered at Walt Disney World are avoidable. I’ve been guilty of an offense or two myself - let’s blame it on the awe of Disney surroundings casting a temporary spell over the area of the brain that controls common sense. How many of these bad behaviors have you witnessed or been guilty of?

1. Leaving your manners in the parking lot 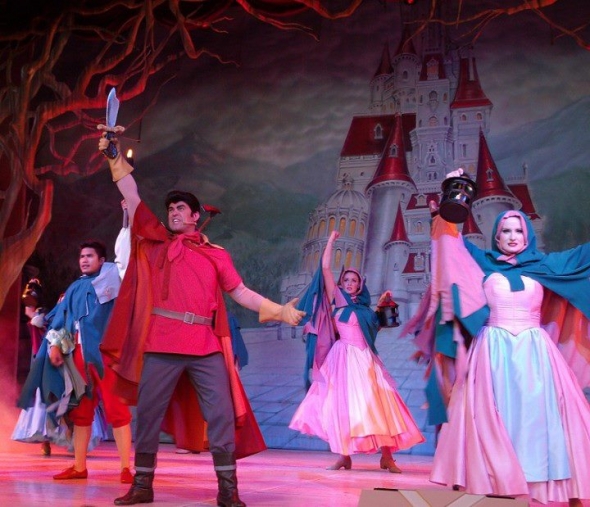 Most of us have a basic set of manners and etiquette instilled from birth, and reiterated throughout childhood. Somehow, it seems that a startling number of guests leave these ideals behind once they pass the entry gates of the theme parks. The primary offense boils down to a simple lack of consideration. 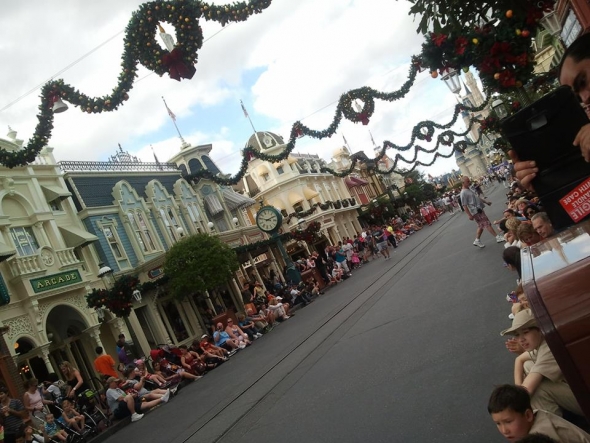 Parades and shows are among the highlights of a Disney visit. While show venues tend to promote good views from all angles, it’s inevitable that guests will trample each other for a center seat in the front row. Every show gives instruction to move to the last available seat in a row, with a large number of guests completely disregarding the direction. The push to attain what is believed to be prime seating often only results in chaos that makes cattle herding look much more civilized. Parade viewing poses a greater challenge, and many guests anticipate this - staking out and “claiming” viewing spots well in advance of the scheduled start time.

For guests who choose to select and remain in a spot for a length of time, it’s safe to assume that the parade is a priority to them, and they often have small children in tow. It’s also safe to assume that just as the parade music begins, an entire team of basketball stars will somehow materialize directly in front of them - and they’ll probably all be wearing colossal hats that increase their obstructive powers ten-fold. If you’re fortunate enough to avoid this pitfall, plan on the person in front of you producing an iPad at start time, to record the entire parade directly in your line of sight.

Everyone in the parks paid to be there, and everyone deserves to make their experience their own. Believe it or not, whether you’re first into an attraction, or the last to arrive - everyone has the same opportunity to enjoy the experience with a little consideration and cooperation. 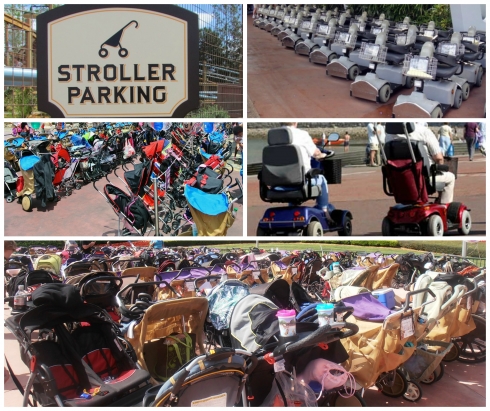 While Walt Disney World is not limited in its appeal to only children, they do make up a large percentage of the park guests. Even with all of that youthful energy, walking the parks can be exhausting. Some tiny guests don’t even have the option, of course. For those visiting with youngsters, strollers are often an absolute necessity. Single and double strollers are available to rent at the parks. They are functional and sufficient, but as a mother, I understand the comfort of using your own.

Whichever option you choose, view it as a helpful mode of transportation, not a weapon. Far too often, large children are strolled through the parks in strollers the size of small tanks, with navigators proudly viewing them as steamrollers. It isn’t uncommon to hear parents announcing that this is their means to plow through crowds, and this often results in injuries to fellow guests in their path.

The same can be said about mobility scooters. While these are wonderful options that have made the parks more welcoming and accessible to many, there are a cluster of guests who view them as a means to aggressive behaviors. On the flip side of the coin, it’s worth noting the number of guests choosing to race through the strollers and scooters in an abrupt, Frogger-style fashion. This end of the traffic-flow spectrum results in its fair share of bumps, bruises, and frustrations as well.

While we’re on the topic of traffic-flow, pedestrians have their own shameful habits to cop to. Let’s face it - Walt Disney World can be an overwhelming place, on many levels. Just deciphering the map takes navigational skills that Columbus would envy! But, why is it that so many of us stop absent-mindedly, in the middle of a narrow pathway, to consult the map, with our entire family, for ten minutes? From the other end, we have the family of eight, spanning across an entire walkway on a marching mission to take over the castle Red Rover-style, so to speak. 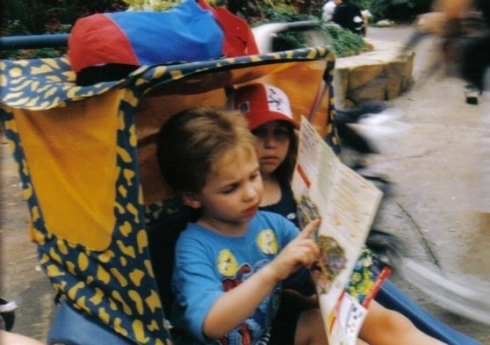 Think of the park pathways as a pedestrian highway where you are the vehicle. The rules of the road should essentially be the same - two-way traffic, and veer off to the side if you have an issue preventing forward movement. While driving in the Orlando area may not be a stellar example to pattern after, hopefully we can all walk better than we can drive. The only real difference here, is trying to remain observant of the photographers in the “roadway”. 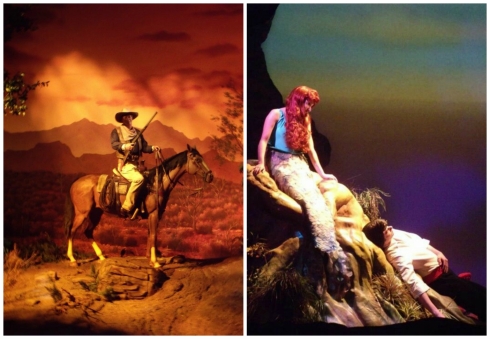 This offense isn’t quite as scandalous as it sounds, but it may be one of the most frequently occuring bad behaviors by park guests. Everyone seems to adhere to the no eating, drinking, and smoking rules of all park attractions, but somehow many seem to completely forget that pesky little “no flash photography” line thrown into most welcome spiels. As if seeing a parade through someone else’s screen wasn’t bad enough - now, you’re seeing spots to infinity and beyond!

What makes this practice so illogical is that digital camera screens instantly show that the usage of flash on dark rides only results in washed out photos anyway. Instead of seeing this as a reason to try non-flash photos (which actually works wonderfully, by the way), the frustrated photographer takes photos in triplicate, hoping for a different result with each flash. Even we adults can be guilty of selective listening, but following all of the rules really does work out in everyone’s benefit.