6 Major Innovations That Sprung from the Heads of Disney Imagineers

Walt Disney Imagineering has accomplished a lot of things over the years. Their innovations made the Disney parks the real life fantasies they are today. Over the years Imagineers have been granted over 150 patents. Here are some of the most significant ones from over the years. 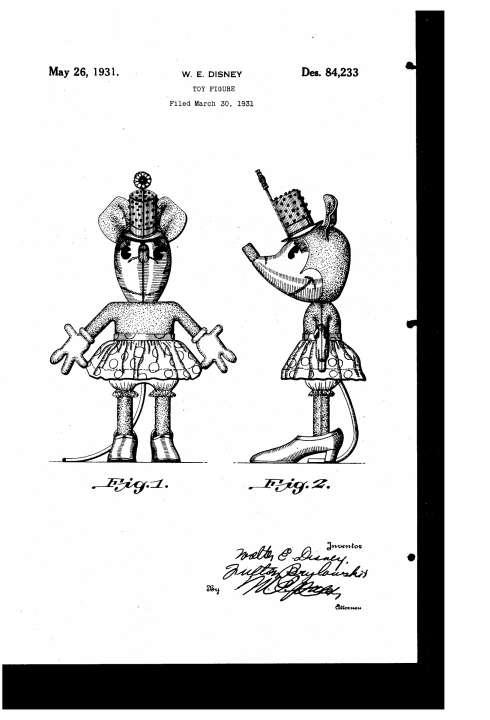 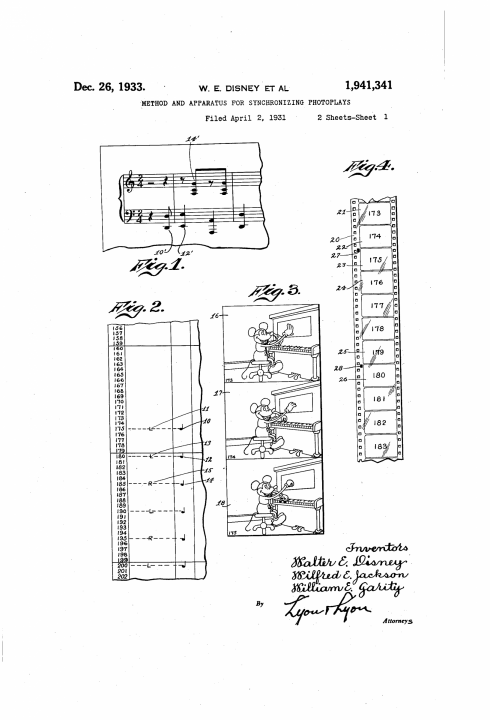 I don’t know if Walt Disney is officially considered an Imagineer but, as the man behind the Mouse and an inventor himself, he certainly deserves status as an honorary member. The first patents Walt filed haven’t had the wide-reaching ramifications of some of the others on this list, but they’re significant just for being the first. Walt Disney’s first design patent and first utility patent were filed within days of each other in 1931. The design patent was for the design of a toy figure, and the utility patent was a method and apparatus for synchronizing photoplays, utilizing stop motion for animated films. You can look at pages from the patents above, each of which has an appearance of a familiar-looking rodent...

Probably the biggest innovation that came from Imagineers was Audio-Animatronics, the form of robotics used in shows and attractions at the Disney parks to animate things three-dimensionally. The original concept came from Walt Disney himself, after he bought a mechanical bird in New Orleans and started thinking about the possibilities of robotics in his theme parks. The first attraction to spring from it was The Enchanted Tiki Room, which included Audio Animatronic birds singing. That was only the start, though. At the 1964 World’s Fair an Audio Animatronic version of Abraham Lincoln gave part of the historical figure’s famous Gettysburg Address. The robotic figure was featured in the “Great Moments With Mr. Lincoln” exhibit as the first human Audio Animatronic figure.

Since Abe, Audio-Animatronics have had a bigger and bigger presence in the Disney theme parks. Notable attractions that use it include Pirates of the Caribbean, The Haunted Mansion, The Hall of Presidents and Star Tours — The Adventures Continue. More recently Audio-Animatronics have even become interactive, with characters like Remy from Ratatouille, Wall-E and Lucky the Dinosaur now able to talk and play with attendees. 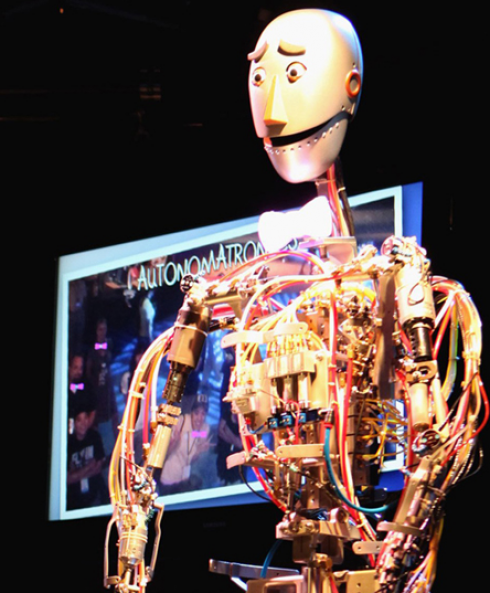 Not too long ago Autonomatronics was registered as a trademark by Walt Disney Imagineers for more sophisticated Audio-Animatronic technology. Whereas the original Audio-Animatrons just used hydraulics to operate robotic figures for a pre-programmed event, Autonomatronics can use cameras and other sensors. Those sensors feed signals to a high-speed computer, which makes choices about what the machines will say and do. Otto, who debuted in 2009, was the first figure to be able to hear, see and sense actions in its vicinity. Check out a video of Otto here. He was followed by characters like Remy, Wall-E and Lucky, mentioned above.