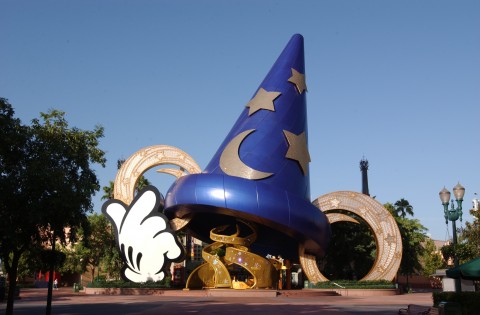 The Sorcerer's Hat has a negative connotation for a lot of theme park fans, but other than perhaps the Hollywood Studios structure it has a wonderful, fascinating history.

Here’s are 6 things you may not know about the Sorcerer's Hat, from its birth in Fantasia to its death at Disney’s Hollywood Studios.

1. The first appearance of the Sorcerer's Hat 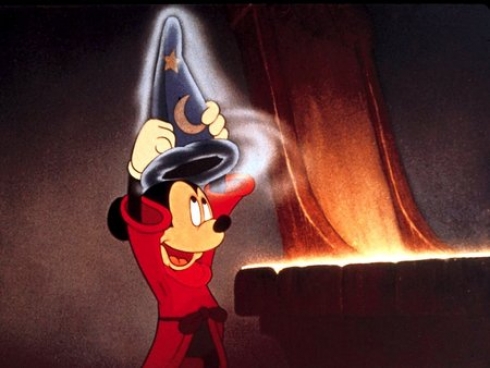 As most Disney fans know, the iconic Sorcerer Hat was first seen in the short film The Sorcerer’s Apprentice in the 1940 animated feature Fantasia. It’s the source of Mickey Mouse and his teacher Yen Sid’s magical powers. It’s a very powerful magical item, with the potential to cause great harm in the wrong hands.

Since Fantasia was released, the Sorcerer Hat has become a popular and frequently-seen Disney icon. If you haven’t seen Fantasia it’s well worth a watch, in this blogger’s opinion.

2. The original owner of the hat 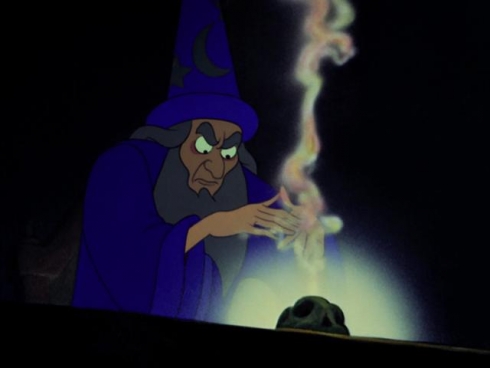 Before Mickey Mouse got his hands on it, the Sorcerer's Hat was the possession of his teacher, sorcerer Yen Sid. According to the filmmakers, he was modeled after Walt Disney himself. Yen Sid’s name was never spoken in the silent film Fantasia, but was given to him by the animators. Eagle-eyed readers might recognize that it is Disney spelled backwards. He’s a very mysterious character. All we really know is that he’s wise, practical and often very serious based on how he reprimands Mickey in the movie.

According to his Disney Wiki page, "Most who encounter Yen Sid often can be bound to be intimidated by his appearance but underneath his fierce look lies a heart of gold. Surprisingly, he is very forgiving and actually has a sense of humor. He is more than aware of Mickey's mischief and willing to deal with this; putting it aside to teach his apprentice. Underneath his harsh exterior is a man who strongly believes in his apprentices, no matter what mischief they may get into. His past is never looked upon with the exception of the Kingdom Hearts continuity. Years before Sora, the sorcerer was a keyblade wielder but eventually retired or as he puts it 'doffed that mantle.’"

For a long time Yen Sid was an obscure character, but in recent years he’s popped up in a number of places. You can find him in other movies, comics and especially video games. You can even find him (all of him, not just his hat) at the Disney parks. He’s a statue at the Fantasia Gardens Miniature Golf Course at Walt Disney World Resort, featured in hole 6 controlling water like he does in the film. Yen Sid has a spell card known as “Yen Sid’s Sorcerer Hat” in the attraction Sorcerers of the Magic Kingdom. He’s also mentioned during the Fantasia segment of The Great Movie Ride at Disney’s Hollywood Studios. He’s even the primary host of the live show Mickey and the Magical Map that premiered at Disneyland in summer 2013.

3. Appearances of the Sorcerer's Hat 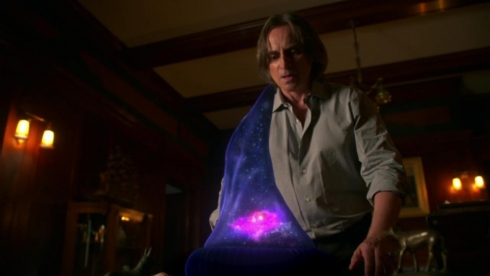 The Sorcerer's Hat has popped in a lot of places over the years. Here’s a pretty extensive list of them.