Let's face it: spending the night inside your favorite theme park is probably one of the coolest ideas on Earth. Problem is that there are precious few legal ways to do it. But all is not lost. Sensing guest's deep connection and love for their parks, some operators have gone out of their way to create premium, outstanding hotel and resort accomodations that are completely and totally immersed into the stories and settings of their parks.

Below, we've selected eight of the best examples of awesome hotels placed right inside your favorite adventures. All of the experiences below are pretty high-tier. Some are so exclusive, there's practically no amount of money or time on a wait list that can promise you a stay. As for the rest, they may take some saving up, but it's a lot more comfortable (and legal) than camping out in the bushes hoping to go undiscovered all night long. Have you had the chances to stay in any of these deluxe accomodations? Which would you most like to experience? 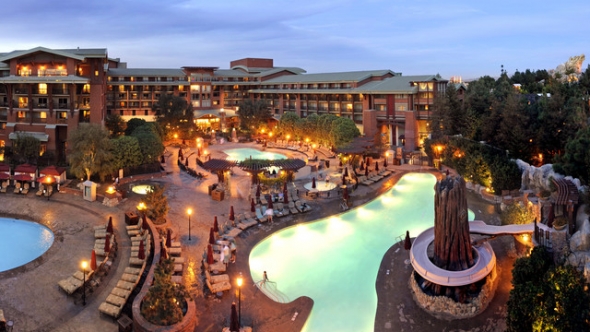 Filled with elegant dark wood and California Craftsman-style style décor, the Grand Californian Hotel is by far the most exquisite and expensive hotel of Disneyland’s three official resorts. From the soaring six-story stone and wood lobby to the resort’s best eateries, the hotel is simply stunning. Pools designed to resemble natural springs, warm lighting, vines climbing trellaces. The Grand Californian has just about everything you need for an elegant vacation. And for $400 per night for a standard room, it ought to! 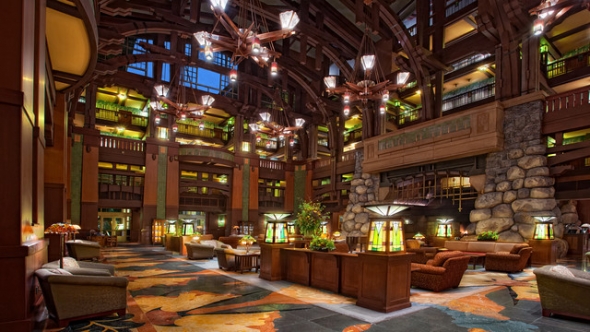 Even better, it’s technically located inside Disney California Adventure. One of the park’s eight themed lands is Grizzly Peak, themed to a 1950s redwood National Park. The Grand Californian plays the role of the park’s lodge, with its sleek wood and glass exterior ever-present, but always obstructed by towering pines. And wouldn’t you know it, the park’s Grizzly Peak icon just happened to form so that hotel guests catch it from the very best angle. Higher level rooms also afford outstanding views of the park’s World of Color show, and guests can enter into Grizzly Peak National Park through a guest-exclusive entryway. Ritzy! 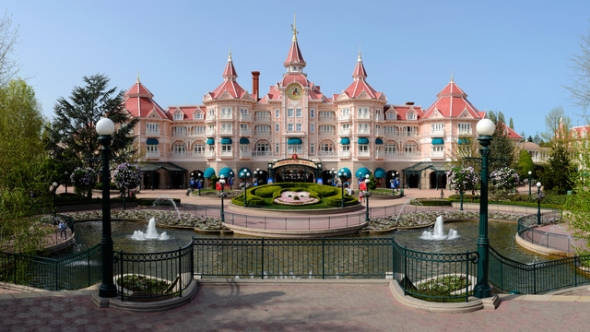 Step right into the elegant Victorian railroad era inside the Disneyland Hotel in France. The cream and pink hotel was designed primarily to create a grand and opulent entry for a highly romanticized European park. With towering octagonal turrets, Mansard roofs, wraparounds porches, and goldleaf finish, the hotel is reminiscent of the Grand Floridian at Walt Disney World in many ways, but this resort is even better: it’s the entryway to Disneyland Paris.

Guests must pass through a regal arch and into a covered plaza beneath the hotel where Disneyland’s turnstiles are located. Operationally, the hotel acts as a covered plaza for the notoriously blustery and waterlogged parked. From within, it acts as an appropriate Main-Street-style weenie to lead guests out of the park each evening. 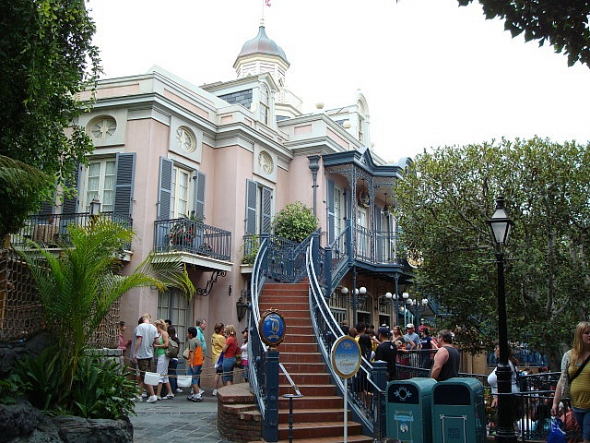 New Orleans Square at Disneyland Park is often cited by fans as the most beautiful land in any Disney Park. Glamorous and delightful on street level, its real treats reside overhead on the elusive second floor. Half of the land is taken up by Club 33, the ultra-exclusive membership-only club. But on the second floor off of Royal Street is the Disney Dream Suite, a rarely-used luxury hotel room.

The room was originally conceived as a hideaway for Walt or exclusive VIPs. Mr. Disney even enlisted the styling talents of Dorothea Redmond, who’d created the sets for Gone With The Wind. After Walt’s passing, his brother Roy decided that the family would find little pleasure in the suite without Walt, and the project was set aside. It eventually became The Disney Gallery showing and selling concept art before Ms. Redmond’s designs were rediscovered and the location became the royal Dream Suite for contest winners during the Year(s) of a Million Dreams from 2006 – 2008. 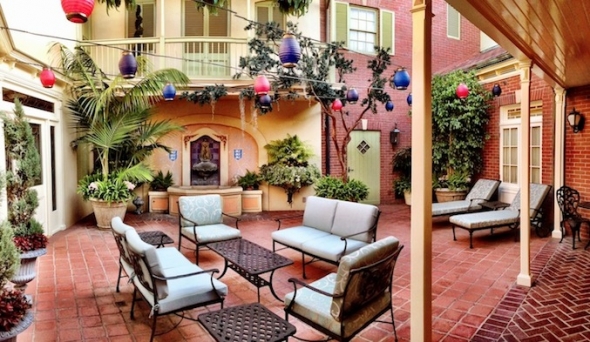 Today, the luxury suite is rarely used. The twin curved staircases of the Pirates of the Caribbean queue lead to the suite, but it’s no longer given out to one lucky family each day. Visitors who do get the chance to spend the night inside of Disneyland Park will find Chinese lanterns, lush décor, a full-sized carousel horse, and a mechanical songbird all within a Provincial French style. There's even a hidden private patio that's perhaps one of the most picturesque spots in the park (above). Most impressive, though, is a private patio overlooking the Rivers of America affording once-in-a-lifetime views of the river traffic by day and Fantasmic! by night.

A Mecca for theme park fans, Tokyo DisneySea is already one of the most sought-after park experiences on Earth. Imagine, then, the incredible Hotel MiraCosta that’s built into DisneySea. In fact, MiraCosta forms the park’s entry land, Mediterranean Harbor. The lobby is contained within a towering recreation of Florence’s Duomo (ever-visible in the distance from within the park) and is the centerpiece of the Tuscany wing that faces outward. 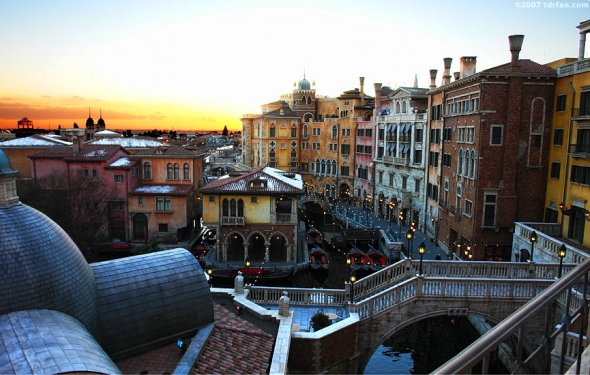 Inside the park is the Venice Wing, overlooking the park’s Palazzo Canals. (Yes, in the image above, you’re seeing a hotel in the foreground.) The bridges over the canals lead to the hotel's swimming pool, which is placed on the rooftops of the park's buildings. 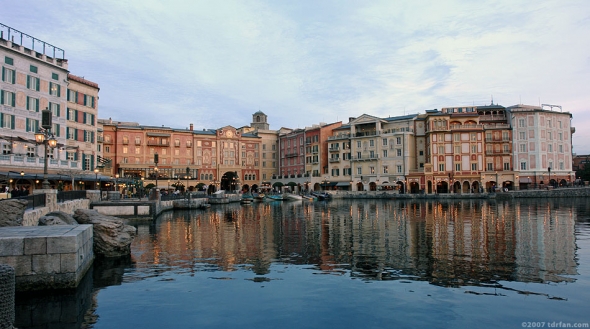 The third wing is the Porto Paradiso wing (above), which is perfectly disguised as a Mediterranean seaside village overlooking the park’s stunning lagoon entry. It’s the Paradiso Wing that affords the most outstanding views, of course, with fantastic views of the park’s water pageants (including Tokyo’s watery version of Fantasmic!) and the towering, rumbling, steaming, volcanic park icon, the 190 foot tall Mount Prometheus. For park visitors, the MiraCosta seriously sells the notion that you’re in a real Mediterranean port village. Real folks in the windows, real lights turning on and off, and real conversations from above… It’s too good to be true.