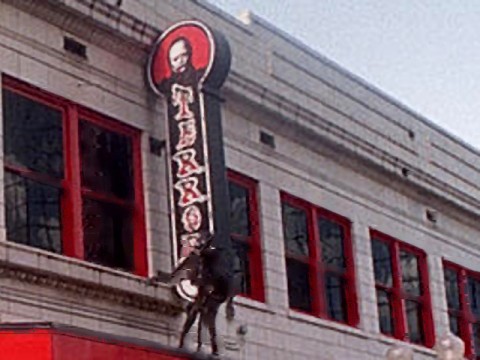 Spook houses have long been attached to dime museums and carnivals, with still-existing memorabilia dating to at least 1915. However, these attractions were typically short add-ons to larger main attractions. The modern stand-alone haunt industry began in the late 1960s and early 1970s, when the United States Junior Chamber began mounting their famous walk-through Jaycees haunted houses in parking lots across the country. Those haunts, and the imitators that followed, were open for a few nights over Halloween each year.

In 1984, a tragic fire at the Haunted Castle attraction inside New Jersey’s Six Flags Great Adventure park took the lives of 8 teenagers who were trapped inside. The aftermath shined a spotlight on safety practices, and haunts around the country quickly closed down to improve their emergency procedures. This was an important step in the evolution of the haunt industry, and paved the way for haunts to be taken seriously as legitimate entertainment options.

Based on a massively successful touring European show, Terror on Church Street opened a few nights later. As one of the first permanent haunted attractions and earliest theatrical haunts in the United States, Terror changed all the rules. Here are 6 ways that it completely reinvented the modern haunt industry.

Terror on Church Street’s tagline was elegant in its simplicity: “Beyond panic, beyond the limits of fear, there is Terror on Church Street.” A two-story haunt developed by entertainment industry moguls, Terror on Church Street spared no expense in creating an experience that had never before existed. It was among the first haunts to use lighting, fog, temperature, sound, and other sensory experiences to fully immerse visitors in their fears. The goal was to take audiences inside horror films, casting them as the victims in a highly theatrical experience. This model has since become the industry standard, as haunts search for new ways to ramp up the fear.

In addition, Terror was big by any standard, featuring 23 completely realized sets. The sheer size of the production and number of cast and crew were unlike anything visitors had ever seen. The full walk-through experience took around 20 minutes to complete, depending on the speed of the group. And speaking of groups, they were paced, with only a few people admitted at once. Although this affected the number of visitors per hour, and lengthened wait times to get in, it heightened anticipation and gave each guest a highly personalized show. 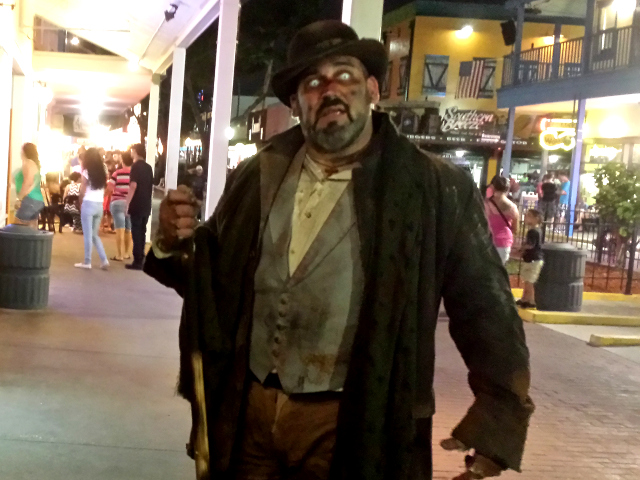 In an era when haunts were generally staffed by volunteers or minimum-wage teens, Terror was a professional theatrical production. Creative Consultant and Artistic Director Ignacio Brieva, of the Monsters & Monsters Production group responsible for the original concept, had an extensive resume that includes running a school of magic and consulting with Fortune 500 companies for their European product rollouts. Daily operations manager Maria de la Roza had a strong background in advertising and marketing, and previously served as the Director of the Art and Art History departments at a high school in Orlando. Show Director David Clevenger had spent 8 years as the Managing Artistic Director at the Ice House Theater in Mount Dora, and was an occasional Guest Director for the international award-winning Theatre Winter Haven. Up-and-coming makeup guru Alan Ostrander, who went on to design makeup for TV and film, was hired as Head Makeup and Character Designer.

Under the guidance of these talented professionals, the best of Orlando’s local talent was carefully auditioned, groomed, and developed. Actors had to show a great deal of natural ability to pass the audition, but once they were in, their talents were taken to the next level. Terror was a proving ground for many who would go on to careers at the theme parks or in television and film. 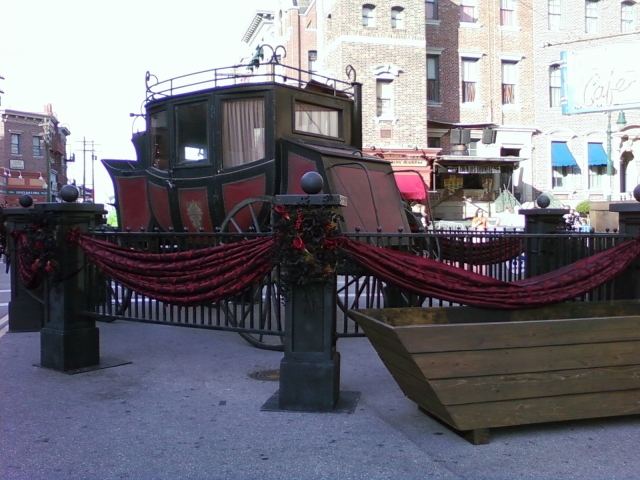 With the goal of putting visitors inside the horror, Terror on Church Street relied heavily on movie-quality props and sets. While most haunts of the era used black plastic or plywood backdrops with a  few highlight props, all of Terror’s sets were fully realized. From the attic to the boiler room, each set was packed with items that enhanced its theme and ramped up the horror. Lighting designs were carefully crafted to heighten the realism while providing the actors with places to hide, and the sound designs added to the feeling of foreboding. With such a laser focus on detailed realism, Terror wrote the rules that are still followed today. Now, entire haunt industry seminars focus on such details as how to make props look aged, how to create realistic-looking stage blood, or how to properly dress a set.