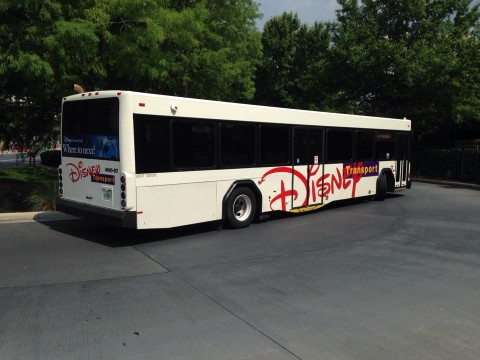 Disney makes it easy to get around property without a car, but there are so many options it can quickly get confusing. Here’s a rundown of all the transportation options in Walt Disney World with some tips to help you find the best one for your needs. 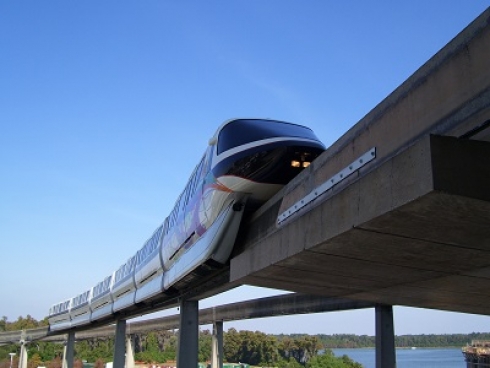 The monorail at Walt Disney World is so popular that some guests will ride it just for fun. The automated warning to stand clear of the doors ("Por favor mantengase alejado de las puertas") is even featured on a t-shirt. Despite the novelty factor of the monorail, it’s still a means of transportation that’s essential for many guests staying on property.

Benefits of the Monorail:

It’s clean, air conditioned, and just plain fun. Getting on and off the monorail is a great way to do some resort hopping around the grandest hotels on property. Walt Disney World has a collectible set of transportation cards for the monorails, so ask Cast Members here if they have any on hand.

Drawbacks of the Monorail:

Thanks to its massive popularity, the monorail can get extremely crowded during peak hours (typically around park opening and closing and at dinnertime). The monorails can also experience electrical problems from time to time and briefly stop on the tracks. Though this is rare, the cars get stuffy very quickly without air conditioning. 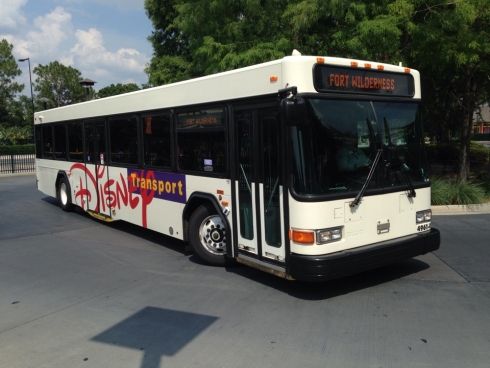 You can get to and from nearly any destination on property by bus, but you may have to make one or more transfers to do it. The theme parks, water parks, resort hotels, and Downtown Disney are all serviced by Disney buses.

You can enjoy direct park to park transportation via the following routes:

You can get to Disney’s ESPN Wide World of Sports from:

You can get to Downtown Disney, any Disney theme park, and the Disney water parks from any Disney resort, and vice versa. This means that guests staying at a Disney resort will enjoy direct transportation to and from nearly any destination on property. If a bus isn't available from your resort to a certain park, it's probably because a monorail or boat services this route.

Buses offer a free and air-conditioned way to get just about anywhere on property. In cases where direct transportation isn’t available, such as getting from Downtown Disney to a theme park, you can still make the trip with a transfer at a hotel.

Walt Disney World has a line of collectible transportation cards for the buses, so make sure you ask the drivers for these!

Buses lack the novelty of other forms of transportation so a crowded Disney bus is still just a crowded bus. This transportation option should be used as your last resort when you can’t use a monorail or boat to get where you’re going.

If your trip includes a transfer, see if you can use a boat to get at least halfway there. For example, you can take a ferry from Downtown Disney to various resorts and take just one bus ride from there to your final park destination. 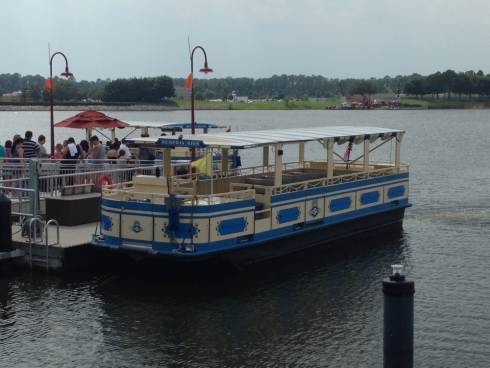 There are several boats on property that will take you from Disney resorts to parks and other destinations. Your boat options include the following.

Water Taxi to the Magic Kingdom from:

Ferryboat to the Magic Kingdom from the TTC.

Friendship Boat to Epcot or Disney’s Hollywood Studios from:

Ferryboat to Downtown Disney from:

Benefits of the Boats: The boats are a scenic way to travel from one destination to the next, and are particularly useful if you want to do some resort hopping. The boats and monorail go directly from resort to resort along their route, so you can hop on and off and check out different hotels. If you’re traveling by bus, you’ll have to transfer at a park to get from one resort to another.

Walt Disney World offers a collectible line of boat transportation cards featuring different watercraft. Make sure you ask for these!

Drawbacks of the Boats: The boats won’t operate if there’s lightning within 5 miles of the resort or high sustained winds. If it’s raining but the boats are still running, you can get wet. The smaller boats aren’t air conditioned.

You can not walk to MK from the Poly. You probably want to check that again.

I don't think it says anything about walking to MK from the Poly, it does say you can walk there from the Contemporary though.