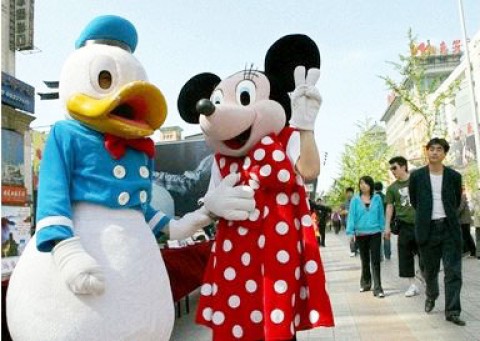 With Shanghai Disneyland in the works, it’s high time to size up the competition. Asia is full of parks that border on (and sometimes surpass) copyright infringement on Disneyland's characters, universally-known buildings, and outstanding attractions.

In fact, so many have tried to duplicate Disneyland’s success and beauty, Asia has more fairytale castles than the United States (though not all are still inhabited). So take a look at the parks below and draw your own conclusions – can Shanghai Disneyland compete with Asia’s other “Disney” parks? And can any of the alleged copycats withstand the "real thing" moving into town? 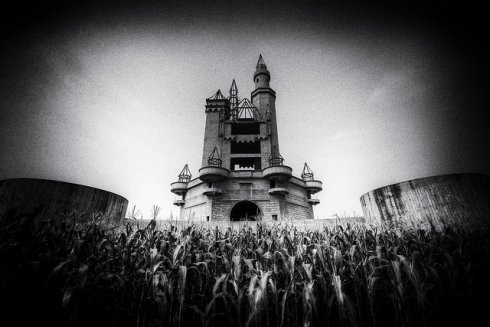 A fairytale castle stands as a beacon of what might have been for farmers working the fields that used to be earmarked for Beijing's Wonderland. Image: Stuck in Customs

A bid to construct Asia’s largest theme park fell through amid troubling economic times in 1998. The land was reclaimed for farm use, with fields of crops overtaking much of the 100 acres designated for the park’s use. As such, farmers found their 100-acre field protected by a twenty-five foot castle wall boundary intended as the park’s gates. Passing through the steel framework of a never-completed main street, crops were tended around the base of a unfinished concrete castle. The images are intriguing and eerie at the least. 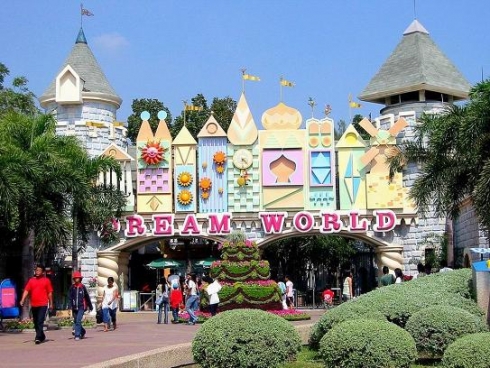 Dream World in Thailand’s Pathum Thani province is a truly quaint, entertaining family park with quite a few interesting gardens, family attractions, and some uniquely done rides. But in name, the park borrows quite a few Disney themes. First of all, the Fantasy Land area features “Sleeping Beauty’s Castle.” In Adventure Land, you’ll find an amalgamation of jungle and future themed rides, and a select few attractions that harken to Disneyland favorites: “Haunted Mansion,” “Monorail Tour,” “Space Mountains” and the unfortunately named “Red Indian’s Boats.” And guests entering park pass under a façade that unmistakably resembles Disneyland’s “it’s a small world.” 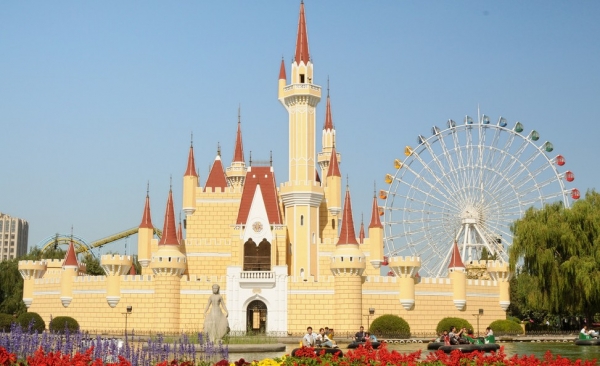 Where can you find Mickey Mouse, Shrek, Bugs Bunny, and Hello Kitty residing together in a fairytale castle next to a replica of Epcot’s Spaceship Earth? Well, nowhere. But you can find their unauthorized counterparts at Shijingshan. There, in the shadow of Cinderella Castle’s evil-twin of sorts (trading in white and blue spires for tan and red ones) you’ll find familiar characters who the park officially defends are based on Grimm’s Fairy Tales. You can decide for yourself, of course, but the park’s official slogan translated to English reads: “Disney is too far to go, please come to Shijianshan!“'

Lotte Park's success is not only due to it borrowing ideas and concepts from Disney, but also having former Disney Imagineers re-work their theming and image. In fact, there are plenty of new and upcoming parks and attractions in China being designed by the same group and other companies that have former Imagineers.

Where is Europa Park?!