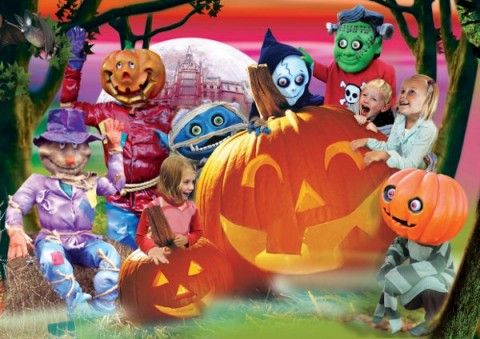 It seems like just yesterday that theme parks were bustling with guests; across the UK we were anticipating the blistering heat of summer trips (although, it must be granted, no such heat arrived in Britain). Yet still we race towards the end of the season and of course, with it, the highly anticipated Halloween events.

Alton Towers has built an enviable reputation for its Halloween celebrations in the past few years; there is no doubt this in the main is simply because the Towers and their grounds have such a charming, yet ominous aura. The all-round family park calls its particular brand of horror entertainment "Scarefest", which reflects the fact that it caters to all ages, unlike the approach that many major world parks take, focusing on grown-up thrills alone. The event will run from October 15-31 and will see the park's main rides remaining open until 9pm, ensuring pitch black night riding for those brave enough.

The signature attraction is the legendary Terror of the Towers maze. It is included in the entry price, and flaunts the real towers in all their glory, so give it a try even if just for the architecture! Precise plot details vary from year to year, and although it is not as strong in terms of the story as nearby Hex, it utilises the Gothic setting brilliantly, mixing fun spooks with genuine terror at the climax. Make sure you allow time for it and join the queue before it opens - it gains the longest lines of any of the temporary attractions, but it is well worth it. 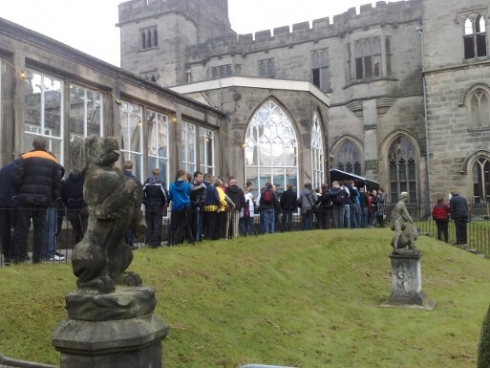 Terror of the Towers attracts lengthy queues throughout the Scarefest events.

In previous years, Scarefest's other two horror mazes have carried an additional charge and have been located outside of the park in the grounds of the Alton Towers hotel. While guests will still have to pay extra to experience them (£7 per maze or £12 for both), in 2011 they will both be hosted inside the park itself, making use of the tent in X-Sector that used to host the Black Hole rollercoaster.

The Boiler House returns for its fourth year, and understandably carries a suggested age limit of 14. As with Terror of the Towers, plot specifics change, but in general the groups of guests experience the murderous fury of the Hamble twins; serial killer siblings who commit their crimes in an abandoned boiler house, and are back on the prowl for you! It is a very physical experience; much more of an escape than a maze, you'll find yourself sprinting and ducking until the very end, and it features actors aside from the murderers playing other distressed victims, which adds an extra layer of depth to the experience. If you have the guts for The Boiler House definitely go at night - the crime scene terror is elevated massively. 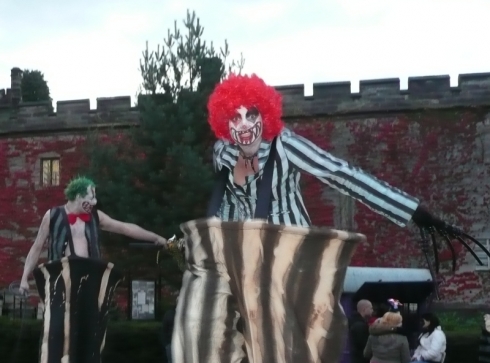 Carnival of Scream's clowns will be unleashed in the Black Hole tent this year.

Talking of screaming, the final maze, Carnival of Screams, returns for a second year, with its villainous group of circus freaks. Although there is something truly terrifying about clowns with bad teeth and face paint, this maze is as much comical as it is scary and provides the fewest scares of the three thrill attractions, meaning it is probably suitable for anyone over the age of 10. If anything it is slightly lacking compared to the other mazes, the plot is virtually nonexistent, but there is rumour that there will be an added twist to this year’s Carnival, described as a "terrifying stranger who lurks in the shadows."

New for 2011 Scarefest attraction is the ZOMBIES! Scare Zone. Replacing the much appreciated Skelvin's Haunted Adventure, which was housed inside the Duel building, this new walkthrough is included with park admission and will send guests down a winding deserted path, to face swarms of the undead. It is great to see zombies make their return to the Towers after the Field of 1000 Screams was dropped last year, and it sounds like this new area will be a pretty physical deal, perhaps as much as The Boiler House.

For the little ones Alton Towers provides a show, Trick or Treat Doors, which involves three friendly witches interacting with the crowds and handing out sweets, an unbeatable mixture, to keep the children happy and entertained. The ever-popular Halloween mascot, Skelvin, will be back, although not in his Haunted Adventure this year, but parading through the park with his friends Franklin, Patch and Phil for endless hugging and photo-taking. 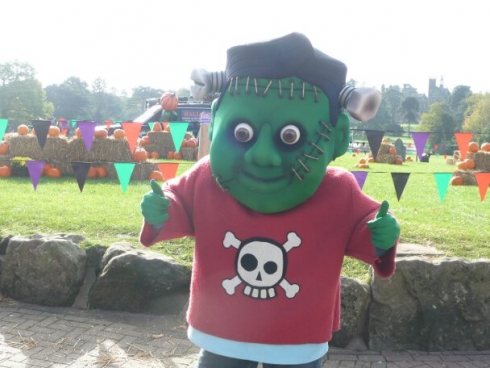 Franklin will get his own attraction for Scarefest 2011.

Franklin himself, a Frankenstein's monster-like character, lends his name to the new children’s attraction of 2011; Franklin’s Freaky Farm, which is a makeover of Old MacDonald’s farm. Involving storytelling, shows and meet-and-greets it is designed to be a hit with parents and toddlers alike.

With the multitude of exclusive shows and attractions, it's easy to forget that Alton Towers has one of the best ride line ups this side of the Atlantic and all of the major rides will be in operation until late. It almost seems as if the majority of them were designed with Halloween in mind; Nemesis, Oblivion, Hex and Thirteen simply fit the bill straight off. 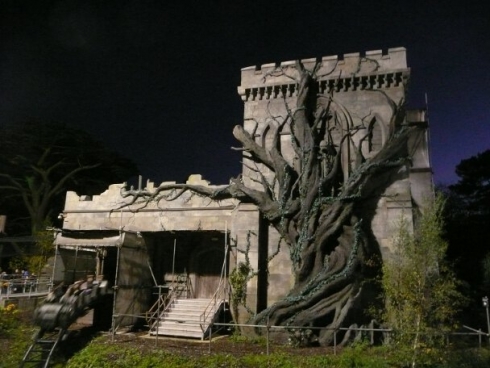 The creepy atmosphere on Thirteen is heightened in the dark.

Thirteen especially is dolled up for the event; the Crypt is particularly menacing in October time, and there are usually actors hovering around the queue line, including the mysterious girl from the original teaser trailers. Whether you’re interested in the thrills of night riding or not, it’s great to have an extra 3 hours to fit all of your favourite rides in.

As always, we're looking forward to Scarefest 2011. Every year the event seems to get better; it will be a pleasure to match this one up to previous years. If you go to one Halloween event this year, make sure it’s Scarefest. The Towers provide something for literally everyone and it’s not one to miss.

Tickets for the Scarefest horror mazes can be booked online via the Alton Towers website. For those hoping to stay close to the park following late opening (including in its on-site hotels), Play and Stay is currently offering 10% off short breaks when booked via Theme Park Tourist before September 30, 2011.