How to save money at Universal Studios Hollywood 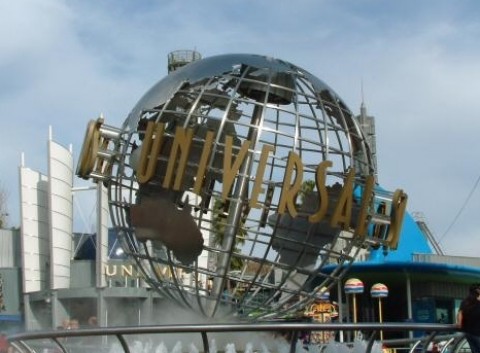 A trip to Universal Studios Hollywood is always great fun, but the cost of admission, food and souvenirs can soon mount up. Universal still isn’t quite as proficient as Disney at emptying the pockets of its customers, but nevertheless there are a number of ways that you can make small savings that can add up to tens or even hundreds of dollars on a family outing to the park. We’ve collated our top tips for saving money at Universal Studios Hollywood below.

Visit during the off-season if possible

Tickets prices at Universal Studios Hollywood remain the same all year round (although attendances vary greatly as discussed in our time-saving article). However, if you’re planning on staying near the park (for instance, at the Sheraton Universal official hotel), then prices for hotels vary dramatically depending on the time of year. If you visit during the off-season, you can expect to pay much less.

These are the times of year to avoid if you’re travelling on a budget:

The quietest (and therefore cheapest) periods to visit are:

Important note: there are downsides to attending during the off-season. Most notably, the parks' opening hours may be shorter. Shows may take place less frequently (or not at all), and rides may be down for refurbishment. Check ahead on Universal's website to avoid disappointment.

Buy your tickets online, in advance

It is almost always cheaper to buy your tickets for Universal Studios Hollywood online in advance of your visit. There is an option to print the tickets at home – so you can do this as late as the night (or even morning) before you go. The discounts are not huge (usually just a few dollars) – but Universal often sweetens the deal by giving online purchasers extras such as 2 days entry for the price of 1.

Although tickets can be purchased directly through Universal's website, they are usually slightly cheaper through Ares Travel or BeachCalifornia - check the latest rates before buying.

If you're planning on visiting other attractions in Southern California, such as Disneyland or San Diego Zoo, there are multi-park ticket options which may prove better value than paying for individual admission to each park.

The Southern California Attractions CityPass includes a 3-Day Park Hopper Bonus ticket to Disneyland Park and Disney's California Adventure Park. You can take advantage of park hopping which allows you to visit both theme parks on the same day. It also includes 1 day's admission to both Universal Studios Hollywood and Seaworld San Diego, plus 1 day's admission to either San Diego Zoo or San Diego Zoo's Wild Animal Park. It is currently priced at $259, which is significantly less than the sum of its parts.

However, this option won't be cheaper for everyone. If you only plan on visiting Disneyland and Universal Studios, for instance, you’d save around $10 by buying separately the 3-Day Park Hopper Bonus ticket for Disneyland and a single-day admission ticket for Universal Studios. Similarly, if you only plan on visiting Disneyland for one day, it may be cheaper to buy tickets individually – do the math before purchasing.

Another option is the the Southern California 2-Park FlexTicket, which gives you unlimited admission to SeaWorld San Diego and Universal Studios Hollywood for up to 14 consecutive days. Currently available for $99 from BeachCalifornia, it can save you $40 on the cost of separate single-day tickets.

Finally, if you plan on visiting a lot of attractions in one visit, you can get the Go Los Angeles Card. Among many other attractions, this includes entry to Universal Studios Hollywood (only on 3, 5 and 7-day cards), Knott’s Berry Farm, Six Flags Magic Mountain and LEGOLAND California. Again, be sure to check that the cost of the separate tickets (with online discounts) for the attractions you want to visit is not cheaper.

If you plan on visiting the park several times during a single year, buying an Annual Pass is likely to be cheaper than paying multiple admission fees. Universal currently offers 2 types of annual pass (the previously available Value Annual Pass is not currently listed on Universal's website), both of which include discounts on food and merchandise:

Annual Passes for Southern California residents are even more generous – currently, they are able to buy a Value Pass for the whole of 2010 (minus 15 black-out dates) for $69 – the same price as single-day admission. See Universal Studios Hollywood's website for details.

Shop around for hotel deals

The official hotel of Universal Studios Hollywood is the Sheraton Universal Hotel. It regularly offers discounts and special offers through its website.

Although the Sheraton Universal offers fantastic views over the park, there are much cheaper options elsewhere. In particular, if you are also planning on visiting Disneyland, there are a huge number of low-cost hotels and motels within a 2-3 mile radius of Disneyland, that are also within an hour's drive (depending on traffic) of Universal Studios Hollywood.

To find a low-cost, good value hotel near Universal Studios Hollywood or Disneyland perform a search through Kayak, Hotels.com, Travelocity, Expedia and Ares Travel. It's worth checking reviews of the hotel before booking through TripAdvisor.

Bring your own snacks and drinks

Bringing a few snacks and drinks in a backpack can save you a bit of money on the expensive snacks and soft drinks sold within Universal Studios Hollywood. Bringing a few empty bottles to fill from the water fountains that are dotted around the park can also ensure that you won’t be constantly shelling out for bottled water to combat the hot California weather.

Bring essential extras with you

Make a list of essential items before you go – things like suntan lotion, camera film, hand wipes, etc. You can buy all of these within the park – but at a significant premium. Pick them up at a supermarket before you go and bring them with you to save a few more dollars.

Do you have your own tips for saving money at Universal Studios Hollywood? Why not share them with others through our theme park tips section? If you spot something wrong in the article, or disagree with any of the tips, please let us know through the comments or by e-mailing us.

Retro Rewind: Beyond Behind the Scenes - Universal Studios Hollywood