The Top 10 Tallest Roller Coasters in the World 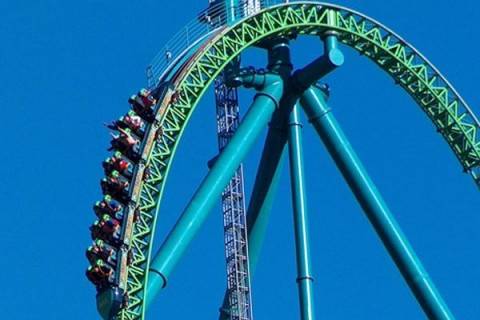 There’s no doubt that the most gut-wrenching roller coasters are the ones that take you to dizzying heights.

Whether you’re a vertigo sufferer or not, teetering at the top of 300 feet of brittle steel is never a pleasant experience. So why the heck do we ride them? Well - it’s all part of the fun, isn’t it?

Let's take a look at the 10 tallest roller coasters in the world. 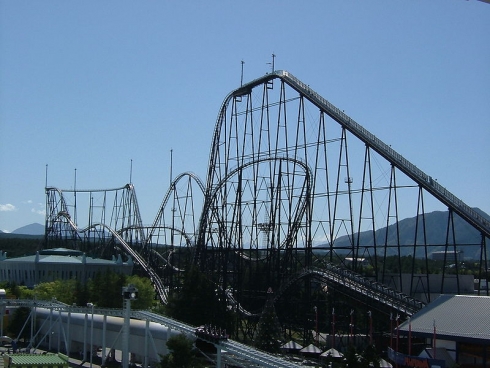 I’m guessing you’ve now heard of Fuji Q Highlands, (which is located in Japan, by the way) and possibly also this particular ride which, at over 6700 feet long, is the 4th longest roller coaster in the world as well. It opened in 1996 as the first in what is a now a quartet of major rides at Fuji Q (Eejanaika being the third) and as the tallest coaster on the planet. What needs to be said about this bad boy has already been said, but nonetheless it packs one heck of a punch and is notorious for being one of the roughest rides around. Despite being the first of said group of coasters, it is still Fuji Q’s largest at 259 feet and staring down the barrel of a wonky Togo first drop gives quite a fright. 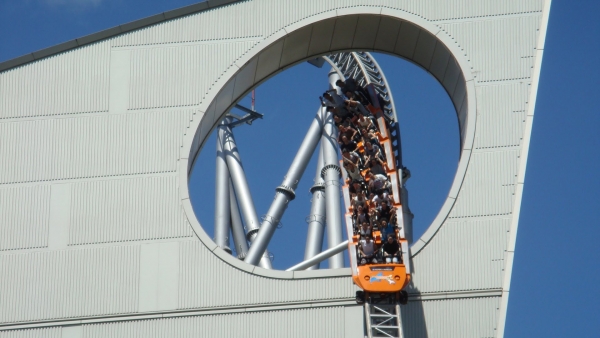 Part three of “large and weird Japanese rides” is this monstrous contraption. It sits in central Tokyo, standing at 262 feet tall, wrapping around the nearby skyscrapers, diving through walls and gliding over roofs. Being an Intamin hypercoaster, you would imagine this thing would be packed full of airtime, unfortunately there isn’t enough space for any airtime moments and it spends most of its time turning around. Despite being a little disappointing in most enthusiasts' books, its first drop at 80 degrees is a stunner and the ride is well worth a try if you’re around Tokyo.

So now for the big boys. Intimidator 305 takes Thunder Dolphin’s 262 feet and raises it to, yes you guessed it, 305 feet.The ride is the third gigacoaster (coasters between 300 and 399ft) to have opened so far, coming 10 years after the original two, which obviously make an appearance later on in this list. Disappointingly Kings Dominion went for a height which rests just beneath the other two, but of course the coaster is still a mammoth of a ride. Unconventionally, the ride doesn’t have a long out-and-back layout, but rather a very twisted one. This of course means that with such a high speed (92 mph) it produces some rather extreme forces. The 300 feet drop is followed by a banked turn flat to the ground, which has often made riders ‘black out’ briefly. As a result the park has taken many courses of action and this has meant that the ride has become a bit of a nightmare for Kings Dominion. At first a trim brake was installed straight down the drop, cutting off 12mph, but because of such a reduction in ride quality, Intamin were eventually called in to re-profile the turn and first hill. The ride now runs at full speed and many name it as the best roller coaster in the world.

Leviathan is the first coaster manufactured by Bolliger & Mabillard to exceed a height of 300 feet (at 306 feet tall), and is an amazing 5,486 feet long. It earns its place in this list with a top speed of 92 miles per hour, making it the tallest and fastest roller coaster in Canada.

The original gigacoaster, Millennium Force is the embodiment of power and style. A veritable speed coaster, it whips around 6595 feet of track at speeds of up to 93 mph. And the producer of these speeds is the daunting 310 feet lift hill. The first drop, taken at an angle of 80 degrees, is often credited as being the finest in the world and is undoubtedly the best part of a really, really superb ride. Flying through speed hills and overbanked turns, the ride deserves its reputation as one of the best coasters in the world.

Millennium force is my favorite out of the ones on the list that I have been on.

If only I could have let him know that an exalted karmic Jupiter is a way
of the Universe telling that person that it will all
work out in the end and that even if things seemed utterly void
of hope that divine guidance and inspiration would come from it.
Kate, Ledger's older sister was an actress and
became a publicist later. During the interview Heath Ledger claims
that that he had taken two Ambien pills, after taking just one had not sufficed, and those left him in "a stupor, only to wake up an hour later, his mind still racing.