It was only a few days ago that we discussed the lack of dining options at Disney’s Hollywood Studios, now that much of the park is now closed to make way for Star Wars Land and Toy Story Land.

While the currently re-worked Writer’s Stop kind of serves as a stop-gap (no pun intended) to try and mitigate this issue somewhat, news site WDWNT broke some interesting news yesterday about another half-measure that Disney's Hollywood Studios is reportedly taking in order to beef up its beverage options around the park. And depending on the execution, this newest reported effort could either be awful or amazing... 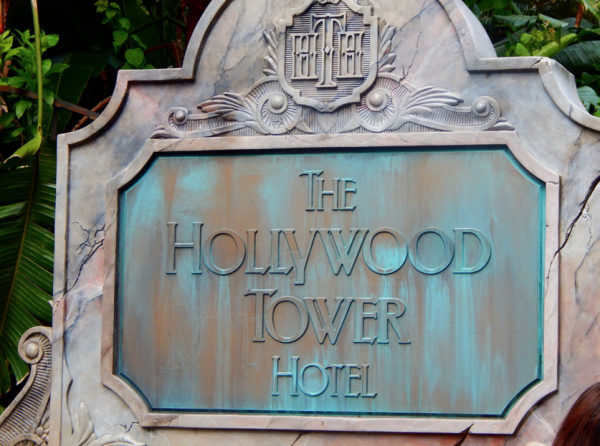 According to WDWNT The Twilight Zone Tower of Terror attraction will soon be home to a new bar. While details at this point are scarce (and Disney has not confirmed this development yet, which is why we're still calling it a rumor), here’s what is currently being reported: this new drinking establishment will be located at the exit of the ride, across from the PhotoPass area, right before the entrance of the Tower Hotel Gifts store, and could open in the very near future. You can see the proposed location below: 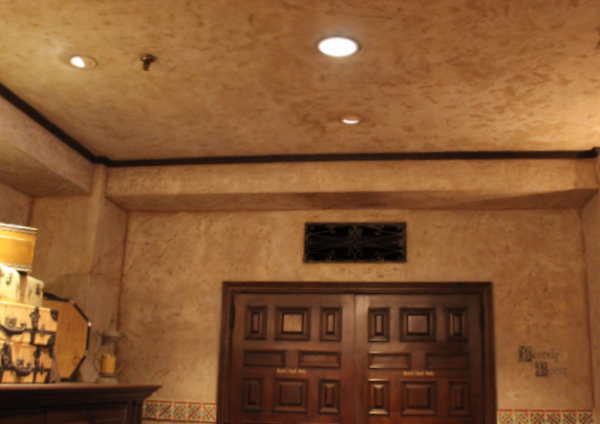 We don’t know what kind of menu items this location might have, but Tower of Terror-themed libations seem like an obvious addition, with perhaps a few grab and go snacks on offer as well (there’s no equipment for a kitchen here, so nothing requiring more preparation than a soft pretzel will be able to be served). Although we're curious what the menu will be comprised of when this new drinking location opens, there's something else that is keeping up from getting too excited about this rumored project... 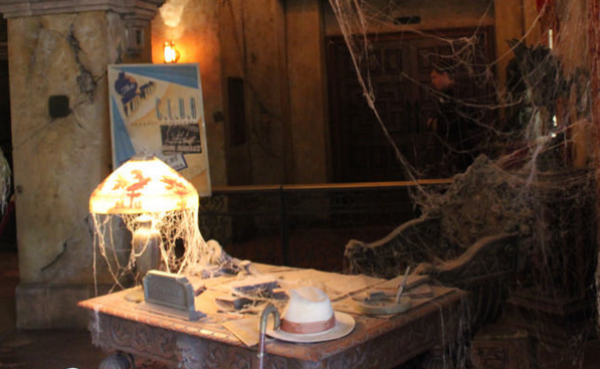 Given the rich theming of the Twilight Zone Tower of Terror attraction, it is quite possible that Disney could create an impressively themed bar that would recall the rich storylines that guests experience not only during the actual Tower of Terror ride, but in the queue as well. In fact, Tower of Terror enthusiasts probably already know that a bar known as the Tip Top Club is referenced twice in the queue (you can see a sign for this fictional lounge above).While this bar is supposedly located at the top of the Hollywood Tower Hotel (spoiler warning: it doesn't actually exist) it would be really neat if Disney could use the storytelling devices already in place at the Tower of Terror to extend the cohesive world that this attraction creates into this new watering hole.

While the possibilities are certainly tantalizing to think about, unfortunately the reality of what is happening at Disney's Hollywood Studios makes it nearly impossible for Disney to create the sumptuously themed Hollywood Tower Hotel bar that you might currently be envisioning. Disney is likely looking to rush this new location to opening as soon as possible, which means there’s not going to be a lot of time to incorporate a truly immersive theme similar to that used in other recently opened watering holes like Jock Lindsey’s Hangar Bar and Trader Sam’s Grog Grotto. Instead, Disney might be looking to create a "lounge" similar to the "D-Zone" lounge at Epcot that popped up briefly last summer...but then quickly went away 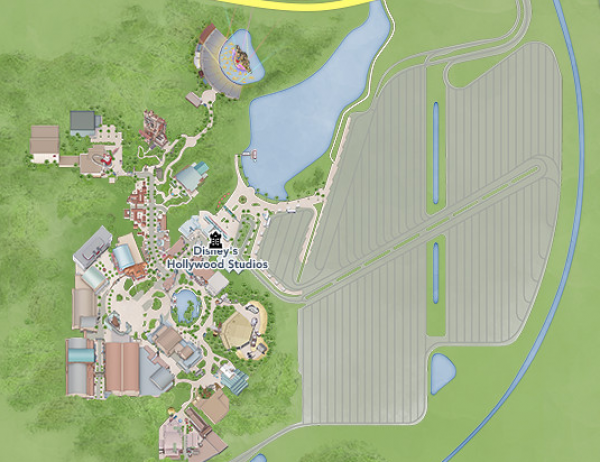 While official details have yet to surface, if you are feeling excited about the prospect of this new bar, it is important to temper expectations with the reality of the current state of affairs at Disney’s Hollywood Studios. This is a park grappling with losing nearly half of its attractions in the past two years, and has suddenly found itself in dire need of food and beverage offerings (amongst other things) to help it string itself along until Toy Story Land and Star Wars Land are ready to go, hopefully before the end of the decade. While we don't want to think that this new effort with be a simple kiosk-style installation, that seems like the more likely scenario given the current circumstances at this park.

Here's hoping they have a Tower of Terror themed hotel to stay in, with a lounge similar to the Adventurer's Club.