Security changes have been happening at theme parks all around Orlando, and it looks like Disney is making even more changes this week, most notably at the Disney Springs shopping center.

Last week at Disney Springs there was an unfortunate event that transpired where two guests got into an altercation at a restaurant and one party threatened firearm-related violence against another. Though no actual violence transpired, several guests overheard the altercation and panicked, sending a rush of people racing away from the scene in what ended up being a small-scale panic (that got an unfortunate amount of attention via social media).

Though the actual situation wasn’t serious (you can read more about it here), Disney has confirmed that it is implementing new security measures across Disney Springs, likely as a response to the panic that ensued after this event (though they have denied that in a statement to the Orlando Sentinel). Though we don’t know if these latest increased security measures will last long term, here are two policy changes going into effect over the next few days at Walt Disney World

1. There will be a mounted police presence at Disney Springs 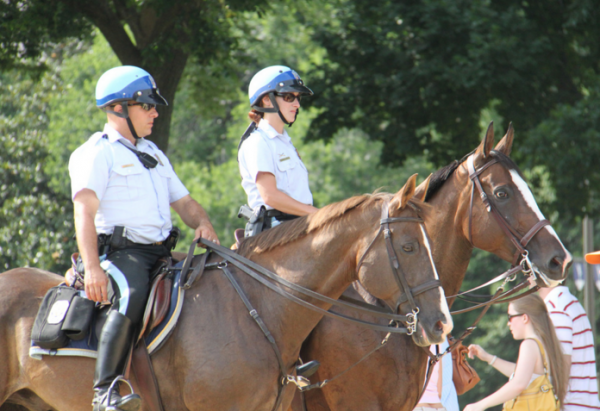 Though guests may be used to seeing regular police officers at Disney Springs (especially in recent weeks as law enforcement has been beefed up all around the resort for the holidays) horse patrols are unique as they can help control crowds, which is useful for an area like Disney Springs which has large walkways and open areas. Mounted police also have a height advantage that allows them to more easily see guests and be seen by guests wanting to flag down an officer. 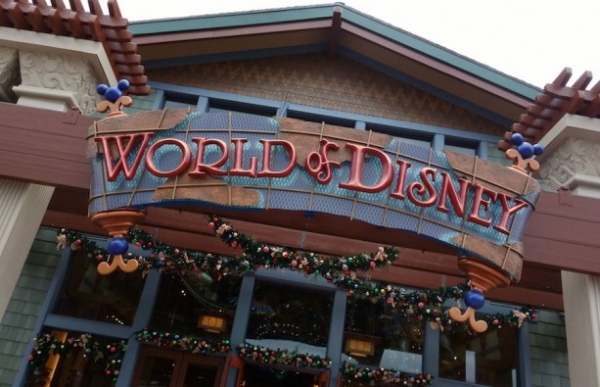 Interestingly, this isn’t the first time that officers on horseback have patrolled Walt Disney World. Mounted law enforcement has had a presence at various locations around the resort in the past, but the theme park stopped using them just a few years ago because of the waste material they left behind. However, it looks like a solution to this issue has been found, and guests will be seeing mounted officers very soon at this shopping district, for what could potentially turn into a longterm or perhaps even permanent engagement.

These new deputies on horseback will join the 63 sheriff's employees who already serve the resort, and Disney has the option to add more security to Disney Springs (or anywhere else at the resort) at any time.

When you have an area of bars..even at Disney..there will be issues. To try to downplay the threat of violence is just crazy.

"I've never heard of another theme park that would be willing to store a firearm for somebody." --Um, Universal Orlando will allow you to store you weapon with CityWalk security. You're given the only key and if you lose it, you gotta pay for the lock smith. the fact this guy does know this is kinda sad for the position that he's in.

It's a small price to pay for safety. A terrorist in Disney would have a field day. That just can't happen, whatever it takes.

Why anyone feels the need to bring a gun to an amusement park is beyond me. And since it's a privately owned company Disney can make any rule they want about guns coming onto their property.

I carry a gun on me 24/7. Doing that kept me alive overseas multiple times. To me my weapon is like others cell phones. I feel lost when it's not on my side. I do fully agree the company can make any decision they want on their property. Just means another place that doesn't support the second amendment, in which I will not be attending. Never used my weapon for harm, only for the security of myself and those around me that were threatened. Not everyone with a gun has a negative agenda.