Though Walt Disney World is a source of modern-day magic for millions of guests every year, this magic unfortunately doesn't come cheap. The price of a trip to Walt Disney World is increasing all the time, for both local residents as well as visitors from every corner of the world. However, even though Disney doesn't look like it's going to be cutting prices any time soon, the good news is that there are plenty of ways to make a Disney vacation a lot cheaper. If you are looking to save money on a trip to Walt Disney World in 2016, here are some practical tips and tricks you can use right now to save hundreds of dollars on your upcoming vacation, including one that was just announced this week and can be used immediately:

This week Disney unveiled the first discount packages for 2016. Though we're expecting several more "waves" of discount packages, guests looking to visit Walt Disney World in the next few months can take advantage of the following three limited time deals:

Family Time Package Offer: This package deal allows a family of four to enjoy a 5-Day/4-Night Walt Disney World Vacation for as low as $1,714 Sunday through Thursday nights February 22 through March 3, 2016 and April 3 through May 26, 2016 at Disney’s All-Star Music Resort.

Kid Sized Walt Disney World Resort Getaway: This package is aimed at the most budget conscious consumer and allows families of 3 to experience a 3-night, 2-day stay in a standard room at Disney’s All-Star Music Resort with theme park tickets for a $908 for stays most nights Sunday through Thursday from April 14 through May 26, 2016.

General springtime hotel discount: Finally, Disney announced a third, more flexible offer where guests can save up to 25% on hotel stays most nights between April 14 and June 11, 2016.

Though this is just a sampling of the deals that will be offered in 2016, they are a good representation of the types of deals that consumers can take advantage of during a typical year. Though you won’t save a huge amount, by staying at a specific resort or traveling during a certain time period, guests can shave a few hundred bucks off their total vacation bill. 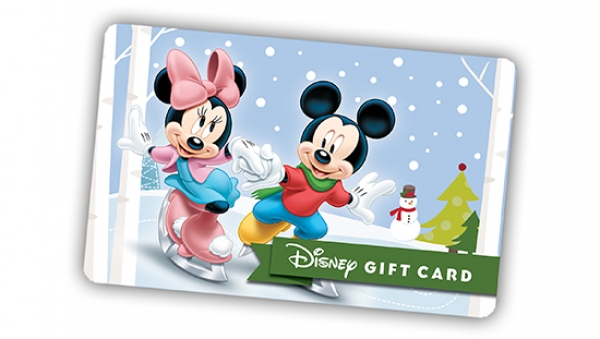 Outside of taking advantage of Disney’s own internal promotions and deals, guests might feel like there isn’t much they can do to save money on a Walt Disney World vacation. After all, it’s not like there are coupons that can be used at the gate. However, there is an interesting way that you can actually save a decent amount of money on your Disney vacation.

Retailers like Costco and Target often sell Disney gift cards at a discount that puts the value of these gift cards above their price. For instance, during the Christmas shipping season, Target was selling Disney gift cards at a 5% markdown, and shoppers who used Target’s Red Card to make a purchase got an additional, stackable, 5% discount, meaning they could buy $300 worth of Disney gift cards (which can be used for park admission, hotel stays, dining and souvenirs) for just $270, instantly saving themselves $30, without booking a single thing. Repeat this process a few times (Target only allows guests to purchase $300 worth of gift cards at a time), and you could stand to save hundreds of dollars!

I always like to order from the kids meal when possible. Slightly smaller portions at a big discount. Works very well for breakfast at a resort. At art of animation I saved $4 on kids waffles. This meant I got 2 instead of 3 and got a kids drink.

The last time we visited WDW I noticed how much food you get with the kids meal at quick service. That's all I ordered the whole trip! It was a well balanced meal at a great price.