Universal Orlando Resort has made plenty of smart moves over the years. From expanding its blockbuster Wizarding World of Harry Potter last year with Diagon Alley, to its ambitious plans to open 3 new rides, a water park, and a new hotel in the next three years, Universal has been on an undeniable hot streak when it comes to growth both inside the theme parks and around the resort.

However, that doesn’t mean that Universal is making all the right moves. In fact, they’ve been doing some downright bizarre things in the past few months that simply defy explanation. If you know why these weird things are happening at Universal Orlando Resort, feel free to leave some insight in the comments, because we’re drawing a blank! 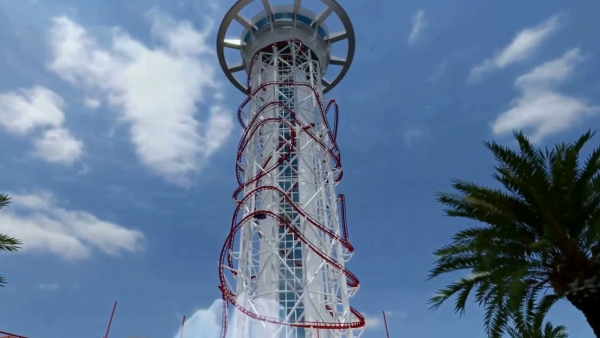 Last year we told you about plans to construct the world’s tallest roller coaster and drop tower at a new proposed complex named Skyplex Orlando, which would be right in Universal Orlando Resort’s backyard. Though you’d think that Universal would welcome this new attraction complex (it might help fill hotel rooms at the resort and get guests to stay an extra day), Universal has actually taken an active stance AGAINST the develpment of this new complex.

The Orlando Sentinel reports that Universal has been lobbying local officials to deny permits to construct this massive roller coaster and drop tower combo, citing concerns over the visual aesthetics of such a large structure as well as noise levels. And of course both of these points are completely ridiculous, especially if you’ve spent any time in Orlando in the past year.

Though the Skyplex will be taller than anything at Universal Orlando Resort, when you consider that the Orlando Eye is sitting 425 feet in the sky only a few miles away, it’s hard to believe that Universal is seriously complaining about a height restriction that has already been shattered by another attraction just a few miles away (and easily visible from the resort).

And of course things get even more ridiculous when you think about the noise complaint. All around I-Drive (including in residential areas) you can hear screams from Dueling Dragons, The Incredible Hulk, and Dr. Doom’s Fearfall. If Universal is truly concerned about noise, they would have to make some severe modifications to their own theme parks in order to not appear completely hypocritical, as their parks puts out more noise than any other in the central Florida area. 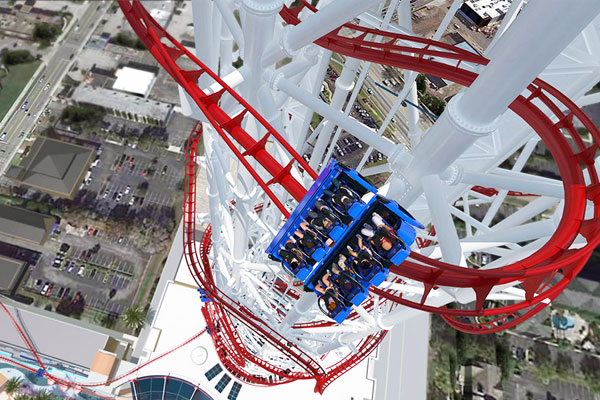 While its true that the construction of the Skyplex complex has stalled due to a number of problems, Universal shouldn’t be one of the things standing in the way of this new attraction getting off the ground. The adage that a rising tide lifts all boats is a good one here, and a new attraction down the street from Universal Orlando Resort could only benefit them long-term. However, instead of encouraging growth, Universal has chosen to privately work against this new attraction, which is quite baffling, and something we just don’t understand.

This article is mostly 'Universal haven't told us everything, we feel entitled to know their business ins and outs. How awful are they!'

It is kind of funny that you say it will not return as the Hulk, but yet ALL Over IOA, it says the Hulk returning in 2016,therefore assuming that it will return as the Hulk just with changes. IOA has an entire area of Marvel and a I don't forsee them changing it because the rights were bought by Disney. Unless you have an insider view as to your claims of 2years etc I wouldn't make such large assumptions.

Now for those who have not read contract between Disney and universal ,universal only has 2 yrs of marvel rights after Disney bought it. After that Disney can do as it see fit. They have built one marvel the am park already and it went over well . Disney is look to build another the am park in the west side that's why they are developing the west side now and have bought more land . The hulk is changeing not sure what too. But it want be the hulk no more.

This is the most ridiculous article themeparktourist has ever wrote.

As far as the sky scraper coaster...I can only assume it has something to do with some sort of land acquisition / land rights thing that Universal doesn't want to loose. They are normally welcome to new attractions coming to I-drive. I know that their third planned video themed park is being developed right now so I would say this has something to do with it. The Hulk is clearly labeled all over Islands of Adventure as returning as The Incredible Hulk coaster in 2016 so I would assume they are doing some major changes to it which is why it is being kept under wraps.