Founded in 1997, Downtown Disney was the name chosen for the expansion of The Disney Village Marketplace (formerly the Walt Disney World Village). This unique entertainment hub provided a place for guests to dine, play and shop for nearly 20 years, easily becoming a staple of a Walt Disney World visit over the years. However, on Monday, September 28th, Downtown Disney closed for the last time, officially becoming Disney Springs the following day, on September 29th.

Though there are still a few vestiges of the old Downtown Disney still hanging around, Disney Springs is going to be a completely new experience when it is finally completed next year, and it might be one that fans of the original Downtown Disney concept might find jarring, especially for those who have gotten used to these four things...

1. A place for everyone 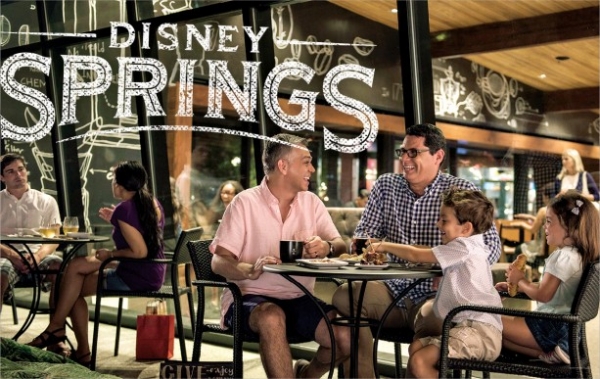 One of the great things about Downtown Disney was its inclusiveness.  There were plenty of stores for families to check out, nightclubs for young adults to have some fun at, and restaurants that ranged from fast food to full service. However, Disney Springs won’t have this same all-encompassing approach.

Disney has very carefully crafted a new vision for Disney Springs that eschews anything that could be considered “cheap”, instead opting to appeal directly to the luxury market. Recently-opened restaurants The BOATHOUSE and Morimoto Asia as well as restaurants still under construction like STK will cater exclusively to Walt Disney World guests looking to spend a lot of money on dining. While that wouldn’t be all that noteworthy by itself under normal circumstances (everyone likes to treat themselves on vacation, after all), the fact is that there are no moderate or value restaurants opening at the same time to cater to other guests. Though the argument could be made that the Disney Food Truck Park was crafted as a way to give more budget-minded guests an option, this seems like paltry conciliation for those who aren’t looking to spend a huge amount on meals during a visit to Disney Springs 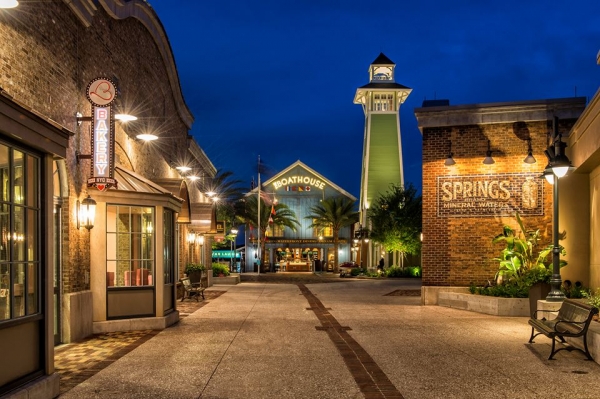 And food isn’t the only place where budget-minded consumers are being overlooked in the new Disney Springs. While Downtown Disney always had a nice mix of stores designed to cater to every budget, with new retail locations like The Art of Shaving, PANDORA, Apex Sunglass Hut, and Chapel Hats only offering designer and high end products, there are fewer and fewer opportunities for consumers who want to shop at more moderate-level shops at Disney Springs, which puts it in stark contrast to Downtown Disney, which prided itself on its wide variety of shops.

I’m so turned off my Disney’s greed. It’s definitely not the most fun place to go with your family when they price gouge everything. Now they even taking away affordable dining in Downtown Disney. It’s ridiculous how all they do is increase the cost of EVERYTHING.

Can you guys make an article focusing on what good things Disney Springs has to offer? The place did need an update. Everything at Disney evolves, updates, and changes. It's what Walt wanted to happen. Personally, I like the theme. The architecture is very appealing and I can't wait to see what the Edison and Planet Hollywood Observatory will look like.
When it comes to food, yes, it is expensive. But when is a restaurant at Disney not gonna cost you a pretty penny? Some might be reasonable, but will still cost more than what you would pay in your hometown. You pay for the experience. The reason the BOATHOUSE, Morimoto Asia, T-REX, and Rainforest Cafe are so expensive is because you can't find places that offer this kind of atmosphere and food normally. Not to mention the food is good. It's expensive, but it's expensive for a reason. Plus when I eat at those places it's mainly for special occasions, not for a regular date night kind of deal. It keeps it special. When I go to Disney Springs I eat at Cookes of Dublin or Earl of Sandwich. Yummy food at a reasonable price.
Shopping. They did open up stores aimed more for luxury, but you forgot to mention stores that opened like Marvel Superhero Headquarters. If I was in the DCP again I would love to work there! And they have neat things like buttons that are around $1 - $2 each or a book of 12 posters for $20. There are also plenty of other places there that have been opened for awhile and are amazing. Also, I don't know about the rest of you, but most of the time when I go to Disney Springs I hardly ever buy merchandise. I love to window shop and it's what my family usually does when we go. One of my favorite stores is Pop Gallery, you think every time I go in there I buy a new painting? I still go and have fun even though I can't afford much of the merchandise there because I'm still on Disney property, it still brings back memories, and it's still a great experience.

I find the theming to be great. The recent past of Downtown Disney was so fragmented in it's theming it just didn't know what to do with itself. It lacked identity and warmth. It was chaos and poorly planned. I like the direction of the theming here. Guess i'm in the minority.

Thanks for the heads-up. When I return to Disney I will know not to waste my time on what sounds like just another high dollar retail tourist trap. I can find malls and over-priced restaurants and shops much closer to home.