Walt Disney World attendance continues to break records year after year, making the resort most visited in the US, and for good reason. Even though Universal Orlando Resort has been making huge attendance gains year over year, there’s no way that this park can ever hope to truly challenge Walt Disney World’s attendance dominance in central Florida. Not only do the two Universal parks only have half the capacity of Walt Disney World’s four, but Universal simply doesn’t have the international brand recognition Disney does, even if it has been making excellent use of the Harry Potter license in recent years.

However, even though Universal can’t “win” the theme park wars in terms of total cumulative guests, that hasn’t stopped them from kicking off a rapid period of growth that has seen four rides, a new land, and even a massive hotel built in the past four years. And they’re just getting started.

Though we know about the new rides coming to Universal Orlando in 2016, 2017, and beyond, simple attraction construction alone isn’t going to help the resort truly challenge Walt Disney World. The overall goal for Universal isn't to just get guests in the park when there is a new attraction, but instead to change guest behavior over time and get Orlando area visitors to devote more and more vacation days to Universal Orlando Resort in the coming years, and to entice visitors to stay on property for at least some of their vacation. Though Universal Orlando Resort isn't trying to "beat" Walt Disney World on the attendance front, it is quietly trying to challenge the dominant theme park force in terms of guest attention using some very interesting tactics. 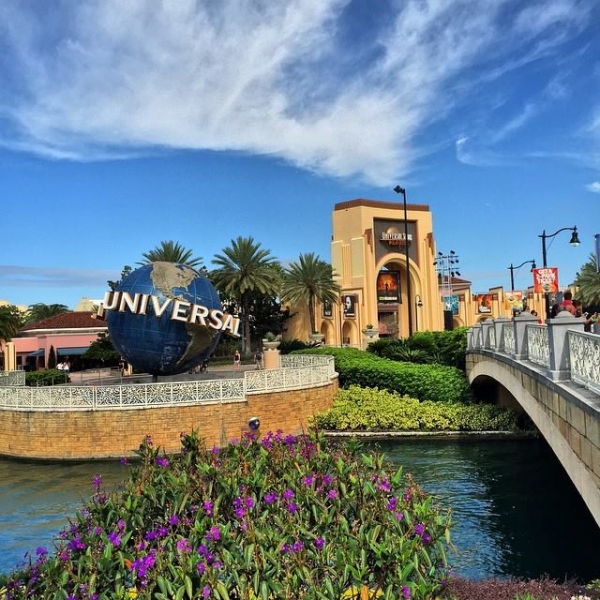 If you’ve flown into the Orlando International Airport on your way to Walt Disney World, chances are good that you know about Disney's Magical Express. This shuttle service is free for guests with reservations at a Walt Disney World hotel and is an important amenity that helps guests feel like they are on a “Disney” vacation from the moment they touch down in Orlando.

Though Disney's Magical Express has been the only dedicated theme park direct shuttle in town for some time, Universal made waves earlier this month when they announced that the Universal SuperStar Shuttle Service would offer a new service that ferries Universal guests to and from the airport in almost the exact same way as Disney's Magical Express, but with two large caveats. First off, the shuttle won’t be free, costing guests $35 for a round trip, and secondly, this is now the only direct shuttle between the airport and Universal Orlando Resort. 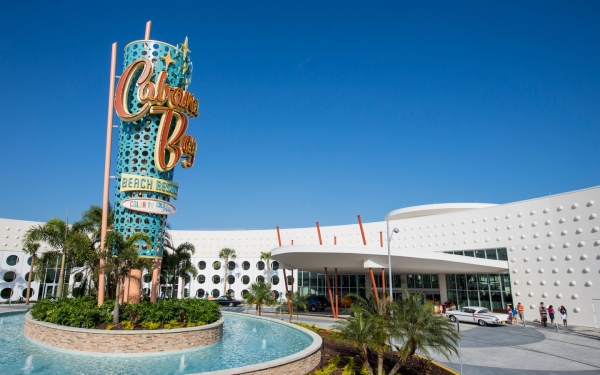 While charging an extra $35 fee on top of an already pricey Orlando vacation doesn’t sound like a great idea, Universal is getting serious about trying to get guests to stay on property during an Orlando vacation.  Though it seems that Universal isn’t quite ready to invest in their own transportation network quite yet (part of the reason for the cost is that this new service is operated by SuperShuttle), this move shows they are serious about making on-property stays as convenient as possible, in what is essentially a blatant rip-off of Disney's success.

Universal has offered shuttle service for at least 2 years now. It was available only if you booked a vacation package on their website, but it was available. I used it. Can I ask what makes this new service different?

$35 per person for the shuttle service is crazy. If you are a family of 4 (we have 5), you are spending $70 each way, which is more then a trip with UBER. If Universal is serious about having visitors spend more time at their parks and resorts, they need to make it MUCH easier. Charging $35 a head won't accomplish that.

1-Disney has perfected the art of customer service and continually strive to provide (and exceed) superior guest service. Guest service is such a high priority that cast member training is focused on exceeding guest expectations and how to turn a potentially vacation ruining incident into a positive memory and experience. Disney provides longer and continued training on this. Universal (when I went through) expressed the importance of an excellent guest experience but did not provide nearly the count of training on how to succeed in accomplishing that goal.

This was tremendously evident in my last visit to both parks. It was painfully obvious that most of the cast members at both Universal parks seemed annoyed at any question that was asked of them. They also appeared unhappy at being there. We avoided several employees because they were not "happy" and exuded an air of boredom. To be fair there were those few shining stars who were genuinely happy to be there and happy to help anyone who asked. At the Disney parks we experienced the polar opposite of our Universal experience. Cast members were eager to help out with anything and would even seek out opportunities to make guest experiences even better. In a nut shell, when it comes to guest service and experience, Disney gets it and Universal does not.

2-One thing that UO has that cannot be found at Disney are what I have come to call "fat people shaming chairs." Disney has designed their rides (thrill and all) to accommodate most all body dimensions. Disney has done their homework and understand that humanity is getting bigger. This is a proven medical and statistical fact. Disney also understands that parents will buy tickets for their kids and will tend to do so again if the whole family is having an excellent time. This is an important lesson that Universal is having a hard time learning. The"fat people shaming chairs" at Universal for those that are unfamiliar, are actual ride chairs placed out in the open in front of the attractions so people with "certain body dimensions" can sit in and determine if they can ride that particular ride. Upon closer scrutiny of the Universal offerings it becomes clear that there are only a very few rides that can accommodate a person with "certain body dimensions." I was at the opening of the Hogsmeade area and witnessed some very unhappy Harry Potter fans being disappointed and turned away because of Universal's lack of inclusion. Recently, at my visit to Diagon Alley, it has become apparent that Universal is going for the Wow factor and the Quick dollar at the cost of excluding those with "certain body dimensions.". I'm not sure what school of thought is being used but I am sure that you cannot support a policy of exclusion if you are trying to take business away from the biggest and best game in town.

Both companies have their merits and their faults, what it boils down to is who understands how vacation dollars are spent and what most of their guests do to get to their resorts. Just looking at attendance figures and viewing the positive and negative comment ratios it is apparent that Disney has a better understanding of the tourist issue and Universal has a lotorw to learn about their guests