Though summer is currently in full swing at Walt Disney World, plenty of guests are already looking ahead to this year's fall season, when temperatures will be cooler, crowds will be lighter, and guests will be able to enjoy some interesting new additions to the resort. From a new exhibit opening up at Epcot’s Innoventions to the debut of an exciting show featuring Disney characters that haven’t been seen for nearly two decades, there are plenty of amazing things going on at Walt Disney World this fall that are definitely worth checking out!

Earlier this week it was announced that Innoventions East (the side that’s still open) will be getting an all new exhibit this fall: Colortopia. Sponsored by paint company Glidden (which has a pre-existing relationship with Disney thanks to a home paint collection), this new hands-on experience promises to allow guests to interact with color in some interesting and educational ways.

Though we don't know any specifics about what exactly this newly-announced attraction will entail, we do know that the Colortopia in-park experience will be augmented with a mobile app and website which will launch alongside this new Innoventions East exhibit when it makes its debut at Epcot this fall.

2. All-new events and packages for the Food and Wine Festival 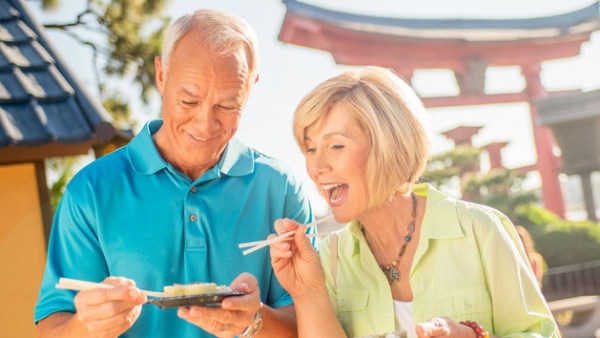 The 20th anniversary edition of the Food and Wine Festival is set to kick off September 25th, and while we already know that this year will be the first that will see food kiosks invading Future World, and that the ABC television show The Chew will have a large presence this year, some additional events have been newly announced for this 2015's festival.

First up, to help celebrate this event’s 20th anniversary, the Epcot Food and Wine Festival has announced a new sampler package that costs $55 and allows guests to claim eight entitlements for food or beverages at Food and Wine Festival Booths, enjoy reserved seating at the 6:45 Eat to the Beat concert (on the day of purchase) and bring home a special limited release 20th anniversary Epcot Food and Wine Festival pin. This new offering is something many guests have been asking for (it's a great way to budget a trip to the festival and the included souvenir is a nice touch) and should prove to be a popular option this year.

However, if you want to blow your budget out of the water, this year's Food and Wine festival also has a new high-end event debuting as well: the Rockin' Burger Block Party. As the name implies, this event will allow guests to sample burgers and spirits inspired by some of today’s top musical acts, including the Dave Mathews Band, Carlos Santana and more. This special party will take place September 25, October 8 and November 6, 2015 at the World ShowPlace Pavilion, and will cost between $99-$199 per person (depending on options). More information on booking this all-new event is available here.

Another new premium event that has been announced for 2015 is What's Cooking With..., which is this year's new celebrity cooking experience event (replacing last year's Sunday Mornings With….).  As with the previous event, a celebrity culinary guest will present a signature dish to atendees, and will then answer questions from the audience. This event will take place selects Fridays and Sundays from 10:00AM-12:00PM and will cost $129 per person. Celebrity chefs confirmed for What's Cooking With... include Andrew Zimmern, Carla Hall, Amanda Freitag, Jamie Deen, Cat Cora, Robert Irvine, Buddy Valastro, Alex Guarnaschelli and more. For the full lineup, click here.