March brings a number of big updates for theme parks around the world, including news of an expansion at SeaWorld San Antonio, the return of a looping waterslide to Action park, plus big milestones for new attractions at Carowinds, Holiday World and more! 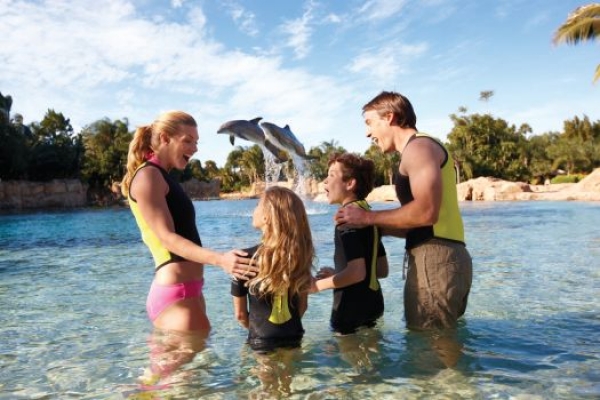 SeaWorld San Antonio has announced a new multimillion-dollar expansion project, that will bring a new dolphin exhibit and attraction to the park in 2016. This new area will nearly double the water volume of SeaWorld San Antonio’s dolphin pools to more than 600,000 gallons and will also see the installation of large viewing panes below the water’s surface so guests can watch the mammals swim and play.

As work gets underway on this new area, access to Dolphin Cove and the park’s sharks and coral reef attractions will be restricted beginning March 23rd, and remain closed until construction crews complete the project next spring. 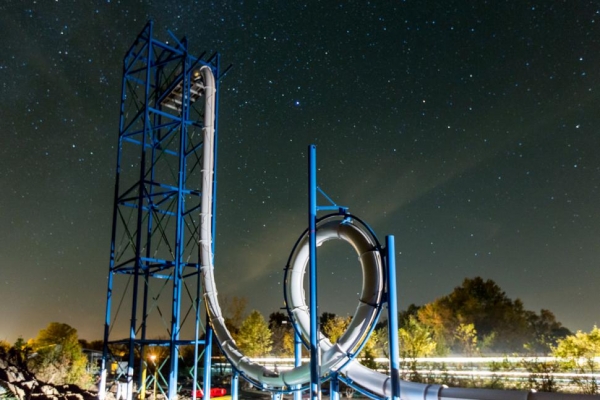 New Jersey’s Action Park is infamous for a number of reasons, the most notorious of which is its short-lived, looping Cannonball Loop ride. It looks like history is going to repeat itself, in a rather bizarre fashion, as a new looping waterslide has been announced to be coming to the park in 2016. Known as the Sky Caliber, this terrifying first-of-its kind waterslide features a gravity-defying vertical loop, 40-foot free fall and reaches speeds of more than 50 mph.

In order to keep guests in one piece, the Sky Caliber requires riders to lie down on single-occupancy rafts that have a roller-coaster inspired restraint system. You can check out a video of how this ride works below: